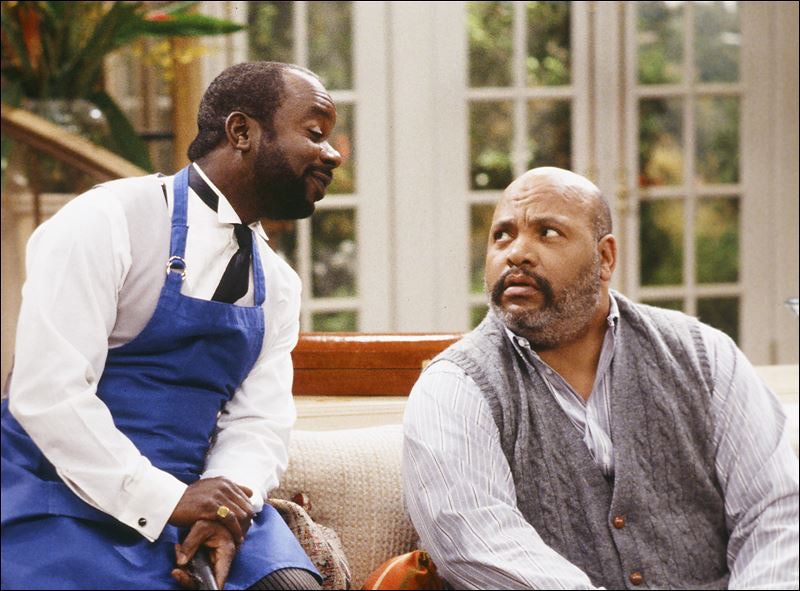 A comedy is only as good as its supporting cast. As much as sitcoms rely on their central four to six characters, it's usually the bit players who get the best, most-deserved laughs. That rule is especially true when it comes to the '90s classic, The Fresh Prince of Bel-Air . Will may have had all of the attitude, Carlton had all of the moves, and Uncle Phil had all of the wisdom, but it was the family butler Geoffrey who really had the comedy. It doesn't mean that the entire cast wasn't funny, it's just that Geoffrey was the funniest.

As the outsider-looking-in, Geoffrey was the audience's eyes and ears. He called Hilary out when she was being spoiled, Will when he was being ridiculous, Carlton when he was being a dweeb, and Phil when he was being unreasonable. He may have even gotten a few eye-rolls in to Vivian every once in a while. The only reason Geoffrey wasn't fired for all of his unfiltered sass was because he cared for the Banks family as much as they cared for him. His relationship with Phil was especially poignant, acting as his confidant and often his brother... which is precisely why his digs were all the more juicy and satisfying. He hit 'em right where they hurt!

Here are some of Geoffrey's best zingers that prove he was the funniest character on the show.

Phil: "Geoffrey, go fetch my tools."Geoffrey: "You mean your knife and fork?"

Philip Banks: "This will take care of that cricket."Geoffrey: "Sir, that's air freshener."Philip Banks: "Well, it's all we have. It might work."Geoffrey: "Yes, perhaps the scent of sea breeze will recall some painful memories for him and then he'll commit suicide."

Carlton Banks: "Hey, G, would you make me a sandwich?"Geoffrey: "But, of course."[He places a piece of bread on Carlton's head.]Geoffrey: "Now you're a sandwich."

On The Finer Things

Hillary: "Geoffrey, what do you know about wine?"Geoffrey: "I know no one does it better than you, Miss Hillary."

Marge Smallwood: "My brother, don't you know you can be free?"Geoffrey: "I have known freedom. Don't like the health plan."

To the Real King Geoffrey, We Salute You