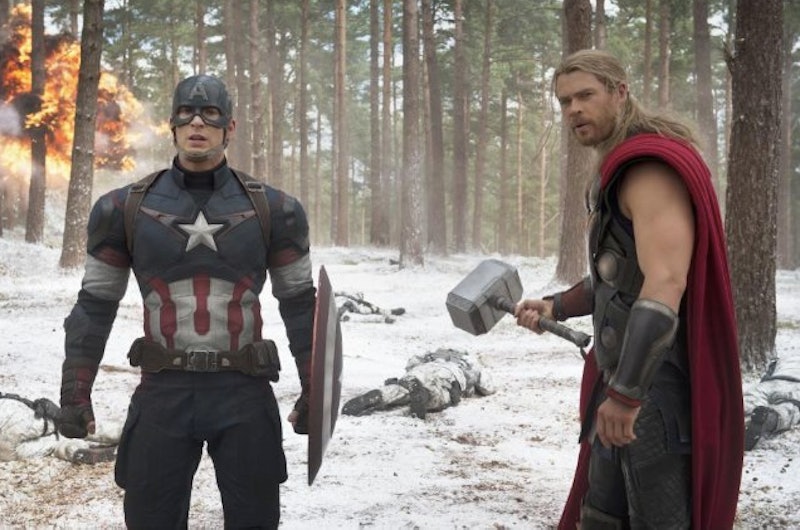 Unless you've been living under a rock for the past few months, you're likely well aware that The Avengers: Age of Ultron hits theaters May 1 — and, as devoted fans, we already have more questions about it than we know what to do with. And, while those who haven't seen the movie yet may be wondering whether Black Widow and The Hulk get together in it, or speculating about what Hawkeye's big secret could be, those who have seen it may have even more pressing questions like... is the Eastern European country where the Maximoff twins are said to hail from in The Avengers: Age of Ultron , Sokovia, a real place? And if so, where is it?

[NOTE: Spoilers lay ahead, so proceed at your own risk.]

If you've seen the film, the term "Sokovia" should sound familiar to you as the setting for most of the film. Not only is it the location of the H.Y.D.R.A. post raided by the Avengers, but it's also the birth place of the twins Pietro and Wanda Maximoff — "enhanced" humans who've gained super powers after being experimented on by Baron Wolfgang von Strucker.

In fact, Pietro and Wanda have been so affected by Strucker's experiments that you might actually know the Maximoff twins better as their alter egos: Quicksilver and Scarlet Witch, respectively. Quicksilver (Aaron Taylor-Johnson) is known for his super speed, and has actually popped up in the X-Men franchise as well (in X-Men: Days of Future Past, he was played by Evan Peters, though — but Marvel gave the role to Taylor-Johnson, because, as Business Insider points out, Avengers and X-Men crossovers are virtually unheard of). Scarlet Witch (Elizabeth Olsen), on the other hand, is known for her ability to manipulate energy, and to read/manipulate the thoughts and emotions of others. Both Maximoff twins start out battling the Avengers (as well as their own powers) in Age of Ultron, but they ultimately switch sides and fight beside them to destroy Strucker and his Sokovian base.

But before you run to a globe and frantically try to look up the twins' birth county Sokovia, let me put your mind (and bank account, because I imagine plane tickets would be expensive) at ease by reassuring you that it doesn't actually exist. Both Age of Ultron and Marvel's ABC series Agents of S.H.I.E.L.D. place it in Eastern Europe, with all the country's signs written in the Serbian Cyrillic alphabet — and the name vaguely sounds like it took inspiration from the word "Soviet" — but at the end of the day, it's entirely made up.

So please, let out a sigh of relief that you aren't as bad at geography as you think you are. Sokovia may not be a real place, and that's definitely disappointing for any diehard Marvel fan to learn — but, hey, look on the bright side: Now that you know the truth, you can store it away in the old memory bank and totally whip out the fact during bar trivia sometime in the future to impress every superhero buff in the room.