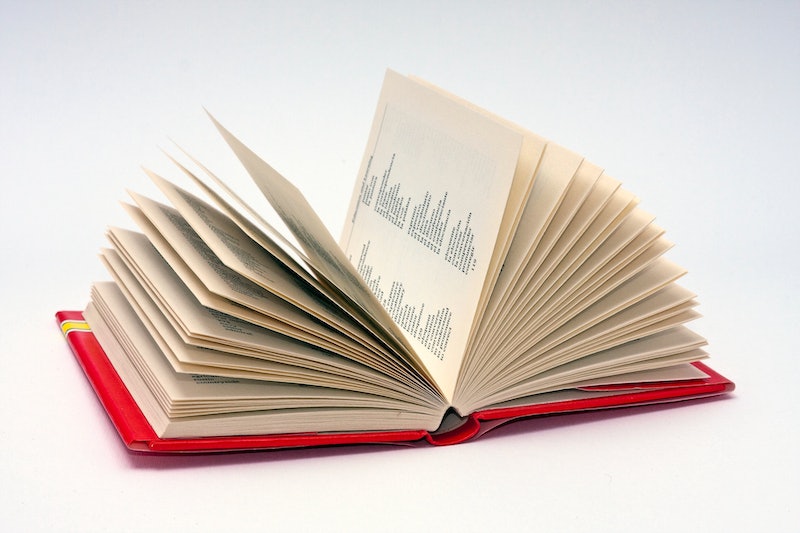 If you've been waiting patiently for your daily dose of beautiful, The Dictionary of Obscure Sorrows is going to do the trick for you. The site is a collection of made-up words that perfectly describe some of the most profound feelings human beings are capable of experiencing; words that, for whatever reason, have not yet been defined by any one term. You may find yourself nodding your head in a meditative state of quiet relation and subtle reverence the longer you scroll down the page.

Creator John Koenig is a creative himself, specializing in film and graphic design. According to the site's YouTube channel, "each original definition aims to fill a hole in the language — to give a name to emotions we all might experience but don't yet have a word for." It goes on to say that the idea behind the compendium is to better grasp the human psychological state, capturing "the aches, demons, vibes, joys, and urges" in a way that will have you begging for more. In short, this man's mind is beautiful. Prior to this site I hadn't realized how relegated we are to words with definitions that often fall flat. Here are seven of my favorites.

n. the desire to be struck by disaster — to survive a plane crash, to lose everything in a fire, to plunge over a waterfall — which would put a kink in the smooth arc of your life, and forge it into something hardened and flexible and sharp, not just a stiff prefabricated beam that barely covers the gap between one end of your life and the other.

No one wants their house to burn down. I know few people who desire the hellish experience of a plane crash. But there's something about the idea of laying ruin to the routine of everyday life with an event that will redefine everything for you that's incredibly intoxicating. It seems to be true that people who go through devastating events come out of it with a larger appreciation for living.

n. weariness with the same old issues that you’ve always had—the same boring flaws and anxieties you’ve been gnawing on for years, which leaves them soggy and tasteless and inert, with nothing interesting left to think about, nothing left to do but spit them out and wander off to the backyard, ready to dig up some fresher pain you might have buried long ago.

We've all been there; spurting out words by muscle memory only to come back down to earth seconds later, realizing they're the same pessimistic, miserable statements we've been reciting for years. The concept of leaving these behind in search of the pain we truly are burying every time we opt for same old, same old instead, acknowledging and perhaps healing from those that we've kept under wraps, is both cathartic and revolutionary.

n. the awareness of the smallness of your perspective, by which you couldn’t possibly draw any meaningful conclusions at all, about the world or the past or the complexities of culture, because although your life is an epic and unrepeatable anecdote, it still only has a sample size of one, and may end up being the control for a much wilder experiment happening in the next room.

Have you ever considered how tiny your perspective truly is? We might study cultures for years, travel from continent to continent soaking up as much as possible but we are, regardless, confined to the one mind, to the one life we live. It is everything to us, something to someone else but at the end of it all 80 years down the line, will still have meant nothing to most.

n. the frustration of photographing something amazing when thousands of identical photos already exist—the same sunset, the same waterfall, the same curve of a hip, the same closeup of an eye—which can turn a unique subject into something hollow and pulpy and cheap, like a mass-produced piece of furniture you happen to have assembled yourself.

A view might absolutely capture your heart, body and soul in the one moment it exists for you but it's most likely a scene that thousands, if not millions, of others have already seen and documented. Perhaps with better lighting. Cheapening that experience without your consent.

n. frustration with how long it takes to get to know someone—spending the first few weeks chatting in their psychological entryway, with each subsequent conversation like entering a different anteroom, each a little closer to the center of the house—wishing instead that you could start there and work your way out, exchanging your deepest secrets first, before easing into casualness, until you’ve built up enough mystery over the years to ask them where they’re from, and what they do for a living.

This might be my favorite of all. Not only is it beautifully written but it puts a term to a facet of relationships that's not commonly discussed. There are few people in the world both driven and confident enough to say outright, "I want to know everything about you, body and soul." It is a shame that we don't acknowledge the deeper parts of ourselves first, but it is also part of the process. Falling in love, for example; show me that you deserve to know my soul and I'll show you what makes me tick. The desire to be close to another person is so inherent to human beings and yet we talk about dogs and the weather before we'll talk about our families.

n. the kind of unnoticed excellence that carries on around you every day, unremarkably—the hidden talents of friends and coworkers, the fleeting solos of subway buskers, the slapdash eloquence of anonymous users, the unseen portfolios of aspiring artists—which would be renowned as masterpieces if only they’d been appraised by the cartel of popular taste, who assume that brilliance is a rare and precious quality, accidentally overlooking buried jewels that may not be flawless but are still somehow perfect.

I see it, everywhere, though I've never seen the experience defined. Tiny nuances of strangers that we take the time to note, fleetingly and flippantly, but might recall late at night while lying in bed and wonder how they do it. How we define excellence and beauty in such minute margins that we might, every day, be missing that which could bring our species to the next level. Instead, Kardashians.

n. the sense that the future is arriving ahead of schedule, that all those years with fantastical names like ‘2013’ are bursting from their hypothetical cages into the arena of the present, furiously bucking the grip of your expectations while you lean and slip in your saddle, one hand reaching for reins, the other waving up high like a schoolkid who finally knows the answer to the question.

When did 2015 get here and where is my hovercraft?

More like this
Craving The Beach? Here's Your Guide To A Solo Vacation In Turks & Caicos
By Alexis Morillo
3 Zodiac Signs Most Likely To Be The Center Of Attention
By Nina Kahn
Isa Guha Is Taking The Lead
By Charlie Mock
The 5 Best Electric Lunch Boxes For Hot Meals On The Go
By Vanessa Spilios
Get Even More From Bustle — Sign Up For The Newsletter