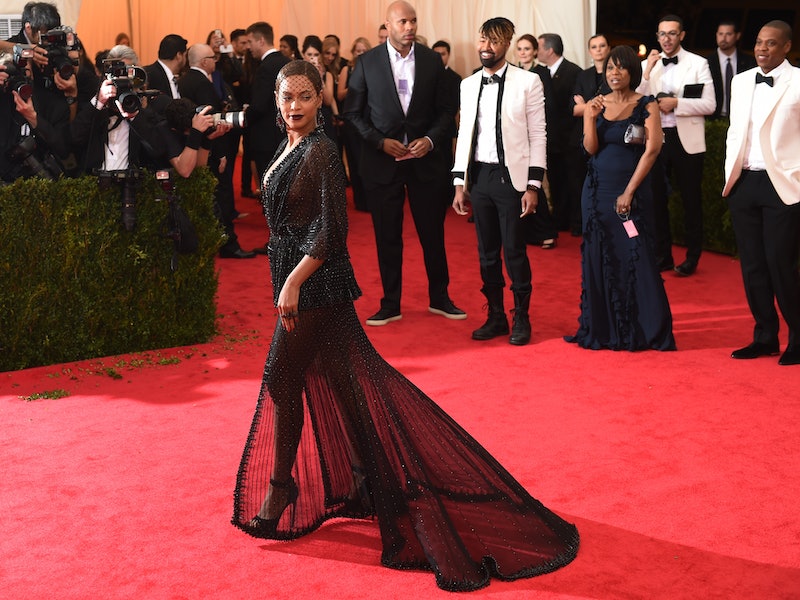 TIMOTHY A. CLARY/AFP/Getty Images
By Emily Kirkpatrick
May 1, 2015

Kim Kardashian might actually have a mental breakdown this year because it was just announced that the Met Gala has banned social media from the event this year. That means the queen of selfies will have to stop selfie-ing for a whole evening. Hopefully, Kanye can throw some charitable donations the Met's way and get this ban lifted ASAP. After all, if a moment isn't documented in a selfie, did it ever even happen?

Page Six first broke the news of the ban on Thursday, saying that guests had each received a notice that, “The use of phones for photography and social media will not be permitted” once inside of the Gala and the exhibit itself. This could be a strategic move on the part of the Met to keep the exhibit totally under wraps until it opens to the public. Page Six also reported that Vogue is filming a documentary on "China: Through the Looking Glass" and the Gala, which could have something to do with the increased security measures, although a source has denied that they two things are connected, saying, “It has solely to do with guests’ security and enjoyment of the event.”

That line of thought also makes sense considering last year's shenanigans. Surely, no one has yet forgotten that infamous moment that took place between Solange Knowles and Jay-Z in the elevator (though, to be fair, it was a security camera that captured #ElevatorGate on film). Cynthia Rowley also snuck a GoPro Camera into the event in her purse, giving outsiders an inside look at the highly exclusive party, and Cara Delevingne posted a pretty hilarious video of two of America's Sweethearts, Reese Witherspoon and Zooey Deschanel, drunkenly trying to pronounce her name.

This new policy might seem draconian to selfie-loving stars and fans alike, but if there's one thing celebs love more than their Instagram accounts, it's protecting their increasingly rare moments of privacy. We can't blame them for that