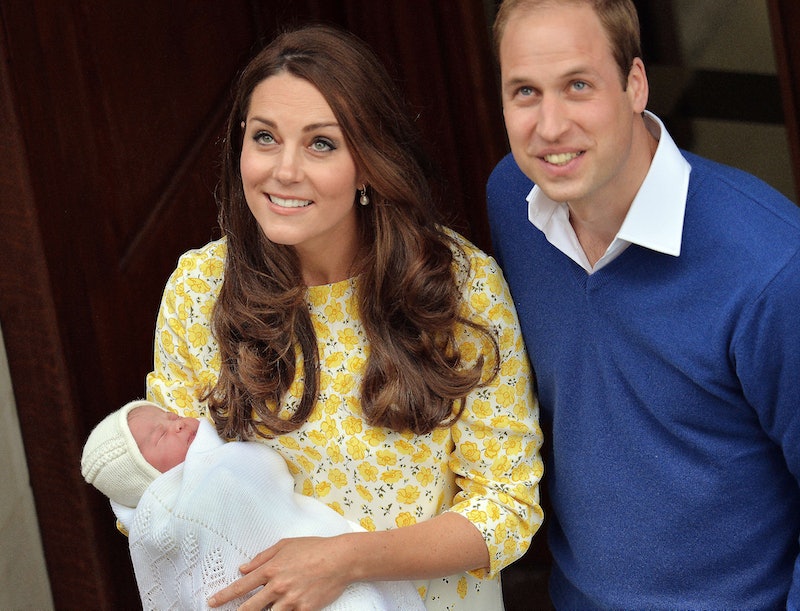 As you've probably heard, Kate Middleton gave birth to a daughter on Saturday, May 2, 2015. Kate Middleton wore a beautiful yellow floral first-appearance dress by Jenny Packham as she emerged from St. Mary's Hospital in West London following the birth of her daughter, who is now fourth in line for the throne. Clearly, Middleton looks just as amazing this time around in Jenny Packham as she did following the delivery of Prince George in July 2013.

If you want to get Middleton's yellow first-appearance dress for yourself, you'll need to move fast. Like, really fast. In the past, Middleton's dresses (and lookalike versions) have sold out within hours, a phenomenon the Huffington Post describes as the "Kate Middleton Effect." In fact, the blue Jenny Packham dress she wore after giving birth to Prince George (a nod to Princess Diana) was virtually impossible to find after a few hours of her hospital exit.

If you have incredible luck, you might be able to buy a dress similar to Middleton's white and yellow floral Jenny Packham shift before all of the lookalikes sell out, because we have a hunch this is a custom creation for Middleton. Must be nice to be a duchess!

The exact dress doesn't appear to be for sale (at least, not yet), but here are a few similar frocks to get your hands on now.

Black And Yellow (And White)