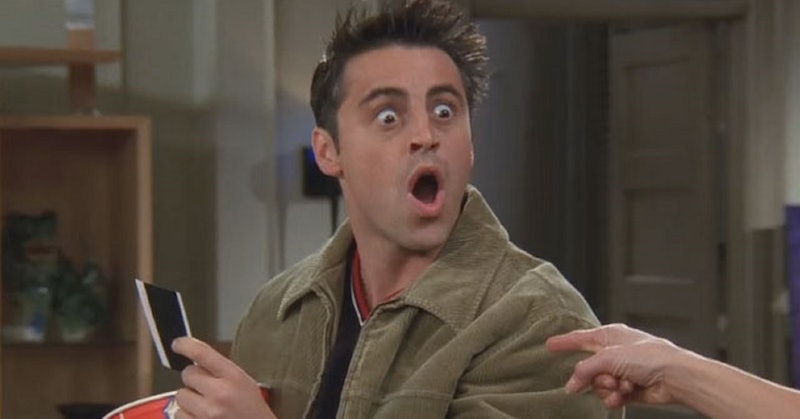 Since the series ended in 2004, Friends fans have been fixated on one single, rabid, unattainable, beautiful dream: a reunion. We will likely never stop asking if a Friends reunion is going to happen. Which, when you think about it, is merely an expression of our ACTUAL unattainable dream: to have more of that which we loved. But there can never be more Friends, just as there cannot ever be another Friends (sorry boutcha, How I Met Your Mother), and in the decade since the show ended, I've attained a sort of zen wisdom wherein I no longer wish for a reunion, spin-off, sequel, or (god forbid) Friends movie. The truth is, any attempt to revive the long-dead series would suck. We think more Friends would satiate that aching in our hearts left after the series finale, but it wouldn't, and I think we all know it. It would be watered down, and hollow, and unfulfilling.

The truth is, the real magic of Friends was only partially wrapped up in the characters and relationships told through those ten seasons—most of the magic was in the time of the characters' lives that the show documented. That unique time between one's mid-20s and mid-30s when your life is taking shape, and all the thrilling, heartbreaking, angsty, reckless, exciting nonsense you get into in the process of figuring it all out. If we were to get what we've always said we wanted, more Friends, we would see those characters in their late-40s and, like, no one needs to see that. Everyone always says how "fun it would be to see what those characters are up to now" but it would. not. be. fun. They would be settled, content, stable, floppy, saggy, sleepy, and while also probably loving every minute of that (we should all be so lucky), it doesn't make for good TV. No one would be using their roommate's name at the ER because she didn't have insurance and then lying to the hot doctors on a date, because they would be older and have their own insurance and married with kids now anyway, so no one would be going on dates. See what I mean? No one is boning the girl from the copy place. No one is getting hearts tattooed on their hip, or enjoying the unspeakably wonderful moment of getting their first real job. Way fewer antics in your late-40s. Probably more happiness, but who the f*ck wants to watch happy people on TV? We had Parks and Rec for that, and the devil stole that from us too. There's really no winning.

Here's what we have to face: We don't actually want more Friends. We really just want to live forever in that wonderful moment when the Friends characters were living out the most vibrant parts of their lives, and we were young, watching those stories play out in our parents' living rooms, forming our ideas about what our own 20-something lives would be like when we finally got to live in them. We don't want to see what Joey is doing in 2015, as we say we do; We want to recapture the ecstatic hope and infinite possibility of our 90s youth, before we actually got into our 20s and reality hit. No one told us life was gonna be this way, guys. But here it is. Let's stop acting like a Friends reunion is going to turn back time.

Anyway, here's Matt LeBlanc on The Graham Norton Show singing some of the classic songs Joey sang over the course of Friends. Because you know what the unforgiving grip of time hurtling us all mercilessly toward a rapidly approaching inevitability? How goddamn adorable Matt LeBlanc is.

1. That song from "Freud! The Musical"

He's actually way better at singing this song now than he was back in Season 1.

Fact: I will never stop noticing people's hands, and passively looking out for my own hand twin, as a result of this episode.

Here's Matt doing the damn thing, proving why he's the only cast member from Friends who I love enough in real life to not diminish by permanently referring to by his name on the show.