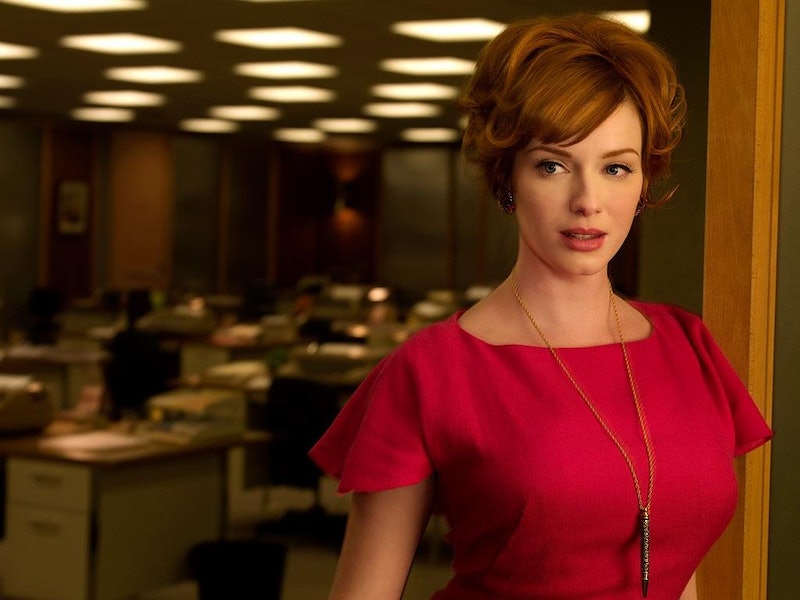 If you're a fan of Mad Men, no doubt you're probably a fan of the redheaded bombshell Joan Holloway, as well. She's smart, she's sexy, and she doesn't put up with anybody's crap — what's not to love? While she may have been through some hard times, it's those times that have made her who she is: a woman who knows what she wants and won't give up until she gets it. And although the world she lives in isn't particularly fond of take-charge ladies like Joan, she somehow manages to persevere and refuses to bend to anyone's will. In other words, if you're selling nonsense, Joan ain't buying it, and that's an attitude I think we can all learn from.

Christina Hendricks, the wonderful actress who brought Joan to life throughout Mad Men's seven seasons, made Joan into the larger-than-life character she is, taking the script to another level with what later became Joan's trademark eye rolls and snarky asides. And while the AMC series may have started as Don Draper's story, it's become much more than that over the years, and we've really got to see Joan come into her own, and that's probably the best thing about the show, for me.

If you aspire to be nonsense-proof like Joan Holloway, take inspiration from these 9 moments and adopt them into your own day-to-day life. I'm humbled by the fierceness.

When you just can't believe what's coming out of someone's mouth

If anyone ever trying to sell you a load of bologna and you both know it's bologna but they're still trying to keep up the charade, give them this look from Joan, which is the epitome of "I'm just gonna let you dig yourself deeper" and basically ensures that you're about to rip the liar a new one once they finally stop talking.

When your significant other doesn't know when to shut up

You know you're going to get into a fight and you've tried to avoid it, but your partner hasn't really got the message and just keeps on pressing all the wrong buttons. Be like Joan: blunt and to the point. One final warning, and then things are going to get crazy.

When someone's being unnecessarily rude and you've had enough

I'm not saying you should blow smoke into someone's face (or that you should be smoking at all — it's bad for you, so knock it off!), but it's more about what Joan's actions signified rather than the action itself. It's basically a big "Kick rocks!" moment. When someone thinks they're the boss and they're totally not and you need to show them that, find your equivalent and go for it.

When people are being too ridiculous to entertain

I suppose it's not really nice to laugh in people's faces, but if the moment calls for it — say, if someone's telling stories that are clearly not true and they're going overboard with the insane details — sometimes you just have to call their bluff and let them know you're not having it, like Joan.

When someone tries to challenge your authority

Joan has no qualms making her disdain for detractors obvious, and neither should you. If you're just minding your business and someone walks in acting all cocky and like they own the place, give 'em the once over to let them know they probably need to back up.

When you're about to confront someone who's done you wrong

Sometimes you're ready to make a big move and you've got to steel your nerves before doing it. Take a page from Joan's book and smooth yourself over, turn on your heel and get ready to rock it, because failure is not an option.

When you're dealing with idiots

Again, it's probably not nice to call someone an idiot, but sometimes it's warranted and you just can't hold your tongue and you've gotta be blunt about it. Joan doesn't mince words, and when she explodes, it's for good reason. If you can't take it anymore, just come out and see it.