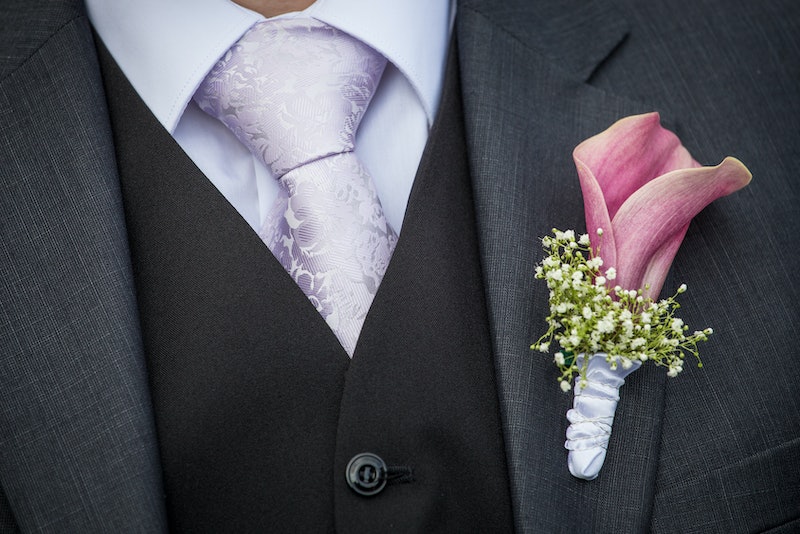 It's not easy being a teenager, and it's impossible to dispute that it's even harder when you're lesbian, gay, bisexual, or transgender. It's not doom and gloom all day every day for LGBT youth, however, and for proof of that, look no further than gay high school athletes Michael Martin and Logan Westrope, who had the perfect prom last week. On paper, they had pretty much everything going against them: the world of sports isn't known for open-mindedness (remember the outcry around Michael Sam getting drafted?), the world of adolescent boys isn't known for open-mindedness (LGBT bullying has its own page on the Centers for Disease Control website), and to top it all off, the couple lives in West Virginia, a state that — you guessed it — isn't known for open-mindedness. When local sports star Michael Martin came out by dancing with the homecoming king, followed by a moving essay in Outsports , logic dictated that he would have a rough senior year ahead. Instead, he ended up taking his boyfriend of four months to prom on April 25th, where they “danced together the whole night," as Westrope told the Huffington Post. I've never been happier to be so off the mark.

This is the real world, however, so it wasn't all sunshine and rainbows. According to Westrope, the couple was originally worried about the reactions of their peers, although that didn't stop them from being determined to have fun. "At first we were both a little hesitant to hold hands, not knowing how the rest of the student body would react," he said. "But after a short while, we were always next to each other."

Despite their apprehensions, everything went smoothly. "I remember Michael saying to me in the car, 'Logan, this is our last prom and I'm so glad I got to spend it with you,'" Westrope continued.

Dammit, guys! It's hard to maintain my bitter, cranky outer shell when confronted with a real-life version of Were The World Mine , complete with a happy ending. Next thing you know, people are going to start thinking I have a gooey emotional center.

According to the Huffington Post, Martin is heading to Wilson College in Pennsylvania, while Westrope will attend Penn State.

You can read more about the (ridiculously athletic) couple at Outsports .

More like this
Target Dropped *Two* New Fashion Collabs With Queer-Owned Brands
By Dominique Norman
'Heartstopper's Kit Connor Called Out Twitter For Making Assumptions About His Sexuality
By Nola Ojomu
Lydia Leonard Is Setting The Record Straight
By Olivia-Anne Cleary
The Most Compatible Life Path Numbers, According To Numerologists
By Kristine Fellizar
Get Even More From Bustle — Sign Up For The Newsletter