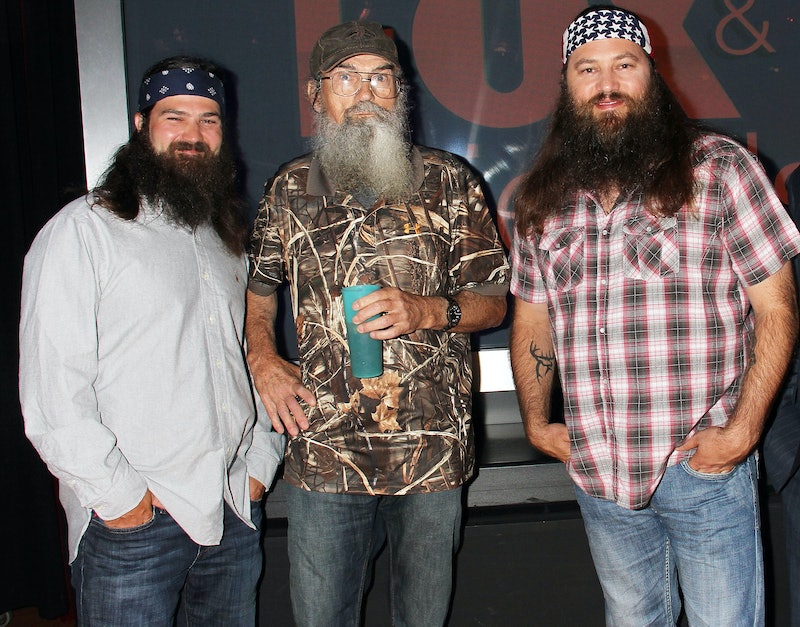 Musical theater, forgive my crassness, has definitely seen some shit. And, being a musical theater lover, I, too, have witnessed my fair share of endearing wackiness. But, perhaps the most zany production I've heard of to date, has been the Duck Dynasty inspired musical. And unfortunately, I probably won't ever have the chance to witness its unconventional wonderment first hand, because E! Online reports that the show is closing.

"The new Duck Commander Musical, a Las Vegas stage show based on a book written by two Duck Dynasty stars, will close on May 17 after more than one month. The musical premiered officially at the Crown Theater in the Rio Hotel & Casino on April 15... The closing date was announced on Friday by Playbill, which reported that the show was supposed to run through June 30, and the website also only allows you to buy tickets through May 17."

A bummer, I know. Some shows just don't get a Phantom of the Opera-type of prolific run (Rest in the sweetest peace, Legally Blonde the Musical). But, the site does make sure to note that Duck Commander is not simply disappearing, it's just taking a different shape. E! Online explains that the Duck Commander powers that be said in a statement to Playbill,

"Duck Commander will now consider several possible opportunities for the next stage in the life of the show, including extended sit-down engagements in interested cities, as well as a national tour."

Hey, at least not all is lost for those guys, right? But, despite their shortened run, there are a bunch of other reality show inspired musicals that I'd love to see now that this one may be dunzo. Ones, that I believe, might have a better shelf life. So, without further ado, here they are:

The drama, the glamour, the one liners... the wine. You'll laugh, you'll cry, you'll tweet at Andy Cohen about it.

A gripping romance for the ages. The dancer, the celebrity... forbidden love. Plus, dancing. How could you go wrong, really?

A satirical musical comedy centered on a bachelor *cough* Juan Pablo *cough* that doesn't realize he becomes less eligible for all the wrong reasons each and every episode.

Keeping Up With The Kardashians

The life and times of the Kardashian family set to the Kanye West discography. I know, I know, why hasn't anyone thought of this sooner?

Synopsis: It's Nationals and one of the dancers sprains her ankle during rehearsals. Rather than go in one girl short, Abby Lee steps up to the plate and takes her spot. This is her story of triumph... and yelling... but mostly dancing. Guest starring, Sia, as Maddie Ziegler.