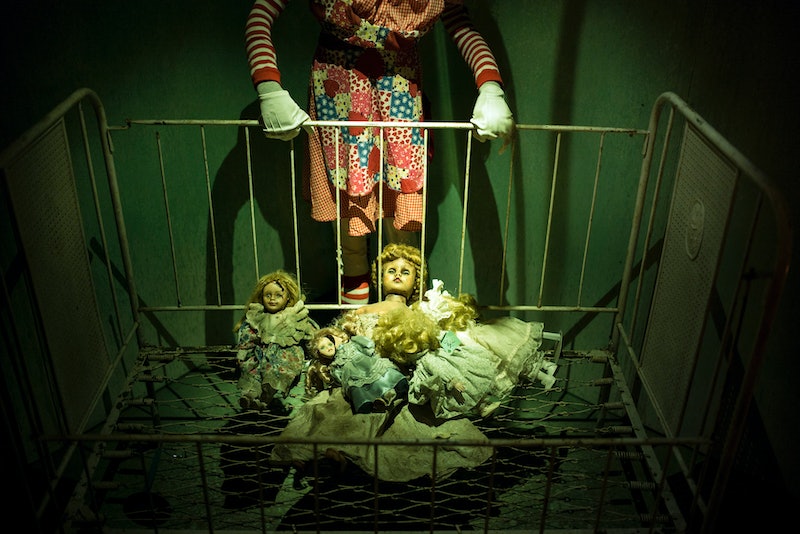 I swore off scary stuff a long time ago, after my sister convinced me to watch the ending of the acclaimed Spanish zombie film Rec in my room, with the lights off, at 2 a.m. I am an established complete and utter wimp, which is why I'm staying far, far away from Night Terrors, the app that turns your house into a horror film. If you're the kind of person who likes to stay up until dawn playing Dead Space with your headphones in, however, it looks like Christmas came early this year.Night Terrors is an “augmented reality survival horror game," according to its Indiegogo page, and it has just one mission: to be the "scariest game ever made." As Elle Woods would say, what — like it's hard? Despite the loftiness of its aspiration, Night Terrors has already succeeded in its mission of creeping me out, although probably not for the reason the creators hope. The app works by creating an internal map of your surroundings, then using that knowledge to make things jump out at you, the Daily Dot reports. I'm sure the game itself is perfectly terrifying, but I think we're focusing on the wrong thing here. This app can make a map of your surroundings based solely on the flash from your smartphone, and that map is detailed enough to throw scares at you in real time as you're walking around?

I mean, we're still pretty far from an Age of Ultron -type situation, but my point still stands. Once again, though, I am a giant wimp, so it's not like I was planning on buying the app anyway. Just take a look at the trailer, as long as you're OK with not sleeping tonight.

Full disclosure: I made it to 0:36 before I had to pause it and force myself to uncurl from the fetal position. If you also had to bail before the end of the video, I'll summarize it for you: the game forces you to walk around your house in search of a little girl, all while trying to avoid the monsters on your trail. Somehow I don't think this would be especially effective in my shoebox of an apartment, but it looks like it could be pretty terrifying in an actual house. Especially if it's one of those old ones out in the country, with no neighbors for miles around. Great, now I'm back to creeping myself out.The game is currently still in development, but it already raised 30 percent of its goal in just four days. If you're interested in scaring the living daylights out of yourself and/or others, you can head over to the Night Terrors Indiegogo page, where a $5 donation guarantees you a copy of the game upon release. Now if you'll excuse me, I'm going to watch the fluffiest movie I can find on Netflix in the hopes that I'll forget all about this before bedtime.

More like this
Remember These Ancient Pieces Of '90s Tech?
By Lucia Peters and Emma Carey
Meet The Disney Imagineer Bringing 'Guardians Of The Galaxy' To Epcot
By Charlie Mock
8 Creepy Things You Probably Did In The '90s
By Julie Sprankles
Everything To Know About Marvel’s 'Thor: Love And Thunder'
By Grace Wehniainen
Get Even More From Bustle — Sign Up For The Newsletter