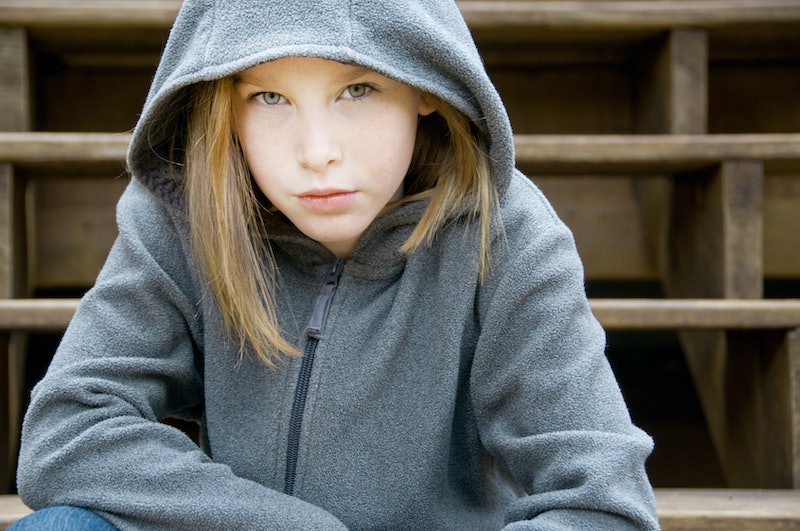 It's an age-old belief in many cultures that feminine people should not inhabit or perform masculinity, citing the gender binary and gender roles for women, and people identifying as such. Women are expected to look and act "feminine," based on what society perceives that to be (wearing dresses, acting in a "submissive" way, etc.). This, of course, is oppressive, as not everyone has the same idea of what it means to be feminine. Additionally, not all feminine people identify as women. The invisibility of gender identities besides "the two sexes" make it very difficult for these individuals to escape critique and be boxed in neatly into a gender category. That's where the term "tomboy" comes in.

The Free Dictionary defines “tomboy” as a girl who behaves in a way that is perceived to be stereotypically boyish or masculine. The traits of a tomboy also include enjoying the company of boys, playing sports, and enjoying rough play in the outdoors.

According to The Grammarphobia Blog, “Since ‘Thomas’ was the archetypal male name, the word 'tom' was often used in the 16th century to indicate maleness (hence 'tomcat') and male aggression.” The word first emerged in 1553 and was used to describe a rude boy. By 1579, it evolved to mean a bold or immodest woman, and by 1592 “it was applied to a girl who acted like a spirited or boisterous boy,” and it is still used to this effect nowadays.

The word is usually used to describe younger girls expressing masculinity. Being a “tomboy” is often seen as a childhood phase that one grows out of. Gender fluidity is natural, especially at an age where you haven’t been fully introduced to gender roles and expectations yet. It’s almost expected for girls to go through this phase, and it’s encouraged in certain circles or family structures (especially by fathers).

Once feminine people become aware of societal expectations, often around the time they hit puberty, they “grow out of it” and begin to present more femininely (as if expressing masculinity was a sign of immaturity). But not everyone can simply “grow out of it,” nor do they want to. Unfortunately, once you hit the age of dresses, boys, and your period, being a “tomboy” stops being OK.

It’s framed as though it is abnormal for feminine people to not wear dresses, like it’s some irrational and unnatural fear that they have in childhood that they grow out of with age and the accumulation of more wisdom.

When I was younger, I absolutely hated dresses. While my younger sister was the queen of pink and frills, I avoided both at all costs. My mother was a self-described tomboy, too, as a young child, and she claims the label with pride. Despite this, there were certain instances during which traditional ideas of femininity were thrust upon me. Every holiday was a tearful and sweaty ordeal, as my mother outfitted me in that year’s holiday frock. Easter dresses were the worst, as I despised anything pastel or bright. But once I hit puberty, I became hyper aware of femininity and believed now was the time I finally had to start performing it in a more committed way to attract the boys and girls I liked. And I hated every minute of it.

Years later, and after I was introduced to the worlds of fashion, beauty, and journalism, I began picking and choosing what feminine things I liked and what masculine things I liked and incorporated both into my wardrobe without discomfort. I love to wear dresses sometimes, but I often find myself changing into something less hyperfeminine halfway through the day, depending on my comfort level and whether I’m feeling masculine or feminine.

When I feel more masculine, I enjoy creating more masculine silhouettes with men’s collared shirts and jackets. Whether I’m presenting femininely or in a masculine way, I spend hours putting together outfits to exert maximum empowerment and stylishness because fashion has always been a tool through which I can empower myself (while making myself look great in the process).

In a short interview with The Boston Globe, Lizzie Garrett Mettler talks about her book Tomboy Style, an ode to fashionable women in menswear. In the piece, writer Christopher Muther implies that feminine people who present masculinity cannot be fashionable. When talking about the book Tomboy Style, Muther smartly follows it with, “Yes, those two words can exist side by side.”

Of course, the idea that feminine people who present masculinity cannot be fashionable is incredibly wrong and condescending, as I and many other feminine people can certainly be just as stylish in a suit as they are in a skirt. Masculinity does not only belong to cis men, it’s for anyone and everyone who identifies with it. Calling me a “tomboy” implies that my interpretation of masculinity is somehow less valid and authentic than when a cis man performs masculinity. Even though I am a feminine person, my masculinity belongs to me and only me, and I reject any labels attempting to oppress that.