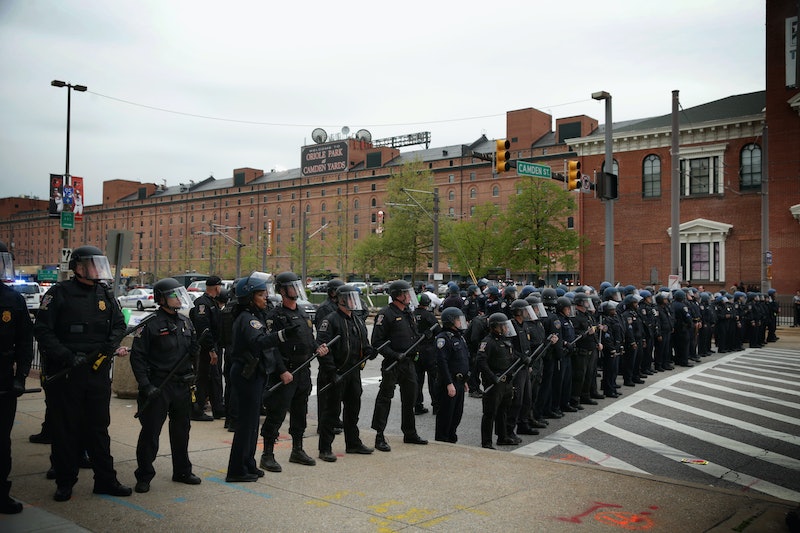 A fundraising page for the Baltimore Police Department officers allegedly involved in the death of Freddie Gray has been shut down. The Baltimore police union's GoFundMe to benefit the six officers faced with charges ranging from manslaughter to murder in the death of Gray was removed because it was in violation of the website's terms and conditions, which explicitly state that "campaigns in defense of formal charges or claims of heinous crimes, violent, hateful, sexual or discriminatory acts" are not allowed. Spokesperson Kelsey Little echoed that statement to The Baltimore Sun, acknowledging the removal of the page and adding that "the campaign clearly stated that the money raised would be used to assist the officers with their legal fees, which is a direct violation of GoFundMe's terms."

In response to the removal of their GoFundMe page, the Baltimore City Fraternal Order of Police took to Twitter, issuing a now-deleted tweet that read: "Apparently our GoFundMe account has been suspended with no explanation. We are working to find a new site for donations. Thank you!" They have since followed up by thanking supporters and offering an address for interested parties to send donations. Bustle has reached out to the Baltimore City Fraternal Order of Police and is awaiting comment.

As of this writing, the Baltimore City Fraternal Order of Police have a Paypal set up as well as a leo-only.org donation page specifically for officers, with donations starting at $5.

Curiously, the Baltimore City Fraternal Order of Police's website appears to be down and is experiencing a site caching error. The group's Facebook page contains the latest update from President Gene Ryan, who condemns the charges against the six Baltimore police officers. Ryan wrote in a statement:

We are disappointed in an apparent rush to judgment given the fact that the investigation into this matter has not been concluded. Our officers, like every other American citizen, are entitled to due process and we will continue to support them throughout the judicial process which we believe will result in a finding of innocence.

The GoFundMe page was equally strong in its wording and support of the six officers, stating that the officers had been wrongly charged as well as that funds would go directly toward officers' legal expenses and living expenses. According to Gawker, the GoFundMe page was live for only 40 minutes and raised $425 within that time out of a goal amount of $600,000. Numbers have yet to be released regarding how much has been raised in mailed donations, via Paypal, and through leo-only.org donations.