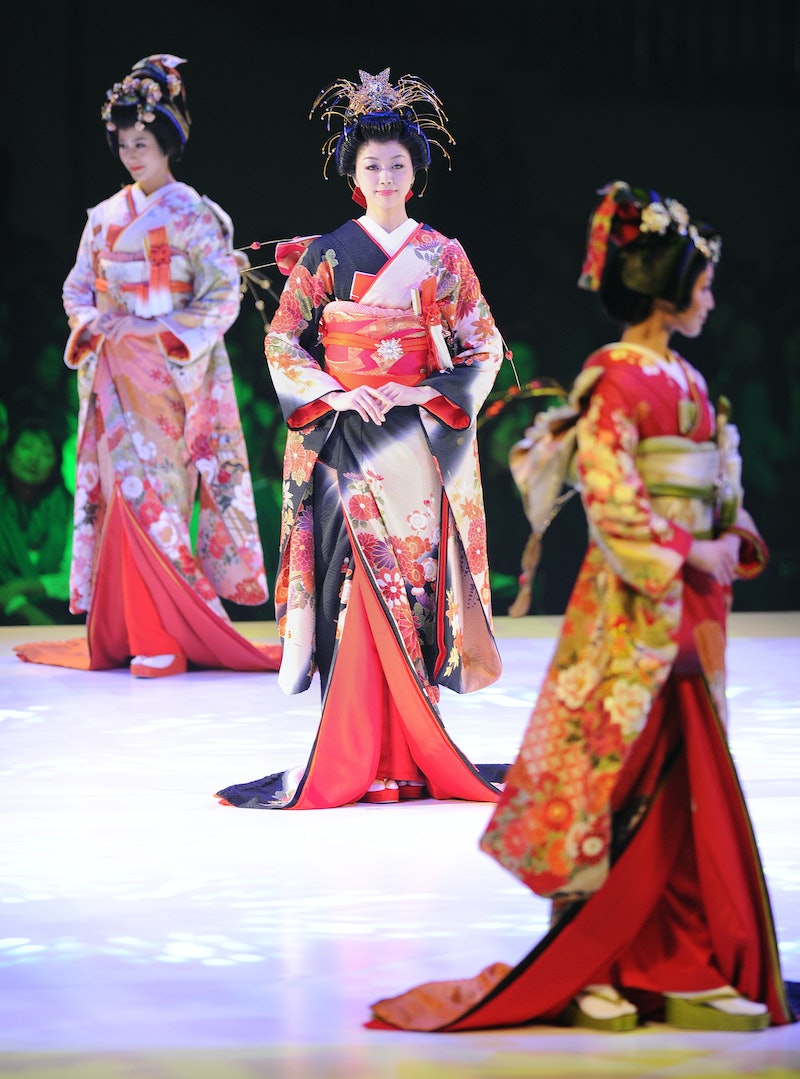 Saturday night may have been all about The Fight of The Century, but the fashion crowd had another idea: a pajama party! Vogue hosted a pre-Met Gala pyjama party, and the Chinese themed bash sure brought out plenty of chic and slinky style.

The event was held at Nom Wah Tea Parlor, New York City's oldest dim sum parlor, and the dress code was a nod to Peal River, a Chinese emporium on lower Broadway that's about to close. And the guests, who included models, designers, fashion editors, and socialites, definitely delivered. From silk kimonos to lacy negligees, it was the kind of glamorously comfy we all envison ourselves looking while we lounge at home watching Netflix. In reality, we're probably in oversized sweats or yoga pants. But whatever.

It was a fitting way to get in the spirit for Monday night's gala, whose theme is “China: Through the Looking Glass," and after looking at the pictures from the party, my excitement for the gala has seriously peaked. So let's take a look at some of the best looks from the pyjama party. (Side note: I wonder if they had the fight on during the dinner?)

These may just be the sexiest kimonos I've ever seen.

Her Chinese-inspired smoking jacket was a flawless play on menswear.

And she just won the jumpsuit game.