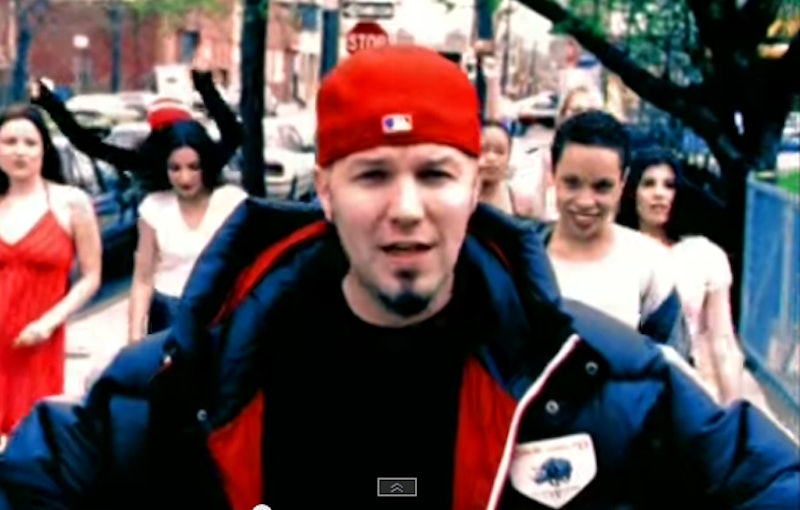 Allow me to take you back in time. Before there was Pandora or Spotify or iPods and MP3 players, and there was NOW That’s What I Call Music! and your super sweet Walkman and/or boombox. When if you wanted to listen to a jumble of some of your favorite Top 40 hits you had to wait months for these dudes to compile them on a CD. And, once they did that, you then had to wear your parents down enough to have them order it for you off their incessantly played infomercial. You guys, the late 90’s and early 2000s were hard. The Dark Ages of modern technology, if I’m being honest.

Looking back now on the NOW! Albums of that time, I began to wonder why exactly I sacrificed all of my hard earned allowance money on some of these disconcerting tunes. Hey, they weren’t all bad, I stand by the fact that these records were some of my absolute favorites, but other song selections they made were positively egregious. But, perhaps the worst part of reflecting back on these songs were how into them you were, despite their befuddling nature.

So, let me unearth the time capsule that is the NOW! Albums so you can reminisce, wince, and cringe at some of the main jams of your childhood and early adolescence. Here goes it:

Aqua, "Barbie Girl" from, NOW That's What I Call Music!

Everclear, "Father of Mine" from, NOW That's What I Call Music! 2

The cringe factor is not the song itself, which is actually incredibly heartfelt, but in the way that most people didn't understand that they were jammin' along to someone's utter devastation due to its upbeat tempo.

Limp Bizkit, "Nookie" from, NOW That's What I Call Music! 3

This is the time where you write a formal letter of apology to your parents for terrorizing them with this nonsensical, repetitive song all throughout 5th grade.

Wasn't quite the banger we all expected, was it?

I mean... it certainly was you. Jerk.

Mandy Moore, "Crush" from, NOW That's What I Call Music! 8

I'm wincing at the thought of how I once lived and breathed by this overtly saccharine tune. Someone get me a toothbrush.

Kylie Minogue, "Can't Get You Out Of My Head" from, NOW That's What I Call Music! 10

The song title is SO META because good luck trying to get this song out of your head after listening. NEVER AGAIN, KYLIE.

I know, I still love it, too. But "Hot in Herre" is so painfully 2002 that it had to be included because it's practically a relic.

The cringe-worthiest aspect of this song? Eamon hails from my hometown of Staten Island, New York and you wouldn't believe how us tween residents wore this song like an extremely misguided badge of pride.

More like this
Harry Styles Performed A Snippet Of Taylor Swift’s “22” & The Crowd Went Wild
By Jake Viswanath
10 Eurovision Moments That Celebrate The Weird & Wonderful Camp Extravaganza
By Sam Ramsden
Love Of Huns' Definitive Guide To A Seminal BRIT Awards Moment
By El Hunt
After 'Heartstopper' Used This Indie Artist’s Song, Streams For It Soared 8,000%
By Alyssa Lapid
Get Even More From Bustle — Sign Up For The Newsletter