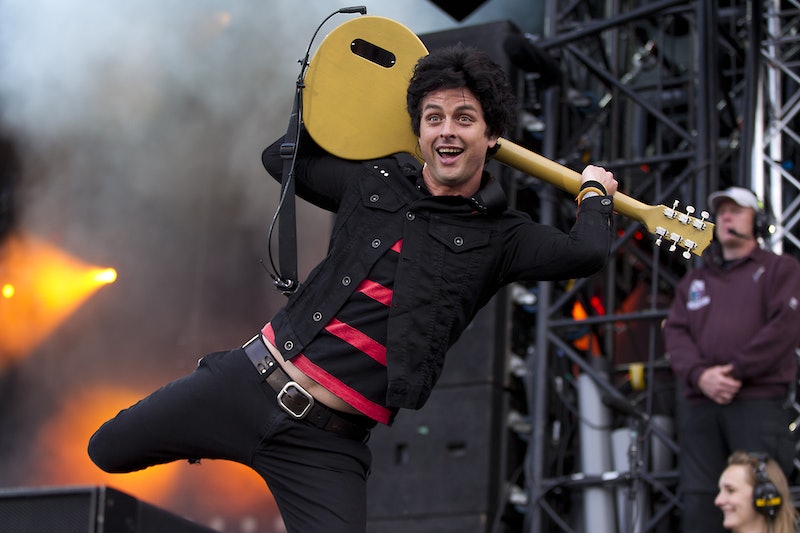 If you're of a certain Millennial age, your childhood was a peak growth period for a lot of key sectors of the American economy — army surplus jackets, the MTV Beach House, and Winona Ryder — but most of all, it was an era of unparalleled production of '90s songs that were too sexual to listen to around your parents. Of course, in those pre-iPod, pre-iTunes, pre-laptop days, where you might have nowhere to listen to your saucy pop tunes besides an enormous family stereo or a crappy clock-radio, keeping your interest in songs with dirty lyrics a secret from your folks was a little harder than it is for today's teens. Were you willing to turn the radio on on the way to school, and risk having to make eye contact with your mom as a super sexually explicit slow jam played? Was it worth potentially reprising the "frank sexual discussion" she tried to have with you after listening closely to the lyrics of Alanis Morrissette's "You Oughta Know"?

These were the kind of decisions that a '90s kid had to make every day. Make one false move, and your parents would tear through your CD collection, throwing out anything with an "Explicit Lyrics" label, leaving you with nothing but an Ace of Base cassingle and the soundtrack to Addams Family Values. It was really quite stressful.

And even though those days are long gone, the lingering impact of listening to the painfully sexy songs of the '90s with your parents still lingers. Especially if someone plays one of the 14 cringe-inducing songs below at, say, a family wedding reception. (Let me know if you're ever able to scrub the image of your parents slow-dancing to "Pony" out of your retinas.)

Was this 1997 alt rock hit even about sex? Like, it has the word "sex" in the title, but is it about sex like "Flagpole Sitta" is about sitting on flagpoles? Either way, your parents saw you watching this on TRL and were so very much not having it.

More Embarrassing Than: Your best friend telling everyone at school about the weird dream you had where JTT was naked and running soccer drills in front of your house.

It doesn't matter than this 1991 song is actually about singer Anthony Kiedis' spiritual practices; your parents heard some guy yelling "Give it away!" and taking about putting something "in you," assumed he was talking about the state of your precious, precious hymen, and then the whole ride home from soccer practice was ruined. But to be fair to your parents, it is nigh on impossible to know that this song is about Buddhism (not boners) without reading Anthony Kiedis' memoir first, which is really not fair.

More Embarrassing Than: Having your principal call your parents at work because you got caught passing a note that just said "PENIS!" in study hall.

Honestly, pretty much any early '90s era Salt-N-Pepa song was a one-way exit to the Greater Embarassmentville Metro Area if you heard it around your parents. As an adult, you were probably impressed by their forthright take on sexuality and progressive feminist messages; but as a kid, this 1991 single seemed to exist only so your mom could blush and then scowl as she overheard you listening to it.

More Embarrassing Than: Having your dad try to explain "how men think about sex" to you.

Before he was a reoccurring Parks and Recreation guest star and the muse of the Magic Mike films, Ginuwine was just an average American R & B singer with a dream: to write a song so catchy that it would be played on the radio constantly, and with lyrics so sexual, listening to it around your parents genuinely (ginuwinely?) felt like walking in on them having sex. And he achieved it, in 1996!

More Embarrassing Than: When your mom tried to tell your entire sleepover party about how she lost her virginity on her junior year abroad in Austria.

More Embarrassing Than: Accidentally finding your mom's weird old-timey birth control device and playing with it, because you genuinely had no idea.

More Embarrassing Than: Trying to wax your own bikini line, screwing it up really badly, and having to lie and tell the girls on your swim team that you burned your thighs while cooking spaghetti.

I know — I wouldn't have believed this was a real song title, either, if they had not played it on a carnival ride I was riding with my mom in 1991. It was just a Music Express! Not even anything particularly sexy! Like, I don't know, an alpine slide!

More Embarrassing Than: Your parents buying you a book with a title like Your Changing Body Is Totally Rad: The Cool Kid's Guide to Puberty.

Pretty much all of the songs on Boyz II Men's 1994 album II were hits, and pretty much all of them were about sex — but none so explicitly as this song, which was #1 on the Billboard charts for 14 weeks straight. Which meant that for the entire fall of 1994, you could not go to the grocery store with your parents without this song coming over the intercom, and your parents giving each other that look like "Does she know what this means yet?" Ugh, yes, I know what it means, Mom! Give me my Sassy, I'm going to wait in the car!

More Embarrassing Than: Asking the school nurse for super-absorbent tampons.

Why does this 1990 song even exist, except for some insanely drunk person to sing it at karaoke, while you and your dad are just trying enjoy a quiet dinner in the adjoining restaurant?

More Embarrassing Than: When noted seventh grade bully Jared Schulman took your training bra out of your backpack, and then put it on his head and ran around the science lab.

Released on New Year's Eve 2000, this song makes the list by the skin of its teeth — but in terms of sheer parent-related awkwardness, it deserves an award (it was nominated for four Grammys, in fact, all of which I assume were in the field of "Making Your Mom Ask You If You Knew What A 'Thong' Was And Then Getting Mad About The Answer").

More Embarrassing Than: Asking your mom for a thong to wear to the winter formal because you are afraid that your Delia's dress will give you visible panty lines.

I heard this in a store recently, with my boyfriend whom I have sex with regularly, and still got embarrassed. Pop music double entendres don't come much more, uh, uncomplicated than this 1997 hit song, which was a middle school dance staple (presumably because it was basically describing what was going on at most middle school dances).

More Embarrassing Than: Accidentally asking your parents what "boner" meant, because you genuinely had no idea.

TLC were the creators of a number of "I really hope this song doesn't come on while my dad is in the room" classics, like "Ain't 2 Proud 2 Beg." But this 1995 hit, off their bazillion-selling album CrazySexyCool, perhaps represents them at their peak as parent-antagonizers. Bonus points if you didn't even know what oral sex was when your mom angrily turned this off your family car's CD player.

More Embarrassing Than: Your mom offering to buy you a thong for the winter formal.

More Embarrassing Than: Your dad walking in on you rubbing one out to a photo spread in Teen People.

More Embarrassing Than: Going on a school trip to the zoo and seeing some monkeys doing it.