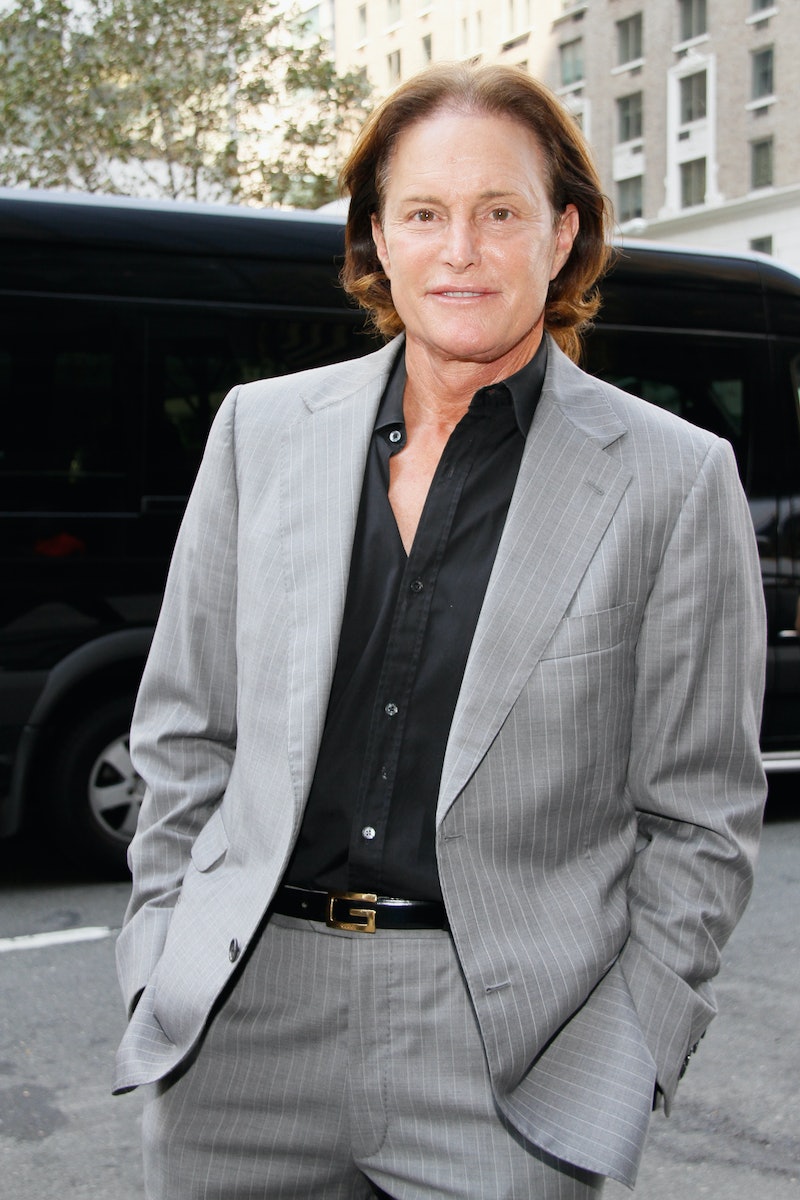 After Bruce Jenner revealed "for all intents and purposes I am a woman," the Kardashian side of his family came forward on social media to share their support. But now fans of the reality show family will get an even more in depth look at how the people closest to him have handled the news. Keeping Up With the Kardashians: About Bruce is a two-part special about Bruce Jenner that will air May 17 and 18, and it will delve into the Kardashians' reaction to the tough conversation.

It's unlikely the special will focus on Jenner's transition since E! is doing a separate 8-part series on his new life to air this summer. Rather, E! Online revealed that this KUWTK special will "explore each family member's struggle to process his or her own feelings as they all work through hearing from Bruce directly about finally living life as the person he has always known himself to be."

Scheduled to appear in the special are Kris Jenner, Kourtney Kardashian, Kim Kardashian, Khloe Kardashian, Kendall Jenner, Kylie Jenner, and Scott Disick. In April, Bruce's older children Burt, Brody, Brandon, and Cassandra appeared on the 20/20 interview with Bruce and got a chance to talk about what the news meant to them, and how they supported him. So it's only fair that the other side of his family be afforded the same opportunity.

There's been a lot of rumors about certain members of the family struggling more with the news than others. Bruce Jenner himself said Khloe's had the hardest time with it, and 20/20 made it seem like Kris didn't support him when they said she had "no comment" for their questions. But every member of the famous family came forward in support of Bruce in the days since his Diane Sawyer interview.

So, this KUWTK special is a good time for them to all get the chance to discuss their feelings, tell their side of the story, and take their support of Bruce to national television.