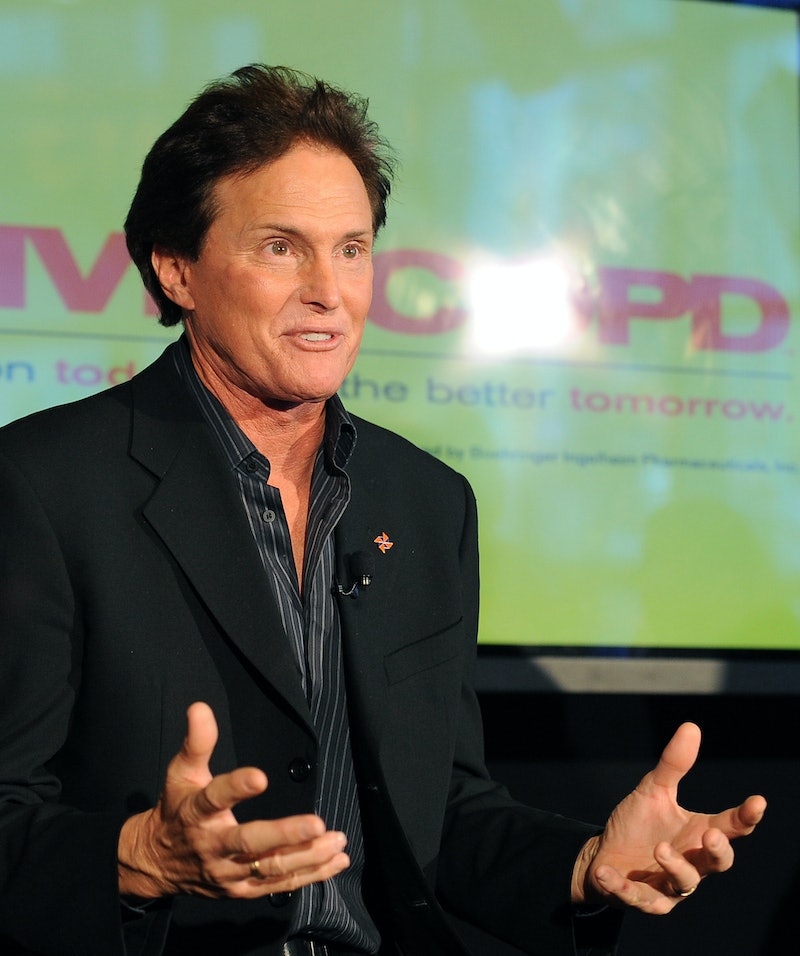 About an hour into Friday night's Bruce Jenner and Diane Sawyer interview special, during which Jenner said "for all intents and purposes, I am a woman," the focus shifted from Jenner's own background and personal struggles to how his famous family reacted to Jenner sharing his truth with them. First, we saw the responses of his biological children, Burt, Brandon, Brody, and Cassandra, who were all extremely supportive of their father. Then, after discussing his marriage to Kris Jenner and being in the spotlight thanks to Keeping Up with the Kardashians, Sawyer asked about Jenner's step-children. She asked Jenner which of the Kardashians took Jenner's transition the hardest, and he claimed it was Khloe. If you're surprised, you're not alone, and Jenner acknowledged that people might feel that way.

"You would think out of all of the kids, Khloe was like, the most fun, open-minded, 'yeah let’s go party.' That’s not the case with Khloe," Jenner said to Sawyer. "She’s had the toughest time with it, because she’s had a lot of losses in her life. She lost her father at a young age. He died suddenly — cancer. And Lamar had his issues." He then claimed that Khloe always relied on him as a positive male figure in her life, and the special showed clips from KUWTK in which she expressed that sentiment, and went on to say that there are "few" of those. Jenner continued to say, "She feels like this massive, 'my whole life’s falling apart. It’s my dad.' And I’m trying to explain that i can’t argue that point, but i’m not going anywhere, I’m still going to be there for you."

Though Khloe did not appear on the special, she was tweeting during it, and only had positive sentiments.

She also retweeted the following message of support from Ellen DeGeneres.

Whether or not Jenner's transition was difficult for Khloe to process, it seems that she is there for him, just as he promised that he would always be there for her.

Editor's Note: Per Jenner’s stated preference, Bustle will continue referring to Jenner using he/his pronouns for the time being. We will follow his lead and make any changes to this policy as needed in the future.