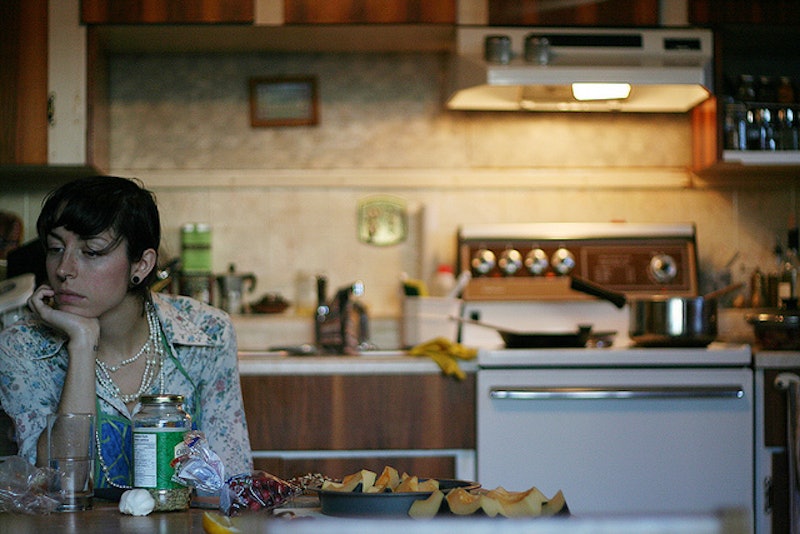 When it comes to career and family, both women and men want to "have it all" — but what does "all" mean? A sexy spouse? A brood of kids? A corner office? A Vitamix? The definition of "all" differs between the sexes, According to a new survey from Citi and LinkedIn. Work-life balance is equally important to both sexes, but professional men place greater importance on marriage and children than working women do.

The national survey quizzed 1,023 professional men and women about their career paths, financial concerns, families and definitions of success, and it revealed some surprising data.

There are obviously lots of ways you could read these results. But the explanation that jumps out to me? Women have gotten more used to settling. Women narrow the scope of "having it all" out of necessity. Of course more men say happiness includes a successful career, a strong marriage and a few children — they've long been able to have all three (and with comparatively little sacrifice).

But until relatively recently, most women couldn't do the same. And even now, women face many more obstacles than men when it comes to balancing work and family life. We're judged harshly if we put off having children. We're stigmatized for working outside the home if we do have kids. We're paid less when we go to work. And we're held responsible for a larger share of childcare and chores at home regardless.

Multiple studies have shown that marriage makes men happier and healthier, but doesn't necessarily do the same for women. Is it any wonder that less women see the holy trifecta of Marriage, Career and Kids as the be-all end-all of success? We've been having to carve out the 'good enough' path for decades.

It's telling that while more men include children as an absolute in the success equation, significantly less men than women place value on paid parental leave policies. While 56 percent of women identified "good maternity/paternity leave policy" as a key company benefit, only 36 percent of men said the same. That's understandable — in the United States, infant care is still largely the province of mothers, not fathers. But it sure has to make prioritizing hypothetical children easier when you're not the one responsible for the bulk of their care.

More like this
23 Personalized Father's Day Gifts Your Dad Will Actually Like
By Brittany Bennett
34 Quotes That'll Inspire You On Juneteenth & Beyond
By Syeda Khaula Saad and Siena Gagliano
A Beginner's Guide To Drinking Whiskey
By Alexis Morillo
Are Cancer & Sagittarius Compatible In A Relationship?
By Kristine Fellizar
Get Even More From Bustle — Sign Up For The Newsletter