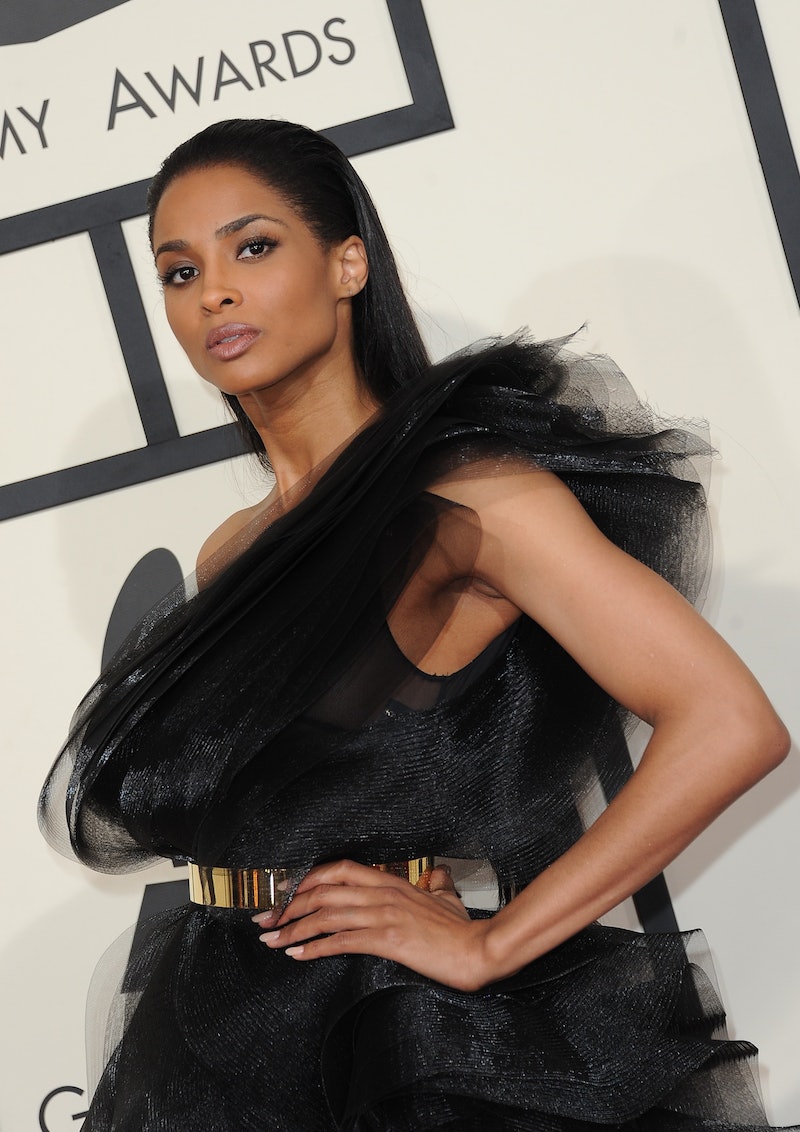 You're about to see Ciara's name quite often with the release of her newest album Jackie, titled after her mother's name. After what has seemed like a more-than-overdue wait, the songstress is back to the music airwaves, prepping us for what will most likely mean performances, tours, and interviews slated for television — but did you know Ciara is a fashion icon to boot?

While her voice might have been missing from the radio, she has certainly been present more than ever in spaces that many might not have ever dared to think she would dominate. From top fashion publications to front rows at Fashion Week, Ciara's climb up the fashion industry's often insurmountable ladder is thrusting her into an influential position that might mean that she is slated as fashion's next major "It" girl.

Before Jackie, it was becoming commonplace to see Ciara circulating within the fashion press. As a matter of fact, one can almost make the assumption that Ciara as a fashion influencer began while pregnant with her son Future (named after her ex-fiancé who bears the pseudonym for his music career). In April 2014, Ciara appeared in an editorial in W Magazine while with child, appearing almost angelic in black and white photos. In the article accompanying the editorial, it's noted that Ciara is also the muse of Riccardo Tisci and was even dressed by Pucci for the 2014 Grammy's.

But, of course, every celebrity gets their close up within the realms of fashion. However, being that Ciara hasn't put out music and that's, well, the genesis of her career, her relevance has been unwavering due to her appearance in the fashion sphere. So what could it be about the crunk and pop songstress's style that is causing the fashion industry to hold on tightly to her? Maybe some of her top style moments can helps us solve the puzzle.

This list is by no means comprehensive — as a quick scroll through Ciara's Instagram will show that her style is definitely getting noticed by plenty of top fashion savants in the game. Nevertheless, let this serve as a point of reference of the singer's undeniable presence in the fashion world right now.

In October 2014, Ciara was invited to sit front row at Givenchy by he who has been noted as her favorite designer, Riccardo Tisci.

She Appeared At A Japan State Dinner At The White House, New Beau In Tow

The rumors are still simmering, but the singer wore a Walter Mendez dress complemented by NFL star Russell Wilson to the White House.

She Recently Stopped By The Vogue.com office

She wanted to play tracks from her new album, but was asked to put together looks for them, as well.

So, Pretty Much Condé Nast Is Just Her Ultimate Hang Spot

Could she be slated for an upcoming feature in the fashion Bible?

Menswear with a subtle feminine twist has somewhat been the No. 1 reason why Ciara's style has often been noted.