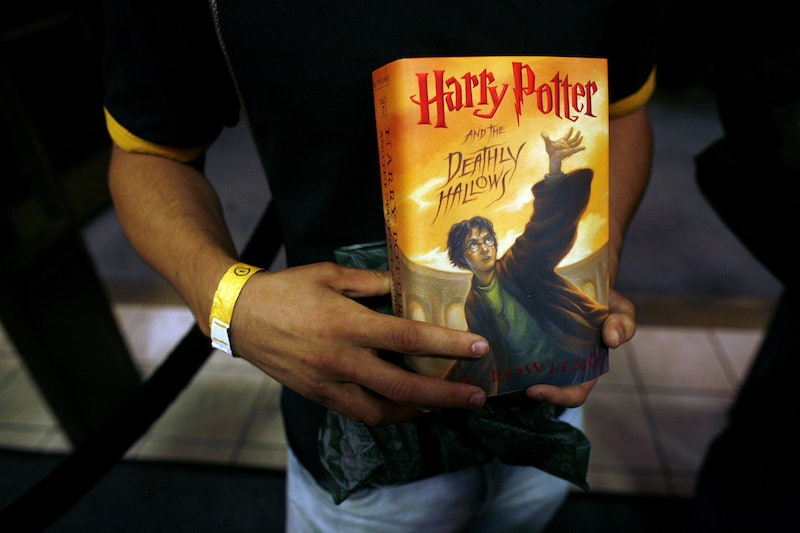 Saturday May 2 marked the 17-year anniversary of the Battle of Hogwarts, and in memorial of the event, J.K. Rowling apologized for killing off one of her characters, Fred Weasley. And just when I was trying to forget it ever happened.

The Battle of Hogwarts in Harry Potter and the Deathly Hallows, which marked an end to the Second Wizarding War, skyrocketed the series' death toll, killing more than 50 characters. Notably, it marked the end of Severus Snape, Bellatrix Lestrange, Lord Voldemont, once-Ron-Weasley-paramour Lavender Brown, Professor Remus Lupin, and Ron brother Fred. Lord Voldemort issued the order to attack Hogwarts, bringing Death Eaters and basically everyone on the universe on his side to take Harry Potter. His speech is pretty legendary:

And yes, we're all still crying over Fred, who was killed by an explosion while he was guarding Hogwarts' passageways with his brother. Rowling, it seems, is too:

But, you know, J.K. What about EVERYONE ELSE?

Born on April Fool's Day, Fred and his twin George always brought some prank-filled levity to the drama of Hogwarts. We all miss him, too. And now we know Rowling will be wearing black alongside us every May 2.