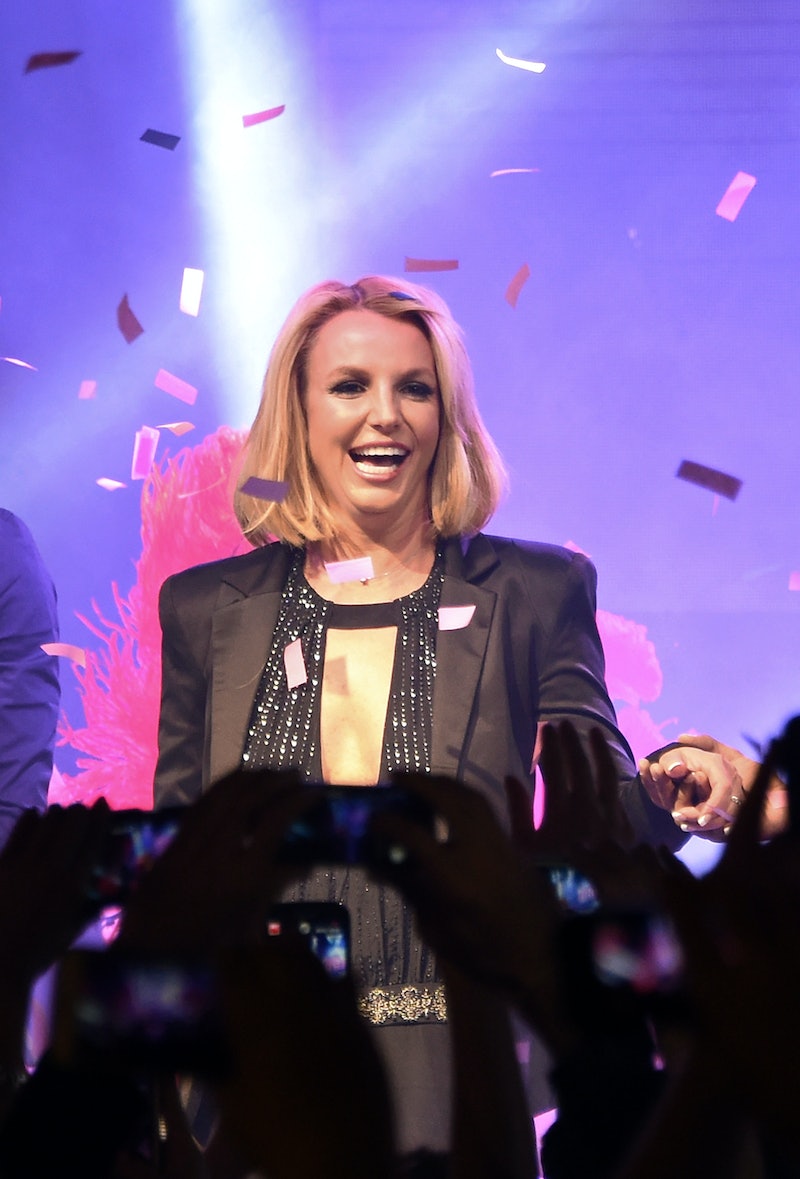 Until recently, I wouldn't have counted seeing Britney Spears in concert as one of the things on my bucket list. Massive arenas, sweaty people in close quarters, and overpriced concessions usually aren't my thing. But on a recent trip to Las Vegas, I saw Britney Spears in concert and it was an unexpectedly emotional experience. For lack of a more creative turn of phrase, it sort of put a bow on my childhood. Not to mention, it was a magnificently over-the-top display.

From the costumes, to the set design, to the pyrotechnics and showers of various kinds of confetti, the show is engineered to overwhelm your senses. EVERYTHING is high-octane glamour, glitz, and tack. You can't help but get swept up in the frenetic nature of it all, which simultaneously impresses you, confuses you, and launches you into a manic state. Occasionally, you regard the fact that everyone around you seems super weird. Then, your self-awareness brings you back to Earth and reminds you that they're probably thinking the same thing about you. The set list features tracks from every era of Britney's career, from the oldies, to the off-the-rails period, to her triumphant return to entertainment. For the '90s kids in the audience, the nostalgia of it all melts your heart.

If you're anything like me, seeing Britney Spears in concert will be a roller coaster of feelings that includes (but is not limited to) the following seven emotions.

Getting there, you'll look around and regard your fellow Spears fans. There will be a mix of bachelorette parties, hardcore Britney fans who came by themselves, and the odd septuagenarian. You'll think — what are these freakazoids doing here? Then you'll realize that you are part of the league of freakazoids, so try not to judge.

The pop duchess is lowered onto the stage in a circular metal cage that should probably have motorcycles driving around in it. Then, it starts raining on stage. THEN they bring out this MASSIVE fake Sequoia tree that Britney jumps off of. Prepare for your jaw to drop repeatedly.

One of the more memorable moments of the show comes in the form of Britney strapping on glowing wings and levitating a hundred feet above the stage. As if she wasn't sure that you would get what the wings are supposed to do, she starts flapping her arms like wings. You'll be like "Whaa, Britt?" And she'll be like, "Wings. Right, y'all?"

Before you know it, she'll be playing "Baby One More Time," and everyone will collectively be losing their crap including you. All of a sudden, you're nine years old again, listening to TRL on your pink inflatable couch. Where did the years go?!?!

Who are you kidding? You're having a GREAT time. You've been dancing like a fiend all night, and you couldn't imagine being anywhere else. This was money well spent. Also, I LOVE EVERYONE HERE!!!

Look at Britney go!! Sure, she's lip syncing. Sure, her dancers are pretty much carrying most of the show. But Britney's doing SO WELL, and you couldn't be more proud of her! Look at how far she's come!!!

Dancing as hard as you just danced requires at least three days of rest. Whatevs. Totally worth whatever soreness you may feel tomorrow.