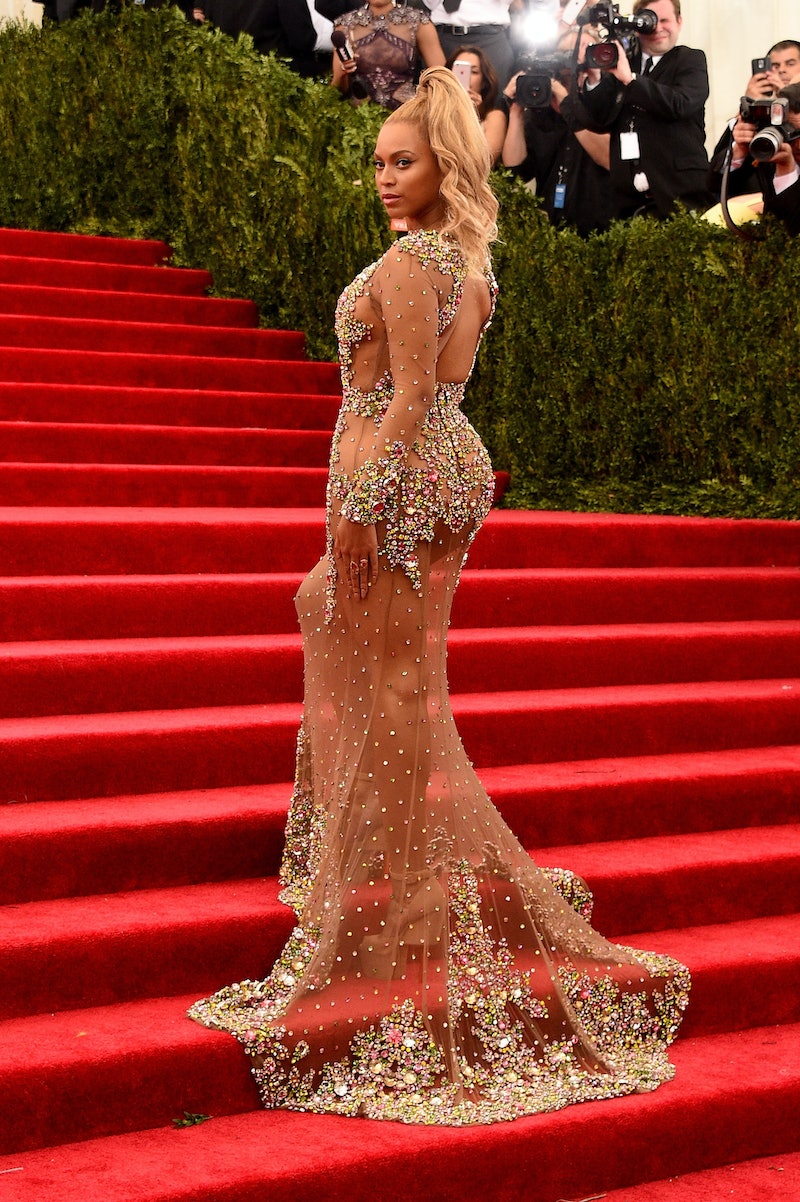 If you thought Mrs. Knowles-Carter wouldn't have any interest in attending the MET Costume Institute Benefit this year after having caused quite the Internet storm last year, well, think again. The 33-year-old superstar has put Elevatorgate in her past (which happened, if you'll recall, the night of the Met Ball in 2014) and looked ***flawless on the red carpet at this year's event, which was themed "China: Through the Looking Glass." She made us wait for it, arriving the last of the night, but Beyonce's 2015 Met Gala dress was worth holding out for. Her gold, see-through, only slightly-bejeweled custom Givenchy dress was definitely one of the night's most memorable.

Some guessed that Beyonce arrived late to the Gala because she was at a fundraiser with President Obama, who happened to also be in New York City on May 4. If there's any reason to be late to anything, "hanging with the president" has to be high on the list.

Last year, the mom of one wore a show-stopping black lace and beaded Givenchy gown and veil, with Lorraine Schwartz earrings. It was all very fitting for last year's theme, which was "Charles James: Beyond Fashion." Beyonce is always beyond, though. I mean, "beyond" is an auto-correct for "Beyonce." That's how beyond she is, and this year, Beyonce's themed attire is also just beyond. There are no words for it. It's truly, just, BEYOND. Maybe Anna Wintour can make that the theme next year?

One for the hair:

E! calls the Met Gala one of the "most exhilarating fashion events of the year," so clearly, Beyonce wasn't going to miss out on this party. Co-chaired by Vogue lady boss Wintour and your personal lady boss Jennifer Lawrence, the 2015 Ball was royally entertaining. Perfect for Queen B.