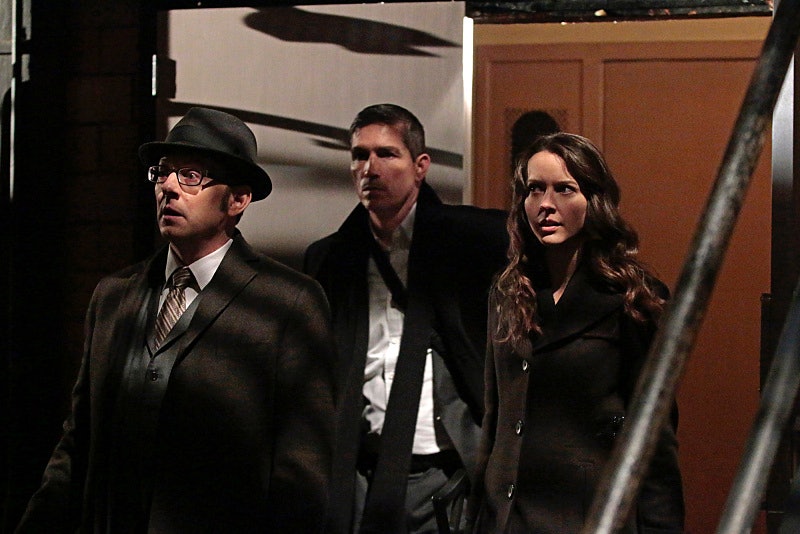 Person of Interest is probably one of the most popular CBS shows among TV fanatics, but one of the network's lower-rated shows, relatively speaking. So it still hasn't decided whether or not Person of Interest will have a fifth season this fall. CBS will probably make its final decision in time for upfront presentations later this month, but it has a lot of successful shows to make room for next fall. Every season so far, Person of Interest has premiered in the fall for a full 22-episode season. However, it could be held until winter for a shorter finale season of 13 episodes if CBS wants to split the difference between canceling and renewing the show.

And if CBS decides that they're not going to pick up the show, it's actually not produced in house, so Warner Brothers and executive producers Jonathan Nolan and Greg Plageman could hypothetically shop it around to another network, a la Sony, Dan Harmon, and Community. I think a basic cable network like TNT or USA could be a good match for Person of Interest. It's an action/thriller/political type of show, already a little edgy, but still translates well to weekly reruns because of the residual episodic elements, even as the show has become more and more serialized since Season 1.

Person of Interest has always had season finales that leave huge cliffhangers for the next season to parse apart, and Nolan has already promised that the Season 4 finale will also have a huge dramatic turn. In an interview with The Hollywood Reporter, he dished about what the finale episode will be like. " I don't think it would be the end of the season for us without having some kind of big-ass twist or surprise," he said. "That's kind of our hallmark thing, and we aim to please this year, as with every year. We're incredibly excited for the audience to take the ride with us for the last two episodes of the season. We've got some surprises in store, no question, so we're hoping they enjoy them all."

No wonder Person of Interest is on the minds of TV fans, because if it doesn't get renewed (which it hopefully will after the bonkers finale), they won't get the resolution they'll be craving after this finale. Person of Interest even won USA Today 's "Save Our Shows" poll, where readers put in that they want to see a fifth season of PoI more than any other show. Those cliffhangers are no joke — and here are the top five things that the show could use to tease the audience.

Person of Interest has been teasing a character death all season long. And could a favorite wind up biting an actual bullet in the finale?

Since they brought her back to emphasize her relationship and similarities with Reese, she could prompt him to reexamine exactly what he's doing.

3. Dominic Finding Out About The Machine

This drug kingpin is just steps away from uncovering a vast government conspiracy... and his revelation could be a shocking way to end the entire season.

Hey, in a world increasingly controlled by machines, it's kind of comforting to know that all Harper really cares about is who pays her the most to work for them. But at the same time, that makes her almost impossible to trust.

Also in his Hollywood Reporter interview, Nolan dropped some hints about the conflict between supercomputers, which will come to a head in the finale. "It's going to be a very bumpy ride. It's going to go badly for our guys, and it's going to be a giant mess." Sounds like The Machine, Samaritan, and god knows what other conspiracies are going to come to a head in this episode. If that's not enough to warrant Person of Interest Season 5, I don't know what is.

More like this
Everything To Know About The Possibility Of 'The Essex Serpent' Season 2
By Rachel Mantock
'Who Killed Sara?' Won’t Return For Season 4
By Brad Witter
ITV’s 'Grace' Will Likely Return for A Third Season — & Many More After That
By El Hunt
Pete Davidson & Kate McKinnon Are Part Of A Reported Major SNL Cast Shakeup
By Brad Witter
Get Even More From Bustle — Sign Up For The Newsletter