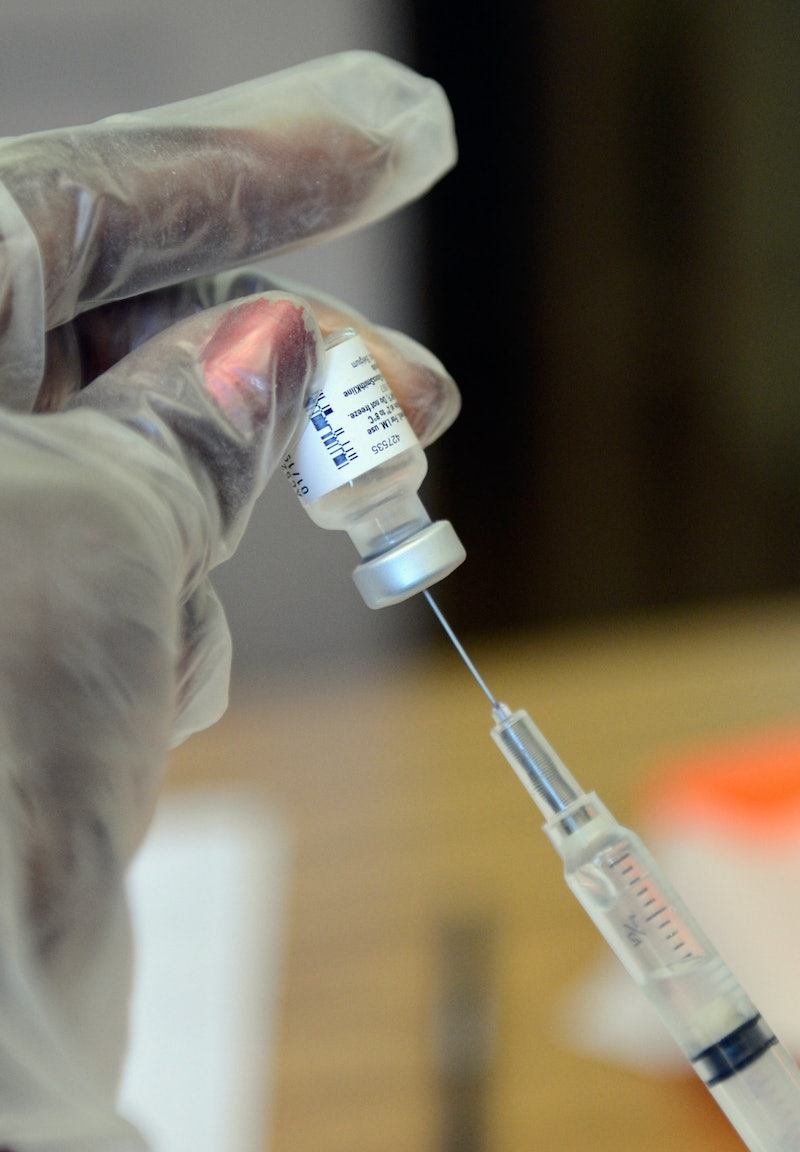 Well, HIV is having its moment in the spotlight this autumn, and in a pretty great way — for, you know, a horrible virus. Amid news that HIV cases are declining globally, and that a child born with the disease seems to be in remission thanks to a treatment that could represent a 'functional cure,' scientists at the Scripps Research Institute in California say they are now one step closer to the breakthrough of all breakthroughs: an HIV vaccine.

Researchers were able to capture molecular images of a spike protein, which is an evil-clone form of an antibody-producing plasma cell. Instead of producing a normal quantity of the disease-fighting antibody like the plasma cell would, the spike protein produces way too much of it. In this case, the spike protein researchers were interested in opening the cellular door to HIV, allowing it in to the immune system's cells to "hack their genetic code." If they could somehow take control of it, they could be on the path to a vaccine.

But in order to do that, scientists first needed to know what the spike protein looked like. Until now, however, scientists had not been able to even define it. "We understand what the immune system sees,” Andrew B. Ward, a Scripps structural biologist, said.

The next step was to be able to stabilize it — another first for the research team. The key to preventing HIV, researchers think, is being able to control the spike proteins: If they're able to wrestle them into submission, it could be a way to get natural antibodies to attack the virus. From there, it could be feasible to lay the groundwork for a vaccine.

“[HIV]’s a cheeky little virus and it has all kinds of ways of distracting the immune system by multiple methods,” research team member Bridget Carragher said. “So to get these broadly neutralizing antibodies that are actually effective is quite hard.”

More like this
Every Single Big & Small Way You Can Fight For Abortion Rights
By Tess Garcia
How 5 People Upended Their Lives To Fight For Abortion Rights
By Hannah Smothers
Hayden Panettiere Admits "Addiction" To Alcohol & Opioids Before Going Sober
By Jake Viswanath
Oh No, I Think I Believe In Manifesting Now
By Sophia Benoit
Get Even More From Bustle — Sign Up For The Newsletter