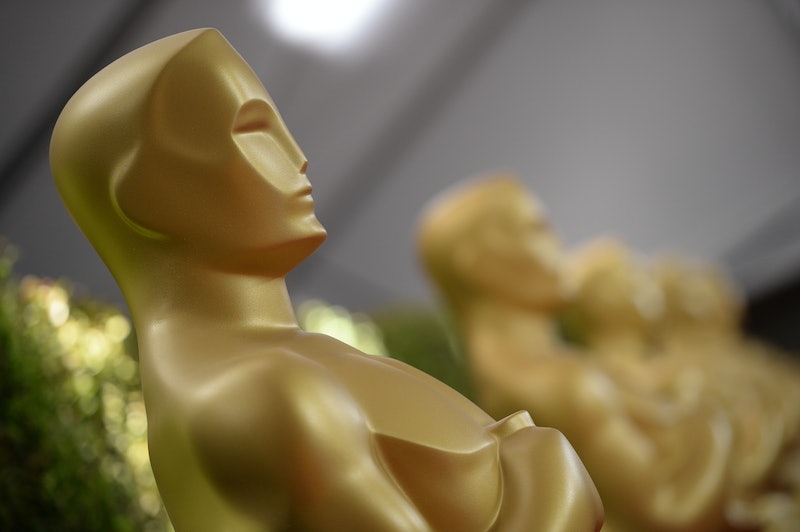 Whatever triggered your stroke of brilliance — whether it was watching the latest Sofia Coppola movie, or maybe while considering taking James Franco's screenwriting course — it happened, and now you have a fantastic idea for a film. But this time, instead of dismissing it as something that'll never work out, or forgetting it a few minutes later, you're actually considering executing your idea. So you take to the Internet to find out how exactly to do it.

But hold up! Before going forth into the screenwriting abyss, you must first craft a series of Google searches that are only marginally more sophisticated than "screenplay idea who do I tell this to." Your first instinct is to call up studio execs and relay your amazing, unique idea like the hot potato it is, collecting a tidy sum in the process.

However, something tells you there might be some more steps along the way. You just have this nagging feeling that it's not that simple. Maybe it's the millions of people that try to do this, probably every year. But your idea is fresh, brilliant, and most importantly, commercially viable. Now, if you can only find out how to nurse this golden egg of an idea into a feature film.

If you've ever considered writing a screenplay, you've probably had these 10 thoughts... and maybe even put these questions in Google. No judgments. Seriously.

Is There a Difference Between a Screenplay and a Script?

A script is was the characters are saying... and a screenplay is what they're doing. These are the same? Different? Please God let no one be standing behind me as I Google this. Alright, then. So a script and a screenplay are essentially the same thing. Huh. Who knew? First step, done!

A Third-Act Twist... What is This?

OK, I have seen many movies in my life — probably hundreds! — but what do these terms mean? Character development? Meet-cute? Structure? I'm sorry, I'm not Dawson Leery. I haven't been studying the elements of film since I was 7 years old. It's becoming increasingly clear at this point that some sort of professional guidance is necessary.

Should I Pay $19.95 to Learn the Secrets of Screenwriting?

Hmm, I'm seeing lots of helpful information about screenwriting... but it seems like it's really dancing around the subject matter until the very end of the article. Aaaaand there it is! Click here for "one weird trick" on how to write a blockbuster? OK, I'll just click it to see what it's about. Oh, an online networking seminar for three easy payments of $9.99? This is totally a scam, right? Anyone? ANYONE?

Tallying up the little things a person needs to get this done — books on screenwriting, software that will help you format it properly according to industry standards, entrance fees for screenwriting competitions — OK, this is starting to get scary. I'm going to need some seed money to take on this project. Anyone want to be my benefactor?

Are There Grants Available For Emerging Screenwriters?

Oh, only for established, professional ones, who have a few film credits under their belt? Awesome, glad I checked. I don't feel small or anything. Nope. Not in the slightest.

Do I At Least Know Any Rich People?

If the government won't straight-up give me money, do I at least know some rich people who might be looking to finance a budding screenwriter? Is there a SugarDaddiesForScreenwriters.com?

Do I Know Any Famous People?

So, selling a screenplay is the modern day equivalent of running up to musicians and foisting your cassette tape on them in the hopes that they will love it and rescue you from your current life. Maybe I can circumvent that less-than-dignified stage by taking it straight to the famous people in the movie business that I'm already acquainted with. SO! Do I know any famous actors or directors? No? OK. I didn't think so, but I just figured I'd take a moment to check.

It seems like putting your best foot forward when trying to sell a screenplay boils down to getting an agent. Let me just visit CAA and WME's websites. Ah, both highly-stylized but lacking that crucial contact information. Maybe I can call Lloyd from Entourage. Surely he'll take pity on my soul?

Am I Prepared to Write This Screenplay Knowing it May Never Sell?

Time to actually sit down and start writing. This... seems like a bigger project than I initially anticipated. Can I really spend weeks or even months of my spare time on it, and then even more blood, sweat, and tears trying to sell it, which arguably seems like the harder part, knowing it may never come to anything?

Uhhmmm YES. But only by accepting from the beginning that this project may only ever amount to a fulfilling hobby. Now there's really only one question left...

Who Am I Wearing?

When you inevitably get the nod for best original screenplay, what will you wear? I've always thought I'd go off the rack for my first time, so that I could tell Giuliana Rancic, with a trace of humility in my voice, that I bought my own dress for my first trip to the Oscars.

More like this
12 Years Ago, Austin Butler Manifested His Oscar Nom In This Disney Movie Scene
By Jake Viswanath
Why Andrea Riseborough Is Confused By Her Oscar Nomination For Best Actress
By Jake Viswanath
Yes, You Can Stream ‘To Leslie’ In The UK Now
By Sam Ramsden
Your Guide To Watching 'Everything Everywhere All At Once' In The UK
By El Hunt and Sophie McEvoy
Get Even More From Bustle — Sign Up For The Newsletter
From hair trends to relationship advice, our daily newsletter has everything you need to sound like a person who’s on TikTok, even if you aren’t.