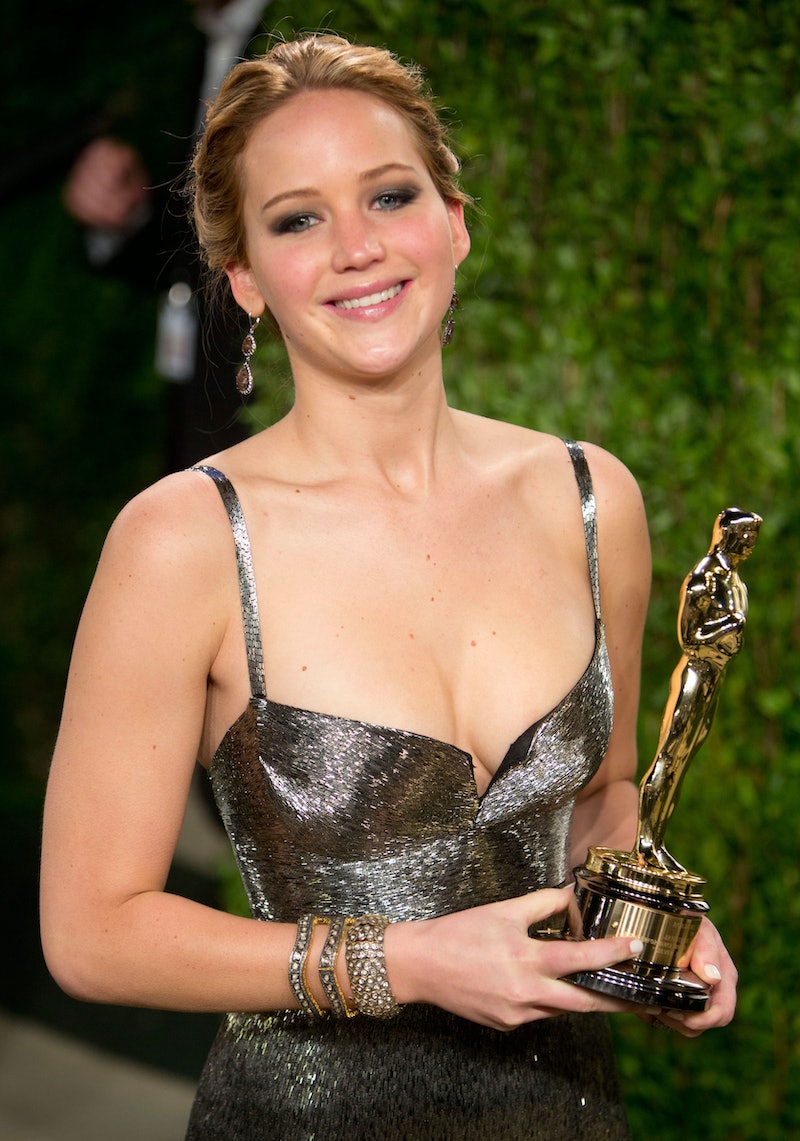 Unlike previous celebrity hosts Sarah Jessica Parker and Salma Hayek, it's an unlikely choice that Jennifer Lawrence is a co-chair of the 2015 Met Gala. Aside from her red carpet appearances — albeit clad in stunning designer creations — the Hunger Games star simply isn't one of those celebrities who walk, talk, and breathe fashion (we're looking at you, SJP). In fact, Lawrence even slammed shows like Fashion Police in the past. So, how did the Oscar winner get picked as one of the Met Gala co-chairs alongside Anna Wintour?

The choice of Lawrence as one of the event's co-hosts might have to do with her longstanding contract with Christian Dior. LVMH CEO Bernard Arnault is reportedly trying to boost the sales of the company's luxury brands, which includes Dior, Louis Vuitton, and Givenchy, in the Chinese market. This year's Costume Institute exhibit is "China: Through The Looking Glass," leading some to speculate the tie-in between the Met Ball and it's co-chairs. As far as Lawrence is concerned, the opportunity to host the Met Gala was something that she never really thought about before — until she almost passed up on it.

"I got an email and I didn't reply to it because I never do, and then I started getting pressure to respond," Lawrence said. "Then I was like, 'Yes! I'd love to!' and I really didn't know what I said yes to, and now that I know what I said yes to, I'm thrilled.'" No matter what, we're thrilled that a "girl next door" like Lawrence accepted the offer to co-chair and look forward to see what she'll wear to the Met Gala.