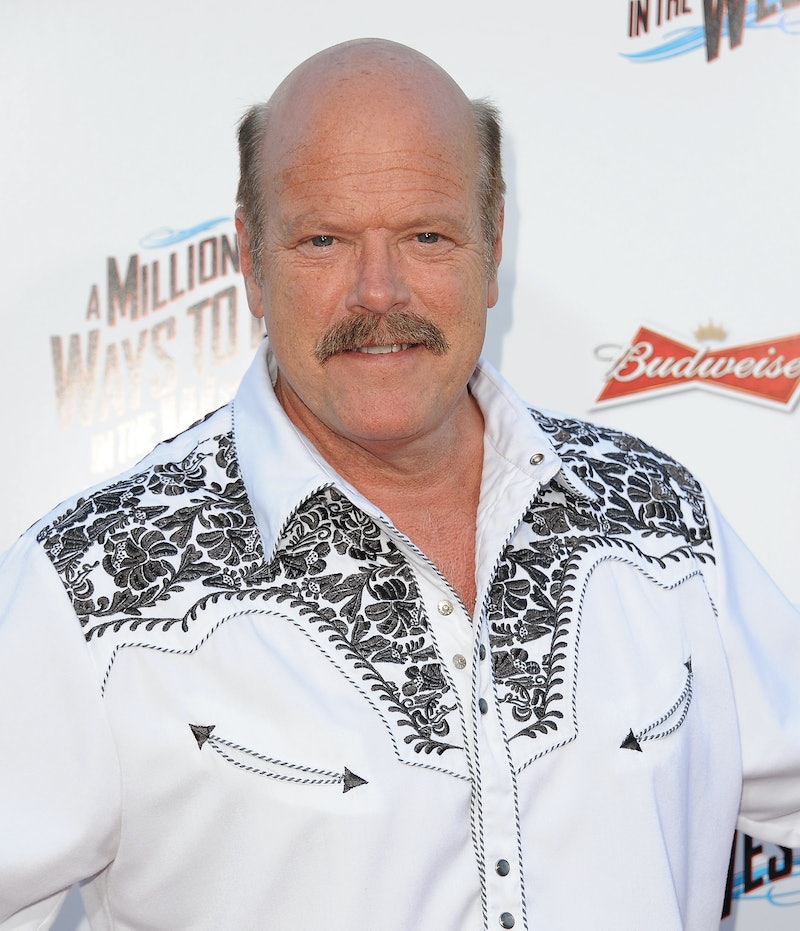 Will Lexington is one of my favorite characters on Nashville. Not only do I have a sweet spot for his O.C. roots (Chris Carmack, who plays Will, played Luke on that show), but also I think that Carmack is very talented. Watching Will climb through the ranks of Nashville society while struggling with his sexuality has been pretty captivating. This week on Nashville, we get a better glimpse into Will’s background, as his dad comes to the Music City. But who is playing Will’s father, Bill Lexington?

Veteran actor Rex Linn! Linn is best known for playing Frank Tripp on CSI: Miami from 2003 to 2012, but he’s also been in plenty of films. Examples include Rush Hour, A Million Ways to Die in the West, Django Unchained, Cheaper by the Dozen, and last but not least, Zombeaver. He seems to always get typecast as the tough cop, but in real life has never been close: Linn was actually a bank vice president in Oklahoma before moving to Los Angeles to start his acting career.

The Hollywood Reporter described Linn’s Nashville character as a “a devoted and sincere family man — but also deeply conservative,” and went on to report that "for him, having a gay son just won't fly." That description doesn't bode well if Will is planning on coming out to his dad this season, but people can surprise you. Here are a few potential situations that could happen between Will and Daddy Lexington when he appears in Wednesday night's episode "Is the Better Part Over."

Will Comes Out, His Dad Disowns Him & Leaves Nashville

This is obviously the least desired outcome, but it is a possibility. If Will gathers up the courage to come out to dear old dad, he may not like the response. It’s a bummer, but it could happen. I hope it doesn’t, of course — Bill should love his son enough to love the real him.

Will Comes Out, His Dad Is Accepting, Everyone Wins

Yay! Bolstered by his new relationship, Will could come out to his father, and Dad could be fine with it. Bill loves his son, I’m sure, and nothing should change that. It'd be such a happy moment for Will! Let’s be honest — he sure could use one.

Will Comes Out, Dad Doesn’t Like It, Luke Wheeler Talks Him Into Acceptance

Sometimes, you need a voice of reason in order to change your mind. If Will came out and Bill didn’t like it, maybe Luke Wheeler could talk some sense into Bill. Luke is a macho, good-old-boy-type cowboy, and might be just the person to make Bill realize he should accept his son.

Will Doesn’t Come Out, His Dad Says Something Offensive, Will Gets Sad

It can't be easy to come out to your family, but it must be especially difficult when your dad disparages everything you are. I fear that if Will’s dad says something offensive about gay people, it could send Will into another “let-me-stand-in-front-of-a-train” tailspin.

Will Doesn’t Come Out, He & His Dad Have A Good Time

The most likely scenario? Will’s dad comes to Nashville, they hang out and do father/son activities, Bill enjoys Will’s fame, and then he goes home. Like I said, it’s not easy to come out, so I could totally see Will taking his time to figure it all out first.

Whether the outcome is good or bad, I’m really looking forward to meeting Will’s dad: I think it will shed some light on one of Nashville’s most mysterious characters.

More like this
Watch Pete Davidson Joke About The “Really Weird” Kanye West Drama On Stage
By Brad Witter
Penn Badgley & Leighton Meester Met On A Horror Movie Set Before 'Gossip Girl'
By Jake Viswanath
Conversations With Friends' Endometriosis Scenes Are As Brutal As It Gets
By Ivana Rihter
50 Years After Creating Her Alter Ego, Angelyne Is Still Driving That Pink Convertible
By Gretchen Smail
Get Even More From Bustle — Sign Up For The Newsletter