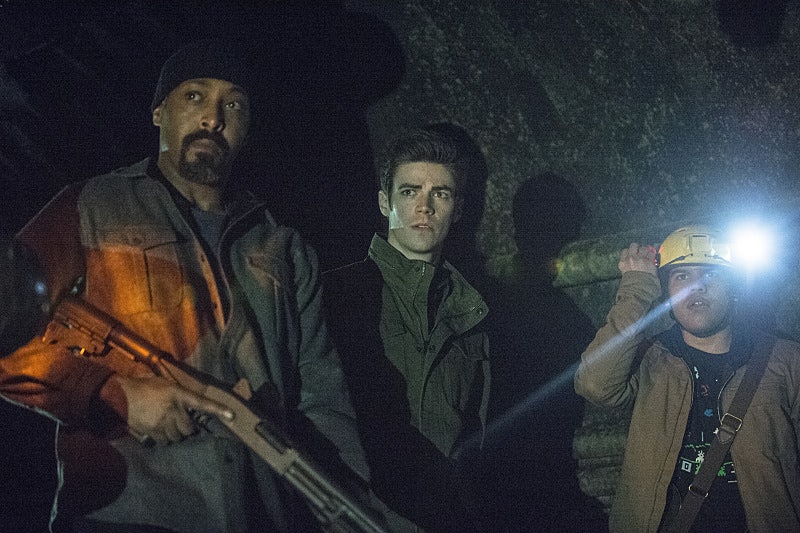 Even superhero shows have their own realities — boundaries that corral the action and keep fans enthralled without making them frustrated. As Monica Geller would say, "Rules control the fun!" The guidelines of the universe remind fans where they are, and they can change from medium to medium. That's why adaptations are rarely one-to-one. Something or someone that works in the pages of a comic book might look silly or out-of-place onscreen. But The Flash came charging confidently out of the gate in its first season. And, for its next trick, will be taking on one of its source's more difficult characters to integrate: a ginormous, biologically-enhanced, blood-thirsty gorilla. That's right, Gorilla Grodd is returning to The Flash, and I would sarcastically wish the show luck on this, but I believe in it too much.

The inclusion of Grodd feels a little to me like the fulfillment of a dare. In fact, showrunner Greg Berlanti discussed the likelihood of the gorilla showing up in Season 1 with TVLine in similar terms: "But a lot of times, we do this stuff not as a tease as much as a challenge to ourselves of, 'Can we do it?'" So, according to Berlanti, those Grodd hints that I've been tripping over all season were less of a psych-up for the audience and more of a gauntlet thrown down for the writers. The second that the gorilla was mentioned or shown onscreen, the show couldn't back out of realizing him. The trap worked, and the newest episode of The Flash looks like a Grodd-stravaganza. Watch the extended promo below.

There's a lot to get excited about here, from Iris confronting Barry to the reveal of Eobard's plans for Eddie. But I'll focus on the telepathic animal at hand. This trailer implies (nay, flat-out states) that Grodd is released by the Reverse-Flash to keep Barry and friends at bay and occupied while he does whatever he plans on doing. It also implies that Thawne-as-Wells trained Grodd and nurtured his powers, much like he did Barry Allen's. (Check out that graffiti. Father figures are all over The Flash.) I can think of several simpler ways to best one's enemies than pouring time and energy into turning a gorilla into a telepathic monster. Especially if one is a time-traveling genius. But Thawne has a sense of humor. And when you've got a gorilla just hanging around your lab waiting to squeeze the life out of something, can you just let it go to waste?

In DC Comics, Grodd gains his telepathic powers when a meteorite crashes in his hometown (where else?), Gorilla City. He and The Flash understandably clash over Grodd's mission to "[establish] apes as the ruling species on the planet," and they stay at odds. Now, I'm not expecting that the CW series will be showing its audience around Gorilla City any time soon, or ever. Grodd's origins will be tweaked to fit into this world. Most likely, he was living in a zoo or another lab of some kind and became yet another victim of the particle accelerator explosion. But how did Eobard Thawne gain his loyalty? And did the scientist have a long-term goal in mind for Grodd before he put him to work as nothing more than muscle? Those questions and others will likely be answered on Tuesday night in "Grodd Lives."