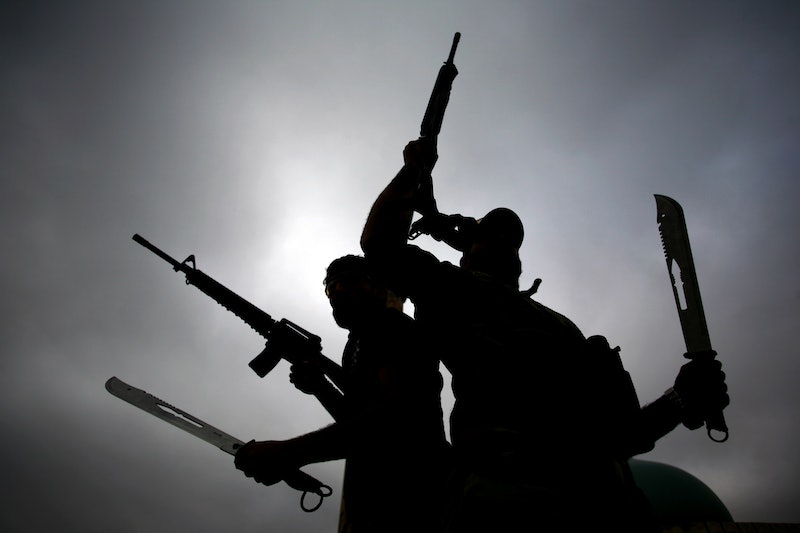 According to multiple reports, ISIS has claimed responsibility for the Muhammad cartoon contest shooting that took place Sunday outside a center in Garland, Texas, located just outside Dallas. Police shot and killed two gunmen, later identified by authorities as Elton Simpson and Nadir Soofi, who opened fire and shot a security guard in the parking lot of the controversial event. If true, this would mark the first time ISIS has claimed responsibility for an attack on U.S. soil, according to BBC.

In a radio broadcast on its official channel Tuesday, ISIS said two al Khilafa soldiers attacked the contest and referred to the roommates as "brothers," though there was no sign the militant group actually had direct contact with Simpson or Soofi prior to the attack, according to CNN. The statement warned about future attacks against the United States.

This fair was conducting a competition of offensive cartoons of the Prophet Muhammad. The brothers were killed during an exchange of fire, and we ask God to welcome them into heaven. And we say to America... that what is coming is worse and more bitter, and you will see from the soldiers of the Islamic State what ill will come.

Simpson had been under government surveillance since 2006 and was convicted and sentenced to three years probation in 2011 for lying to FBI agents about his plans to join a militant group in Somalia, according to NBC News, citing court documents. Soofi did not appear to have any ties to extremist activities, authorities said. Their apartment in Phoenix was being searched by authorities, NBC News reported.

The cartoon contest, held at Curtis Culwell Center where a cash prize of $10,000 was offered for the best caricature of the Prophet Muhammad, was a contentious event from the get-go. In Islam, depictions and portrayals of the revered religious figure is considered blasphemous. It was organized by the American Freedom Defense Initiative, a New York group that has been widely outspoken against Islam in the United States.