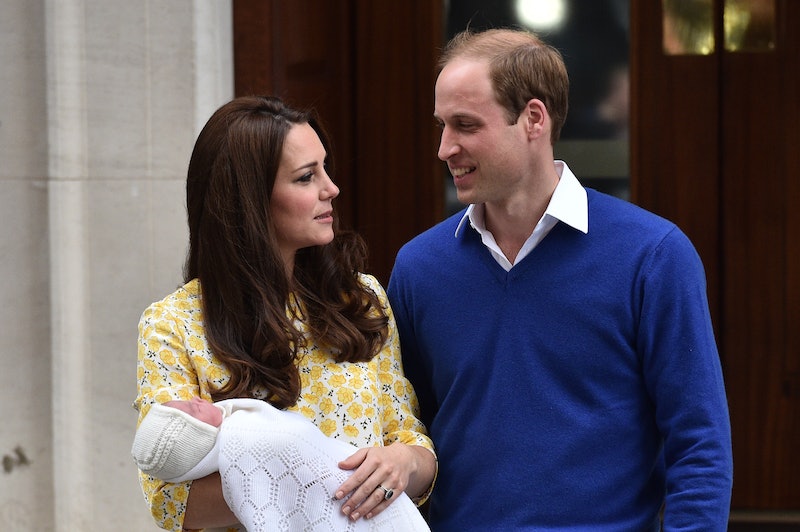 The past week has been quite a whirlwind for the royal family — and anyone who considers themselves part of the royal family like I do. More than 48 hours after welcoming their new royal baby, it was announced that Kate Middleton and Prince William named their daughter Charlotte Elizabeth Diana, so now not only is she the cutest baby ever, but she has the cutest name to match. You'd almost think the media storm around Charlotte's birth would end there, but of course not. Because on Tuesday, Princess Charlotte's birth certificate was made public, and the document truly highlights how insane her life is already.

At first glance, it seems like an average piece of paperwork. But nothing about being a real life princess is normal, down to the forms your parents have to fill out when you're born. Upon closer look, though, it becomes glaringly obvious that there are so many things I've never considered about being royal that inherently make your life different from regular citizens, or as Prince George would call us, peasants. I can say with great certainty that I have never wanted to be royal so much before, and not just because Kate Middleton is flawless and I wish that I was the royal baby instead of Charlotte.

It's mostly because of this simple fact: Being royal is actually nuts beyond all comprehension, and Charlotte's birth certificate proves it.

Under both William and Middleton's occupation, their titles are listed: Prince and Princess of The United Kingdom. I never really thought about it this way, but I guess that is their job, huh? Seeing it in print like that just solidifies the fact that you actually can grow up to be a princess, despite what your parents and teachers may have told you. Add that to the list of reasons why I wish I was Kate Middleton.

Just the name of your house. Kensington Palace. We all know where that is. Why waste time writing down the address?

Please note that he signs his name "William," reminding us that he's essentially Beyonce — aka well known enough that he needs no last name on official paperwork. In fact, nobody lists their middle name on this form. The spots for "surname" simply have a dash through them. Surnames are for commoners. Everyone knows that.

Like, we have to call her Your Royal Highness. Most of us are technically less of a success than a baby who is three days old. Let that sink in.