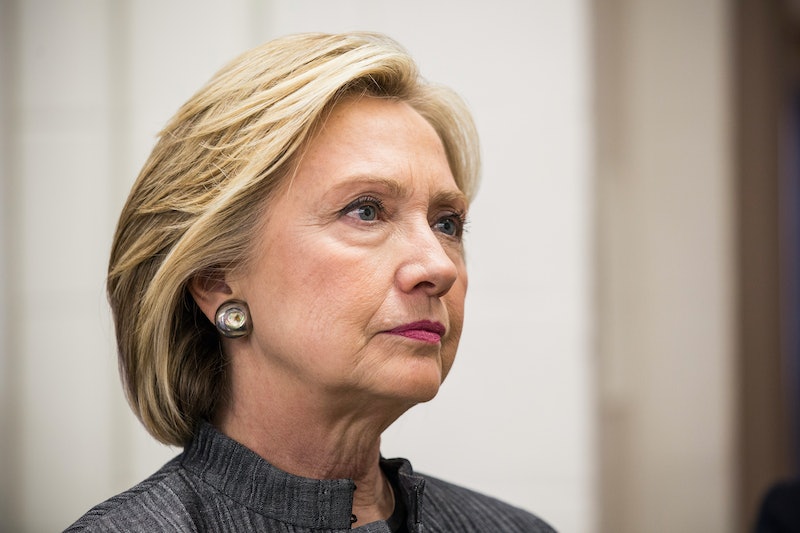 If you can say one thing about Hillary Clinton, it's that she won't shy away from striking a contrast between herself and the GOP. With a long primary season ahead, the main sources of Democratic uncertainty about Clinton rooted in the party's left, and her only other declared challenger being independent socialist senator Bernie Sanders, the time has never been better to appeal to the party's activist base. And few issues have as much activist force right now as immigration reform: Hillary Clinton will endorse a "full path to citizenship" on Tuesday, according to The Washington Post, in remarks to a predominantly Latino high school in Las Vegas, Nevada.

Clinton's campaign released a preview of her remarks prior to her event at Rancho High School on Tuesday, in clear knowledge that they'd generate some big-time attention. The central thrust: She's going to go a step further on immigration than she has at this point of her campaign, arguing that immigration reform must contain provisions to clear a "full and equal" path to U.S. citizenship. Her campaign's explanation:

The standard for a true solution is nothing less than a full and equal path to citizenship. She will say that we cannot settle for proposals that provide hard-working people with merely a second-class status.

If you plan on being a voter in 2016, Clinton's immigration position should be hugely important to you, because this figures to be a place of sharp divide between her and... really, whomever lands the GOP nomination. Clinton has come down on the same side as President Obama on many of these issues — in particular, she supports Obama's executive order on immigration, one of the most politically contentious actions of his second-term. It seems she isn't afraid of a fight on this point.

Needless to say, the order is anathema to the mainstream GOP. There are few issues that Texas Sen. Ted Cruz loves to attack more than the notion of amnesty for America's undocumented immigrants, and comments far milder than Clinton's have gotten former Florida Gov. Jeb Bush into some hot water with his own party — all he said was that he thought DREAMers should be on an "accelerated" path to citizenship.

You might remember that in 2012, Mitt Romney fought like hell to stake out a far-right position on immigration, attacking former Texas Gov. Rick Perry — the executive of a sprawling border state — for being insufficiently muscular on the issue. When Perry defended in-state tuition privileges for children of undocumented parents, saying he thought opposing it showed a lack of heart, Romney took a jab in a subsequent CPAC speech.

I think if you are opposed to illegal immigration, it doesn’t mean you don’t have a heart. It means that you have a heart and a brain.

Every candidate is going to have certain policies they veer further to the left on, and some further to the right. In Clinton's case, she's often been accused of rather hawkish foreign policy views. There isn't necessarily a sign that Clinton wants to be the exact opposite of Romney on immigration — Bernie Sanders can be a hard guy to get to the left of, and she doesn't have enough other, genuine rivals to ground herself off of. But she needs to be able to make a moral case for an important liberal policy at some point, and immigration could be her choice.

It would, frankly, be long overdue. That's not a comment on Clinton specifically so much as the Democrats writ large — Latino voters (like many communities of color) have strongly bolstered the party's fortunes in recent elections, and as such, the desire to see this issue put unapologetically front-and-center makes a ton of sense.