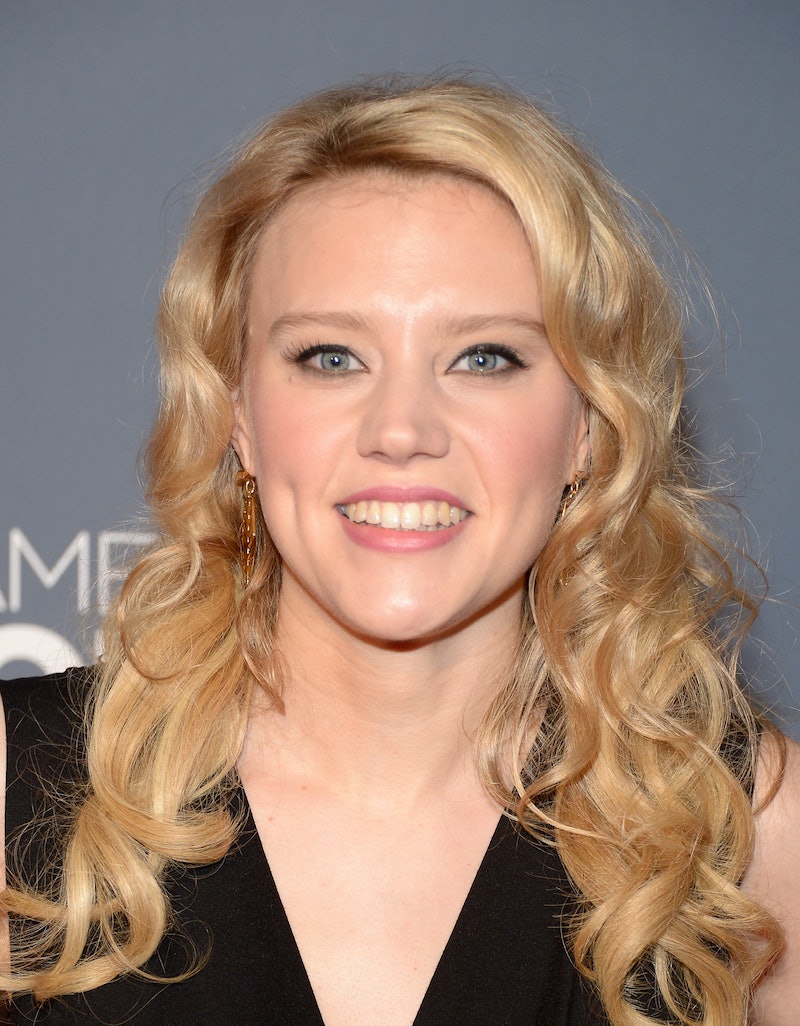 I wouldn't be surprised if expert impressionist/beautiful human/Saturday Night Live powerhouse Kate McKinnon was off the market. I mean, if a great Justin Bieber impression doesn't seduce you, I don't know WHAT does. But why not find out for sure? Is Kate McKinnon single? If not, what charmed soul is she dating?

When she joined the SNL ranks in 2013, McKinnon made history as the show's first openly gay cast member. However, we haven't seen any S.O.'s walking the red carpet with her so far. Unfortunately, McKinnon doesn't have an Instagram or a Twitter account, so I can't do any social media stalking. BLAST IT!! However, a few people on Twitter and some blogs have linked the comedienne to the Broadway actress and sketch comedian Marla Mindelle. These posts claim that Mindelle and McKinnon are in an exclusive bae-ship, although this could just be wishful thinking. Someone posted a series of pictures to a fan Tumblr account for McKinnon that showed her bringing Mindelle as her 2014 Emmy date. Also, the pair attended The Broadway Prom back in 2013, which looked like a rootin' tootin' good time.

If the two are indeed dating, it seems like they're quite the entertainment industry power couple. Mindelle has some pretty huge Broadway shows under her belt. She recently played Gabrielle in the Broadway production of Cinderella , and Sister Mary Robert in the Broadway run of Sister Act. Listen to her belt out "The Life I Never Led," a ballad from Sister Act. Sister's got PIPES.

She also comes from a musical theater family. Her dad was a composer, and her parents met on a community theater production. Listen to her talk about her love for the theater in the following interview!

Mindelle and her sister also have a sketch troupe called "CUNexTuesday" that puts out comedy for ladies by ladies. Sounds GOOD to me.

While we can't say with certainty that McKinnon is taken by this (potentially) lucky lady, if they are together, it seems like a match made in extremely-talented-person heaven.