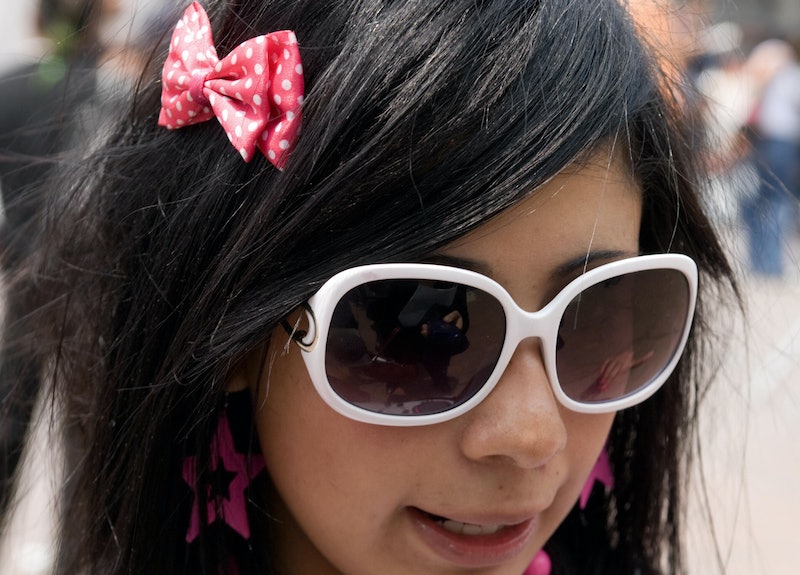 When I hear the term "emo kid," flashbacks of my late high school and early college years come rushing back to me. Seeing the pictures of my friends and me wearing emo kid fashion during that time in my life makes me smile. OK, and laugh a little, too. (Wait, that's far too much positive emotion for a former emo kid. Insert slightly confused and possibly bored emoji here.)

Although my emo days are behind me, there will probably always be just a little bit of that part of my teenage persona lurking around the corner. I can still remember pouring endless hours into listening to Dashboard Confessional and Bright Eyes albums from start to finish alone in my bedroom, knowing each and every word, being content to process all the emotions evoked in the lyrics completely on my own. And even though the bands and the feelings they incited have changed, I still enjoy taking an hour of my day to listen to a full album on my own.

Emo kids were known for being the loners in school — usually associated with being a little shy — but mostly considered far too deep for anyone else to care about or take notice of. But the fashion and style (and music) that came along with this particular label in school has created a legendary look that no one can forget. I mean, there are too many old MySpace pictures floating around for that to happen anyway.

But in case you need reminding (or just want to take a stroll down memory lane), here are nine fashion pieces any former emo kid has most definitely owned (and probably still holds onto).

If you were wearing a band t-shirt, you were supporting the music! Part of being emo was knowing about bands no one else knew, so the more obscure the band, the more emo you seemed. T-shirts in general were definitely a staple in your wardrobe, especially if they were from Goodwill or had some random place or phrase or image on them that no one could figure out. As always, obscurity equals uniqueness.

Or any thin jacket, preferably black or dark hued. You could pull that hood right up over your head, and the world would disappear. Plus, the pockets were a perfect place to put your hands and appear even more nonchalant.

A quintessential statement to your beloved style, striped anything was pretty golden. But striped and fingerless gloves kept our palms warm and cozy while still looking cool.

And, of course, dozens of them. Who knows why they got so wildly popular? But I do recall a part of the emo craze consisting of wearing different colored, rubber bracelets, each color used to represent a variety of sexual acts. So if you wore a particular color, you were admitting to conducting a particular act. Oh, teenagers.

Emo kids loved their buttons. I used to put mine all down the strap of my messenger bag. These were also usually band merch picked up at the latest show you went to.

They were just everywhere, and don't forget the multi-colored ones! The above photo is of a good friend and me back in the day at Warped Tour, because you know, that was another super emo thing to do.

Emo kids were wearing tight pants before everyone hopped on the skinny jean bangwagon! Tight pants are probably the quintessential piece of clothing that defined an emo kid. Whether they were black or just dark denim, a little hole or slits at the knees completed the look.

Another pair of pants that were popular among emo kids in my day were Dickies. The classic work pants somehow made a statement in the emo scene of the early 2000s.

They were sort of the ultimate shoe for the emo kid. They weren't skater shoes like Vans, but gave off a more "I listen to cool music" vibe.

More like this
Most Comfortable Underwear For Big Butts
By Audrey Williams
Are Skater Shoes the Next Y2K Trend to be Revived by Gen Z?
By Lauren Alexis Fisher
The 11 Best Front Closure Bras For Big Boobs
By Maria Cassano
7 Nail Polish Color Trends That Pros Predict Will Be Huge For Fall 2022
By Olivia Rose Ferreiro
Get Even More From Bustle — Sign Up For The Newsletter