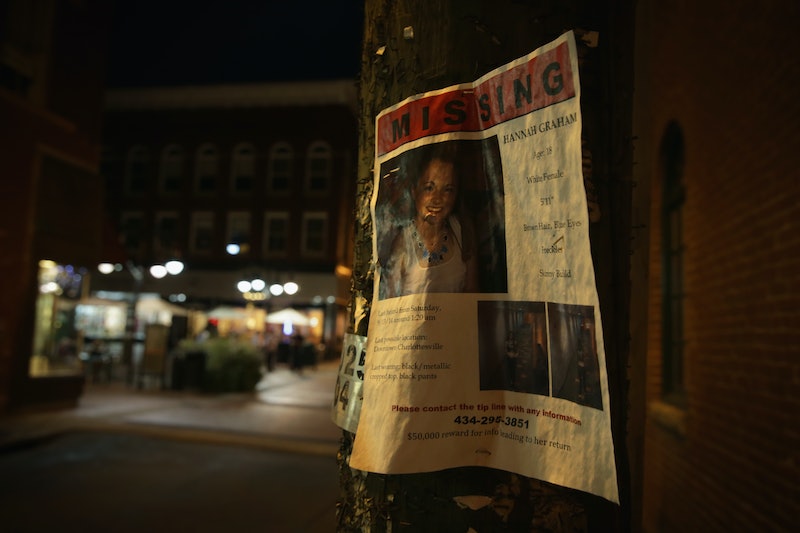 "[There is] compelling evidence from the lab [for which] capital charges are now appropriate," said Lunsford in a news conference, indicating that decision to press for the death penalty had not been an easy one. "If I didn’t believe [the new findings were] worthy ... we wouldn’t be standing here today."

Court documents allege that Matthew had murdered Graham "with intent to defile," meaning that Matthew had allegedly planned to sexually assault the teen, reported The Washington Post. According to the report, Lunsford had not originally planned to seek a capital punishment sentence until she had spoken with Graham's family and "weigh[ed] the impact on the community."

Graham first went missing in the early morning hours of September 13, 2014, after sending a text message to friends, indicating that she had gotten lost on her way to an off-campus party "in the area of 14th and Wertland Streets," according to police records. Documents showed that she had planned to meet up with her friends, but never showed. Her last appearance was caught on tape by a surveillance camera near a Charlottesville pub around 12:46 a.m.

Further witness reports later indicated that Matthew had met up with Graham around 1 a.m. near a downtown mall, and had walked with his arm around her past a nearby restaurant before the two disappeared down the road. Graham was reported missing four days later. Her remains were discovered that October in an abandoned lot eight miles from her last known sighting.

In a similar case from 2009, 20-year-old Virginia Tech student Morgan Harrington, whose mother stood in the courtroom Tuesday, disappeared after a rock concert and her remains were later uncovered in the same abandoned lot. DNA was recovered from under the victim's fingernails and linked Matthew to the Harrington case, but he has not been charged with Harrington's murder. Matthew does face charges in another case in Fairfax, Virginia, where he allegedly attacked a woman and attempted to kill her in 2005.

Virginia law dictates that any suspect accused of capital murder must be represented by two attorneys. On Tuesday, the Associated Press reported that Circuit Judge Cheryl Higgins had appointed capital defense attorney Doug Ramseur and Charlottesville lawyer Michael Hemenway to stand in for Matthew's previous team of defenders. An initial scheduling date to determine court proceedings was set for June 25, reported the AP, giving some solace to grieving family members awaiting an eventual ruling.

"As long as we're alive, we will bear this grief and this burden," Harrington's mother Gil told reporters outside the courtroom on Tuesday. "You want to ask why, but there's no answer for that."