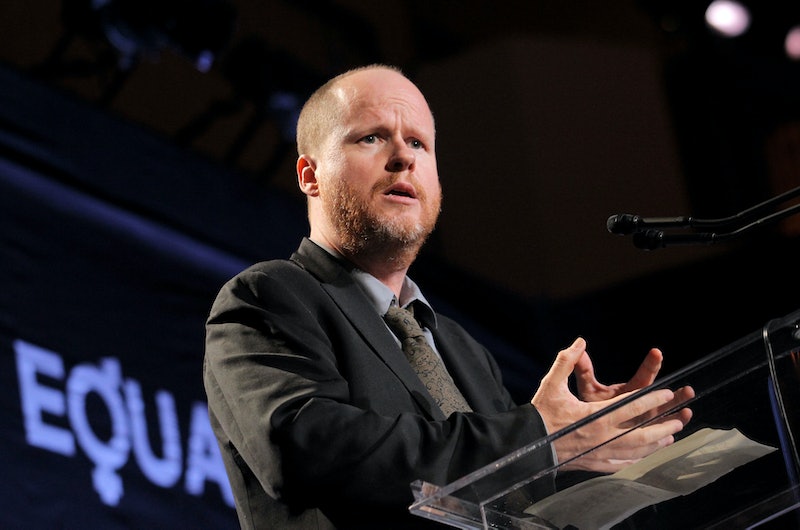 Joss Whedon has had a rough year, career-wise. First, he quit as a director for the Avengers films and has since been replaced by the Russo brothers. Then, the people who didn't receive Age of Ultron well derided him for setting Black Widow up as more of a love interest than a hero. On Monday, Joss Whedon quit Twitter, and rumors quickly began to fly that it was because he was receiving death threats from angry feminists about the way Black Widow was written in the latest Marvel film. However, on Wednesday, Whedon spoke to Adam B. Vary of BuzzFeed to put a stop to those rumors. According to him, feminists aren't the reason Whedon quit Twitter, and he thinks it's ridiculous that people are saying that:

That is horses***. Believe me, I have been attacked by militant feminists since I got on Twitter. That’s something I’m used to. Every breed of feminism is attacking every other breed, and every subsection of liberalism is always busy attacking another subsection of liberalism, because god forbid they should all band together and actually fight for the cause. I saw a lot of people say, ‘Well, the social justice warriors destroyed one of their own!’ It’s like, Nope. That didn’t happen. I saw someone tweet it’s because Feminist Frequency pissed on Avengers 2, which for all I know they may have. But literally the second person to write me to ask if I was OK when I dropped out was [Feminist Frequency founder] Anita [Sarkeesian].

Speaking as a feminist who disliked Black Widow's plot in Age of Ultron for reasons unrelated to her being written as a love interest, there is absolutely no excuse or reason to ever be slinging death threats at another human being. And, if you're angry about the way a character has been written, there are ways to call out the people behind it without resorting to insults or violence. So it's a relief to me that death threats aren't what drove Whedon off of Twitter — threats which Time has reported actually didn't make up a majority of the messages that were sent to Whedon on any given day, even recently. In fact, in Whedon's own words, it was "nothing that made me go, 'Wait, they’re calling from my house.' It was like, OK, these guys don’t understand about hyperbole."

So what's the real reason that Whedon took a step back from the Interwebs? He wants to concentrate on "his personal life" and his writing, something that the Internet makes pretty hard to do. Which implies that deleting his Twitter was more about removing temptation than about running away from Internet trolls and their negativity, though it's sad to acknowledge that hateful trolls are something that Whedon has to deal with so often that they don't even make a dent in his day anymore. Still, it was admirable of Whedon to clear up the fact that feminists are not to blame for his decision to exit Twitter. Despite the sheer number of celebrities, both male and female, who have tried to reclaim the word in the last year, it still carries an incredibly negative connotation.

Yes, a lot of the criticism about Age of Ultron have come from people who think that Natasha's storyline as a love interest for the Hulk (and vice versa) undermines her strength as a character. Yes, a lot of that criticism is based in the feminist ideals of the critics rather than a general distaste for how the storyline was handled on screen. However, the ease with which the blame for Whedon's Twitter exit fell at the feet of feminists as a collective group, rather than a band of disappointed fans, just goes to show how far the movement has to go in order to escape the negative stigma that all we do is sit around finding stuff to complain about, that we hate all things feminine, and that a woman can't be written falling in love without sacrificing any claim to strength that she once had.

Whedon fans need not worry — he'll probably be back on Twitter soon enough. While he actually leans more toward never coming back toward the end of his BuzzFeed interview, he does compare Twitter to a drug and himself to an addict who heads there for news, jokes, and positivity from the fans. I doubt he'll be able to give it up cold turkey between projects. Now that we've put the matter of "angry feminists" driving Whedon off the Internet to rest, fans should start looking forward to the moment he returns with a new project. The radio silence we're now getting from his Twitter account apparently means he's working.