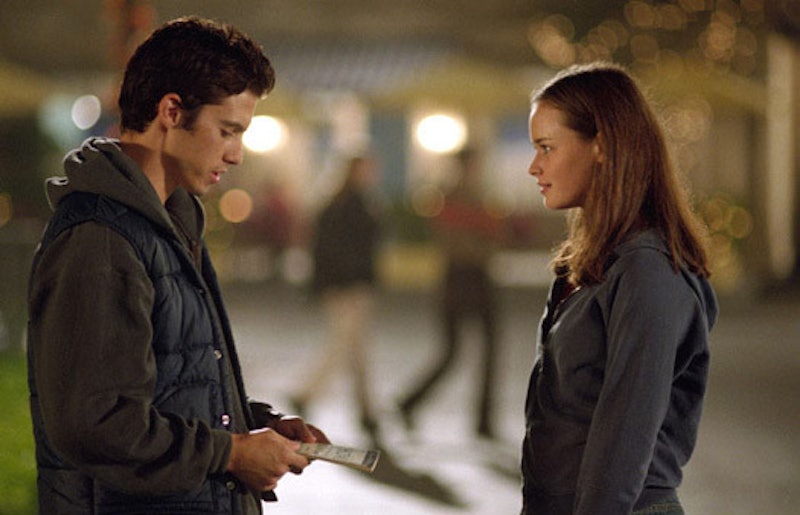 To this day, long after Gilmore Girls has been off the air and bouquets of carnations have been placed on its metaphorical tombstone, fans still ship Rory and Jess. I mean, every once in a while you'll get a stray Logan fan or someone who fell head over heels for Dean's car-building gesture, but most fans are overwhelmingly pro-Jess Mariano. Why? Because of the argument that those two crazy kids were truly and utterly soulmates. But were they?

Jess was the baddest of the bad boys, and Rory was doe-eyed innocence in a plaid skirt. Though there were parallels in their up-bringing, they came from completely different worlds and had entirely different attitudes. They had similar taste in music and a passion for reading, but does that REALLY make them perfect together?

At this point you're shouting an emphatic, "YES, shut UP, Mary Grace," to your computer screen. I respect that. I know questioning their love is a thing of blasphemy. I'm just saying we need to take a closer look at what the two actually have in common before we continue to 'ship them into the show's afterlife. Then, and only then, can I keep the couple my blessing.

So let's kick it old school and whip up a little diagram about what makes Jess and Rory so similar... and what sets them apart.