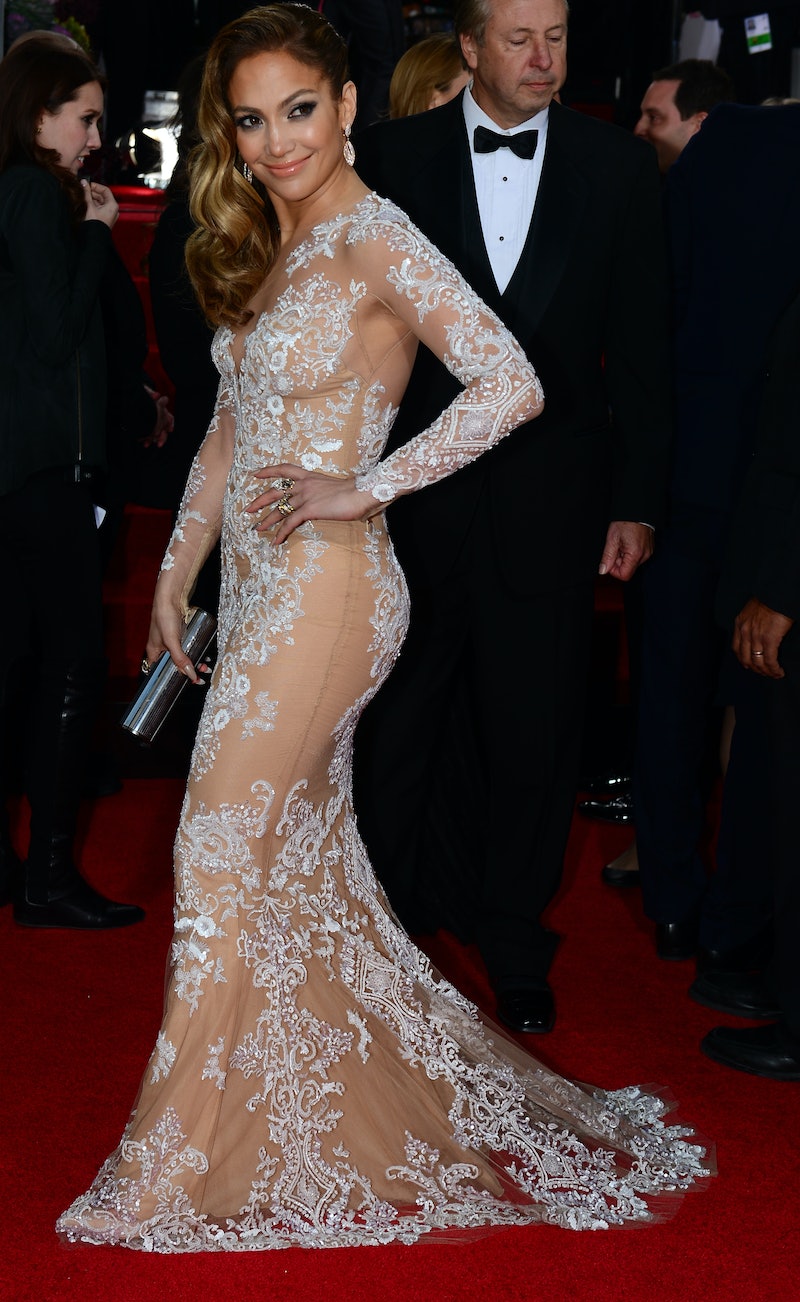 Every major red carpet event brings out a handful of barely-there gowns worn by brave starlets who risk a major wardrobe malfunction in front of millions of people. But what you may not have known, is that Hollywood has a hidden secret for pulling off the nude look — stick-on underwear! In an interview with Teen Vogue, Sarah Hyland revealed that stick-on underwear is the trick to pulling off those nearly naked dresses that starlets have been rocking so often lately. My mind is officially blown. Sure, I've heard of stick-on bras, but stick-on undies?? How does that even work?!

"I like underwear, I think they're really great, but my dress went so low, that I couldn't wear any because they would show. So I had to wear these sticky underwear — they're like stick-on bras. That's something I never thought I'd do," the actress told Teen Vogue. That super low dress she was talking about was the cutout gown she wore to the 2014 Video Music Awards (pictured below).

So does this mean that Beyoncé, Kim Kardashian, and all the other celebs that went almost nude to the Met Ball were actually wearing underwear?! Probably. I swear I thought they went straight up commando. This is one really good trick.

Here is Sarah Hyland's way-low dress at the VMA's. No sight of that stick-on underwear — amazing.

Now that I am aware of this ingenious tactic, certain famed red carpet gowns come to mind that could really use stick-on underwear. Let's review, shall we?