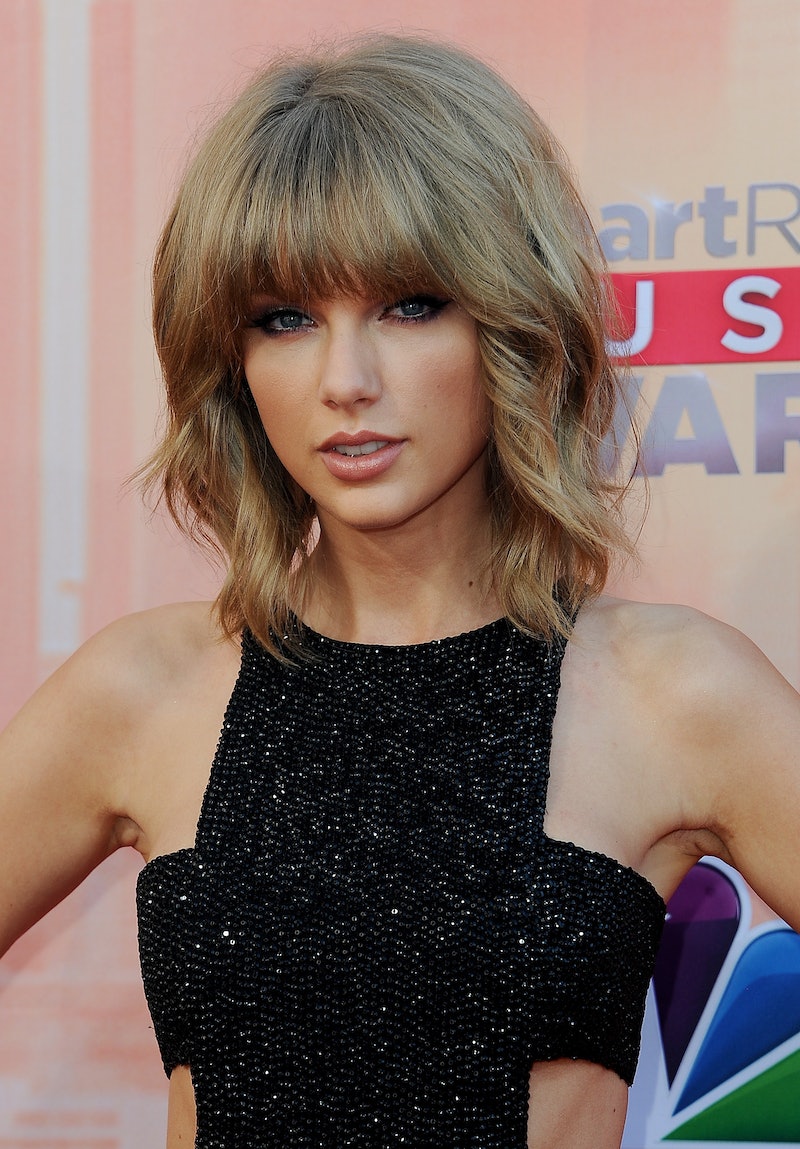 Well, no one saw that coming. Taylor Swift may be known for her fun, inventive music videos, but it's safe to assume that nobody expected the singer to announce the impending arrival of the video for "Bad Blood" with a poster calling herself "Catastrophe." But that's exactly what the star did, and while the move may have surprised fans, most are likely coming to the same consensus: it looks so cool.

Everything about the poster, from its Sin City-vibe to Swift's black leather jacket, is totally different than anything the singer has done before And then, of course, there's the creation of Swift's alter ego, a person named "Catastrophe" — a name chosen both for its poke-fun-at-the-media message and its inclusion of the word cat, perhaps? This is Taylor Swift, guys. Don't put it past her.

As exciting as it is to have a new element of the star introduced, though, what's even more thrilling is wondering if the entire star-studded video is going to be based around Swift and her friends' alter egos. What will Cara Delevingne call herself? Will Ed Sheeran come up with something great? Here's our best guesses for what the alter egos of these nine Swift pals would be:

It's tongue-in-cheek, of course; the supermodel — and confirmed star of the "Bad Blood" video — is known for being herself.

Swift and Kloss are basically twins, so it only makes sense that they'd choose similar alter-egos. As for the K, the "Karlie's Kookies" founder has displayed a love for the initial in the past.

Come on. It fits.

It's definitely imaginable that the band would use their name to pay tribute to another famous sisterly trio.

Over the years, the singer has shown that she can bounce back from anything, whether it be Internet trolls, a bad boyfriend, or — gasp! — ending her friendship with Swift.

Also confirmed to be appearing in "Bad Blood," The Paramore singer would have plenty of fun under this alter ego.

Just because she's pregnant with her second child doesn't mean that King won't want in on the action.

What, did you expect his alter-ego to be humble?

It's already an alter ego, and it's pretty great. The singer's confident enough to keep her name as is.