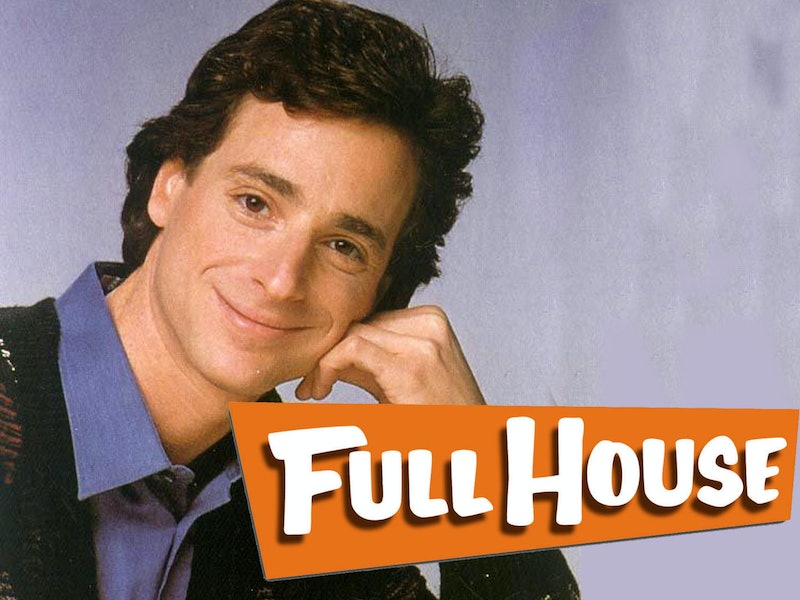 If it wasn't for Danny Tanner's weekly dose of life advice on Full House , I wouldn't have made it as far as I have. A single dad raising his girls Michelle, Stephanie, and D.J. in a house with his brother-in-law and best friend, Jesse and Joey, Danny showed us how to take all the craziness of life with a sense of humor and a kind heart. And, of course, he gave us some tough love to wash it all down. Bob Saget portrayed our favorite sitcom dad for more than seven years until Full House aired its final episode in the summer of 1995, and even though it's been years since the show was on the air during primetime, Danny's words of wisdom live on in me to this day.

I don't know about you, but I was raised on a combination of television and sarcasm (and, later, the Internet). Now, everywhere you look (get it?!) there are situations where I stop and think, "What would Mr. Tanner have me do?" And 9.9 times out of 10, his advice is right on the money.

In honor of our favorite TV dad, here is some of the best advice I've received from him over the years.

Home is an oasis away from the chaotic world, away from people and their problems. Coming home to a dirty house or apartment throws a chink in this vibe. In order to maintain this healthy outlook, just keep the seven words shown above in mind at all times.

Weird is great! Normal is boring. Danny Tanner always flaunted his uncool but hilarious and spirited mannerisms and wasn't afraid to hide them. It's better to have danced and jived than to have never gyrated at all.

You can't force people to stop calling you names, but you can change the way you react to those names. If you're weird, own it and show it to the world.

When society made little Michelle sad by saying girls can't race cars, her dad set the record straight. There are no misogynistic chains binding us! We can do whatever we want in life, whether you're Uncle Jesse taking ballet, or you're more like the Tanner gals who march to the beat of their own drummers.

5. The Golden Rule Of Childrearing

Danny Tanner raised three girls at one time without a partner, so he knows what it means when a child is shouting about poking a sword through your eye and out the back of your skull... Oh wait, that's Game of Thrones parenting. Full House parenting means smothering your children with love in their hour of need.

6. Dwelling Is The Devil's Play Thing

I'm a dweller. I can't help it. I've always been that way. When something goes wrong or I'm stressing out about something beyond my control, I keep thinking about it until it drives me insane. That's when I have to remember to think of Danny Tanner's advice: we have to accept things as they come and keep on trudging along.