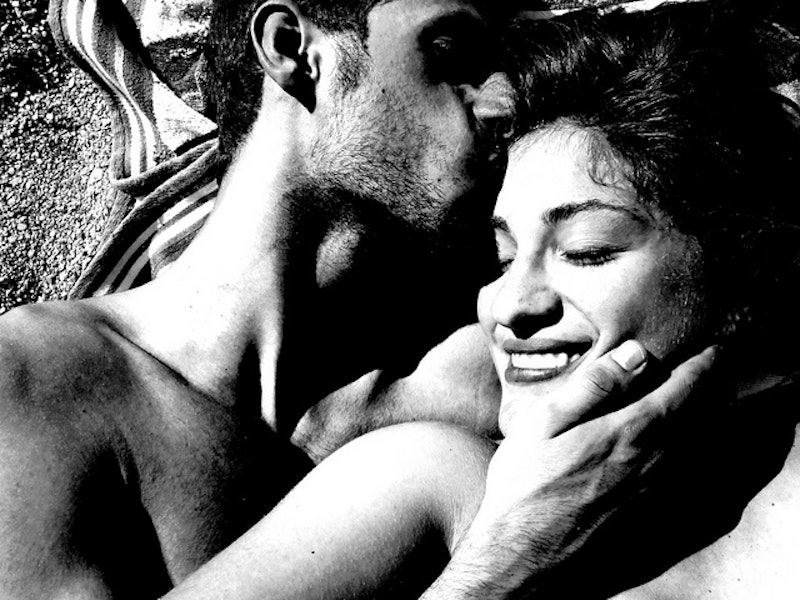 Recently, it seems like there’s been a sudden influx of studies regarding the over-sharing, selfie generation and their sex habits. Just to quickly recap, millennials have fewer sexual partners than their parents did. They’re totally cool with premarital sex. They support same-sex marriage more than they do casual sex and abortion. With the wide range of dating apps and websites available, millennials are finding love a lot faster than their parents did. So, premarital sex? Cool. Gay marriage? Totally fine. So, what's not cool? Most millennials don't support extramarital sex.

A new survey found that while people are more tolerant of premarital sex, adolescent sex, and same-sex sexual activity, people aren’t so open-minded about extramarital sex. In order to track how public opinions on sex have changed in the last 40 years, General Social Survey took 33,000 adults and asked them about their feelings toward sexual norms. Questions they were asked included:

When it came to extramarital relations, in the 70s, only 4 percent of those surveyed said it was acceptable. Jump 40 years later, and that number has dropped. Now, only 1 percent of people said infidelity was acceptable.

In an essay written by Esther Perel for Ted, Perel writes, “There is one simple transgression that can rob us of our relationship, our happiness, our very identity. So poorly understood, this act is nonetheless extremely common: an affair … No aspect of a couple’s life elicits more fear, gossip or fascination than an affair. Adultery has been legislated, debated, politicized and demonized throughout history. Yet it has existed forever.”

Honestly, the findings aren't really all that surprising. After all, who wants to get cheated on? That's right, nobody. Then again, we do live in a time when technology can easily connect us to strangers around the globe, thus more opportunities for people to step out on their relationships if they so choose. Not to mention, there are apps out there that heavily promote infidelity. So, while people may say that they don't agree with extramarital affairs, it doesn't necessarily mean that they aren't out there doing it.

Thus, another chapter closed in the millennials' sexual habits handbook.

More like this
12 Aphrodisiac Desserts To Spice Up Your Valentine’s Day
By Kaitlyn Wylde
12 Anti-Valentine’s Day Memes For People Who Are So Over Romance
By Meghan Bassett
My Partner Wants Me To Wear A Diaper During Sex. Help!
By Sophia Benoit
23 Super Sweet Things To Write In A Valentine's Day Card
By Karen Belz and Lexi Inks
Get Even More From Bustle — Sign Up For The Newsletter
From hair trends to relationship advice, our daily newsletter has everything you need to sound like a person who’s on TikTok, even if you aren’t.