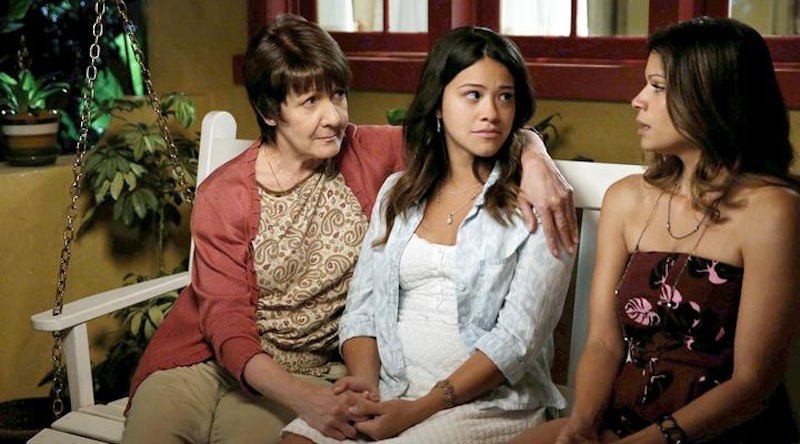 While we don't have our entire TV schedule for Fall 2015-2016 confirmed just yet, enough shows have been renewed or ordered so far to give us a good idea of what kind of TV landscape we can look forward to in the future. ABC has renewed Agent Carter for Season 2, and is leading the feminism charge with a new Shonda Rhimes show, but they're not the only network bringing female-driven shows to the screen. And it's not just new shows — many feminist favorites that have already been airing will be carrying on into the new TV season, something I couldn't be more excited about. Feminism and diversity are two things that I look for when adding shows to my DVR, and I'm proud to say that many shows that I have in there already will be returning for another great season.

If you're unsure about what you should be watching come Fall, look no further. I understand the pressure of getting into a new show. Will you like it? Is it worth it? What if you put it into your DVR only to have to take it out again? That's such a hassle. The seven shows I'm about to list for you below have all been renewed for another season, which means you can use the time between now and Fall to catch up on the previous ones. That will give you the opportunity to figure out how much you adore the show, and to marathon it safe in the knowledge that there is a lot more to come.

So, without further ado, here are seven feminist shows that have been renewed and that you should be watching.

Seasons: One complete, with a Season 2 order thankfully on the way.

Feminist Icons: Peggy Carter and Angie Martinelli, who taught Peggy that no woman is an island and it's OK to rely on your lady friends.

The thing that saddens me about Agent Carter is that not that many people watched Agent Carter. And when I say it saddens me, I mean that the show routinely made me tear up and I had very few people to share these feels with. Peggy's journey to found S.H.I.E.L.D., unaware that her life's work would be contaminated by HYDRA before it even properly took off, has been rife with women's issues and self-expression; more people need to tune in to watch what is currently the only show or film in Marvel canon to be driven by a female character.

Seasons: One, with a Season 2 order on the way. And Gina Rodriguez has already won an Emmy. Just saying.

Feminist Icons: Jane Villanueva herself, although her mother, Xiomara, is not to be denied.

Jane The Virgin was a show with a ridiculous premise that never once took itself too seriously and still managed to give us all the feels. The contrived coincidences were played for laughs, the telenova aspects were highlighted and sometimes subverted, the narrator was a character all on his own, and, damn, could Gina Rodriguez make you feel. Even irresponsible mother Xo was given enough character development and heart to make you realize that the greatest thing she's ever done was be a mother to Jane. VILLANUEVA FAMILY FEELS, guys. It's time to get on board this ship if you haven't already.

I don't think there was a person out there who didn't believe that Scandal was going to be renewed, but there are people out there who still aren't watching Olivia Pope take over Washington, DC. Like Jane The Virgin above, Scandal has the distinction of being both feminist and diverse — something which other shows on this list can't brag. Scandal is a great way to get your fix on feminist speeches and lyrical declarations said in rapidfire by the actors, which is charming in its own way. It's about time you add this one to your DVR, especially since it's on Netflix.

Seasons: One season, and ordered for a Season 2 despite all odds.

Feminist Icons: Would saying Liv be too cliché? She's a zombie Veronica Mars!

iZombie, like Jane The Virgin, was a dark horse show that no one took seriously. She's a zombie... who solves crimes... by eating the brains of the murder victims. Oh, OK. However, the former Tinkerbell actress Rose McIver took Olivia "Liv" Moore and turned her not into a Veronica Mars expy, but into a deep, well-developed, utterly badass character in her own right, who is comparable to, but not overshadowed by, Veronica Mars before her. Add that to a diverse cast and some of the best one-liners on network TV, and you have a show you're really missing out on.

Seasons: Two seasons down, and barreling into a third.

Feminist Icons: Clarke Griffin, Octavia Blake, Lexa, Raven Reyes... I will run out of room in this article if I list them all.

I seriously would be here all day if I tried to list all the feminist icons you can take from a show like The 100. Despite being an ensemble cast, that ensemble is full of so many women with so many life experiences, personalities, and ambitions that everyone can find a favorite. Season 2 even took the diversity a step forward by introducing a storyline for main character Clarke Griffin, revealing that she's actually bisexual, giving us LGBT representation on a show that occasionally has issues with diversity. (Yes, I am still bitter that — spoiler alert — Wells Jaha was killed off in Season 1.)

Seasons: One season down, and poised for a Season 2 with an even bigger murder mystery than the previous one.

Feminist Icons: Depending on your definition of the word "icon," Annalise Keating is the obvious choice, but I have a particular love for Michaela Pratt's "I love me" speech.

Everyone on How To Get Away With Murder is a terrible person. No, seriously, everyone. So if you're looking for a hero, you're better off watching any other show. However, the show gives us many feminist antiheroes, especially in main character Annalise Keating. We want to be her and simultaneously hope we'll never become her, because Annalise has used everyone in her life in pursuit of her goals, but she knows who she is, what she wants, and never accepts anything less than what she deserves. And, well. I want "Guess what? I love me" emblazoned on a t-shirt for all time, OK? Thanks, Michaela.

Feminist Icons: Abbie Mills and Jenny Mills and, yes, Katrina Crane, despite being largely hated by the fandom.

Sleepy Hollow is the best show you're not watching. The cult hit has a very loyal and vocal fan base, and is one of the few shows of its kind to star a woman of color alongside Tom Mison. It's a supernatural, action-adventure show about the end of days that makes the only two people capable of stopping it an African-American woman and her time-displaced sidekick, not to mention giving us a diverse cast including her African-American boss (later replaced by a Latina) and her African-American sister. All trying to stop the Apocalypse from happening. Again, why aren't you watching this show already?