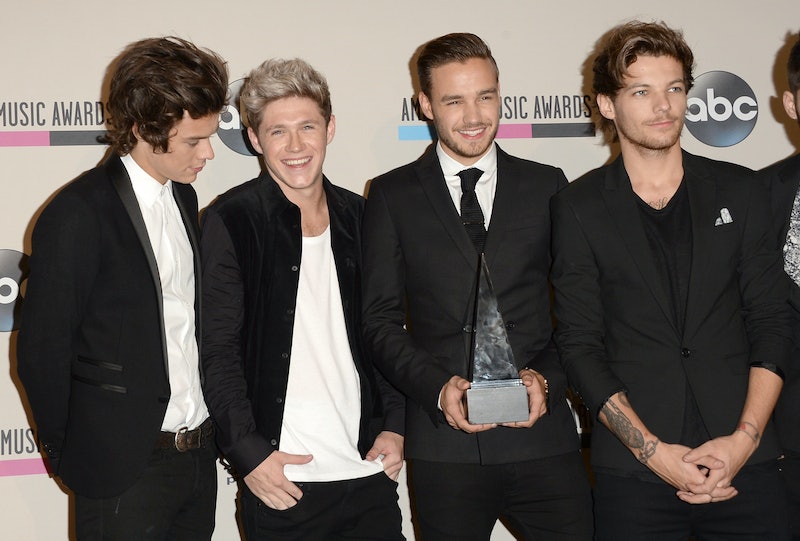 Save for a Kanye West outburst or a few impassioned, political, or socially conscious acceptance speeches, award shows are typically drama free. Less important, petty personal issues are usually shelved for those few hours, but the 2015 Billboard Music Awards are putting that sentiment of honor to the test. According to Us Weekly, One Direction present at the Billboard Music Awards on May 17, effectively making their first Zayn Malik-less awards show appearance. I have a feeling that despite our anticipation, Malik probably won’t be sharing in our jubilation.

The site points out that the Billboard Music Awards, "will be the group's first major red carpet event" since the band became a group of four back in March. The only other television appearance they have coming up before this is James Corden's The Late Late Show on May 14.

While an appearance without Malik sounds controversial, and I suppose in a way it’s going to be, this is actually a fantastic opportunity for the band. So much of One Direction’s post-Zayn life has been sort of a mystery, kept under wraps, blurted about in cryptic tweets, or off in the distance due to their world tour, but now the rest of the gang has the opportunity to reaffirm themselves as the superstars they are, one man short or not.

If you’re still skeptical about how One Direction’s Billboard presentation is going to go, here are the reasons why it’s a positive thing for the band.

It's a show of solidarity

After the Zayn Malik/Naughty Boy vs. Louis Tomlinson Twitter incident, it'll be good to see "the boys" together, supporting one another and knowing that they stand by Tomlinson. Or, at the very least, have forgiven him for his role in the fight.

And let's be real, they sort of need it.

It proves that they're here to stay

Yes, they lost Malik but that doesn't mean all is lost. They're four talented dudes with an incredible fan base and an enormous amount of success.

It will give fans reassurance

It's been a tumultuous time for Directioners' fragile hearts and seeing these British (and Irish!) beauties in the flesh will give them confidence that the rest of the group isn't going anywhere.

It's just good to see them, ya know?

It gives them a public forum to reintroduce themselves

They're still One Direction, of course, but they're One Direction... rebooted. Without Malik, the dynamic has no doubt shifted and it'd be prudent for them to address it, own it, and move onward and upwards from there. I'll see you guys, May 17!