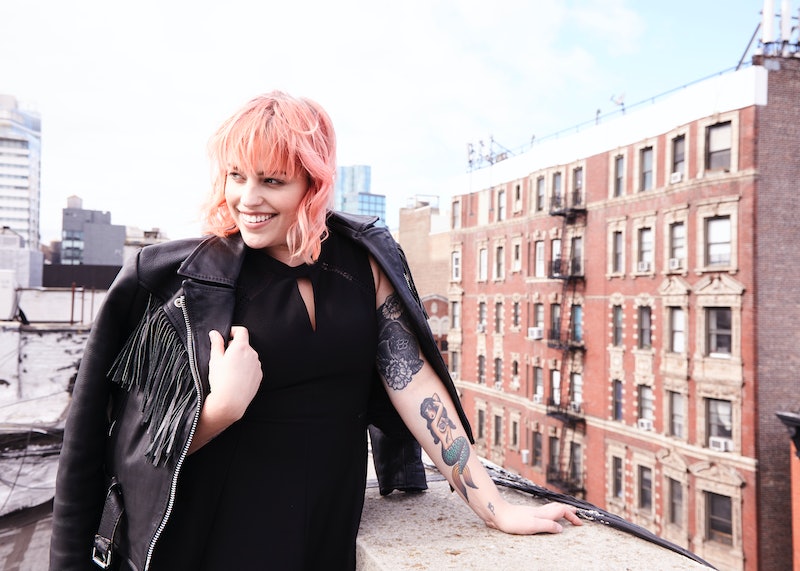 When Dictionary.com announced that it was adding a whole bunch of new words to its database this week, we finally got some definitions for a number of terms we've been using for a while — but possibly incorrectly. Case in point: We now know what "glanceable" means... and it turns out it's a lot more specific than we thought. These days, it pertains almost exclusively to information gathered on electronic screens; it didn't always, though. So where does "glanceable" come from? I did a little digging to see if I could figure out how its meaning morphed from one to another. The road was a little twistier than I was expecting it to be, and amittedly there are still a few holes; still, though, it's interesting all the same. Let's take a look, shall we?

This one's easy: According to Dictionary.com's new definition, it “[notes or relates] to information on an electronic screen that can be understood quickly or at a glance.” A secondary definition also describes it as, “enabling information on a screen to be quickly understood.” It's an adjective, so it can be used to describe other things; as a noun, it becomes “glanceability” (where something that possesses glanceability is said or understood to be glanceable).

Here's where the story gets a little more complicated. Dictionary.com puts its origin at 2010, but its Urban Dictionary definition actually dates back to December 10, 2009. At the time, its meaning was a little more general; it's described as “able to be quickly glanced at and recognized,” with the example given being, “That road sign was ridonculously glanceable.” Bonus points to whoever designed that road sign, because an easily readable road sign is a rare and beautiful thing.

Yes, I'm reusing that GIF from yesterday. It's the perfect example of how we look when we're reading something glanceable.

So: How did we get from the general form of “glanceable” to the electronic device form of it? I suspect it has something to do with the fact that somewhere in between those two bookends, it emerged as a graphic design term. Indeed, Wiktionary's definition of the word — “understandable at a glance, or with occasional glances, and therefore requiring only minimal attention” — also specifies that it's “of graphics.”

A post published on advertising firm Deutsch Inc.'s blog on April 18, 2013 offers one of the most comprehensive primers of “glanceability” as a design concept on the web. From its opening sentence — “A new catch phrase has been slowly gathering traction in the tech and design communities in the last few years” — we can glean that it's been on the rise since its Urban Dictionary days; the post goes on to specify that “glanceable design is really quite a simple idea”:

People are increasingly overwhelmed by the amount of information they need to process on a daily basis. So why not create simple “glanceable” interfaces that let them see their most important data at a glance, with little or no interaction required?

This trend seems to have both human productivity and usability in mind. Research firm Gartner says that glanceable displays should “convey minimum and specific information in a way that is designed to exploit the 'preattentive' processing ability of the human brain.” English translation: They keep you up to date but don't distract you from what you are currently doing — whether that is attending a meeting or taking a run.

So that's where the electronic aspect of the current definition comes from. I'm speculating a little bit here, but my sense is that as glanceable design in websites, apps, operating systems, and more became more prominent, use of the term filtered down to laypeople — that is, folks who aren't graphic designers, but who use the products created by them — as they described what worked for them and what didn't: That is, the interfaces that were easiest on the eyes, allowing them to pick up the most information with the least amount of fuss.

What Will It Mean In the Future?

My sense is that “glanceable” will become increasingly used in terms of tech and less frequently encountered with regards to things like road signs. For example, ZDNet hypothesized last month that the success of devices like the Apple Watch will depend on whether or not app designers and developers are able to master what they've termed “glanceable moments”:

Here's a rule of thumb: People will stare at a desktop screen for three minutes. They will spend 30 seconds on their smartphone. But they will spend only three seconds with a watch app. That's a glanceable moment: Three seconds to communicate vital information, deliver a service, or help someone take action.

No, not that kind of glanceable moment, Kirk and Spock.

However, iMediaConnection proclaimed in March of 2014 that “the future is glanceable, not wearable” — that is, glanceability shouldn't just be limited to things Apple Watches. Citing both examples like Krispy Kreme's “Hot Now” sign (a tactic used to entice people to buy fresh donuts) and Ambient Devices' home power consumption meters, the site made the point that “there are countless opportunities to create contextual cues and information for customers that help improve experiences with a brand”; being able to do this in such a way that prioritizes critical information will be the key, no matter what medium your message is communicated through.

Glanceability as a trend certainly doesn't look like it's going away anytime soon. So let's get used to it, shall we?