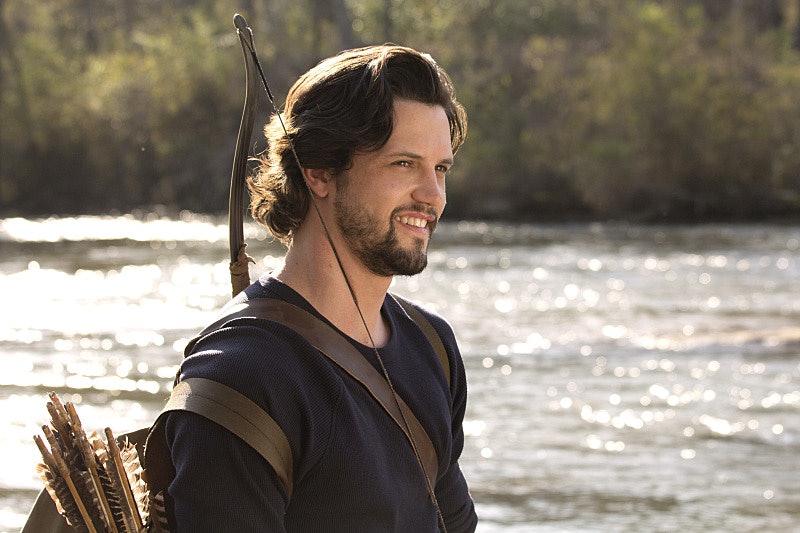 It's always hard to predict what a show has in store for us by the end of the season, but when it comes to something like The Originals Season 2 finale, it's a safe bet to assume that a major character death will more than likely be involved. But, I mean, what do you expect from a series that plays host to so many supernatural creatures? When you put them all in a room together, a massive killing spree is bound to ensue, especially now that the war with Dahlia has now come to the forefront. But who could be the one we lose for good? Well, if I was a betting person, I wouldn't be surprised if The Originals killed off Jackson in the finale.

As much as I'd hate to part with a character who's rather easy on the eyes, you have to admit that it kinda does make the most sense. We already lost Mikael and Kol this season (the latter of which should return to us soon), so parting with yet another member of the Mikaelson family seems highly unlikely. You know, considering the fact that this series is based almost entirely on this family and their twisted/tormented ways. Klaus may dagger his siblings on occasion (OK, maybe more like all the time), but it would take a lot to put any Mikaelson into their grave permanently.

Hayley also feels too central to the plot to do away with, while Davina's story has only just started to get really interesting now that she's Witch Regent. And Cami, well, we all know she's probably going to turn into a love interest for Klaus at some point, so she more than likely will stick around as well. The same goes for Marcel in regards to Rebekah. The only person who seems to have already achieved their happy ending is Jackson. Sure, they may be on the run from Dahlia, but he's already gotten the girl of his dreams and became the rightful leader of his pack. And you know what The Originals does with happy endings, right? They crush them.

Seriously, Jackson's life is way too put together for this show. So given that and the fact that he's a beloved, but not pivotal character, his demise almost feels inevitable at this point. Plus, it would once again open up the possibility of a Hayley and Elijah reunion. (Come on, you know we were all thinking it.)

Look, it's not that I want Jackson to die. He seems like a pretty great guy, actually. But whenever someone comes between a major series 'ship like Haylijah, it doesn't bode well for their continued existence. In order for Haylijah to be endgame, something has to bring this marriage to a crashing halt. And what better way to do that than with Jackson's death?

In a recent interview with Entertainment Weekly, Claire Holt herself (who will be returning!) teased that "there’s a huge showdown at the end of this episode, and the outcome will be totally unexpected." We know things with Dahlia are about to come to a head in a big way, so like with most major showdowns, there are bound to be more than a few casualties on both sides. And given how dedicated the wolves are to protecting Baby Hope, I fear Jackson may end up making the ultimate sacrifice to ensure his step-daughter's safety.

More like this
Here’s Who Victor Chooses In The ‘Love, Victor’ Season 3 Finale
By Brad Witter
Who Could Die In The Stranger Things Season 4 Finale?
By Kadin Burnett
The Umbrella Academy Cast Breaks Down That Wild Season 3 Finale
By Gretchen Smail
The ‘Love, Victor’ Showrunner Gave Fans Hope For A Possible Spinoff
By Brad Witter
Get Even More From Bustle — Sign Up For The Newsletter