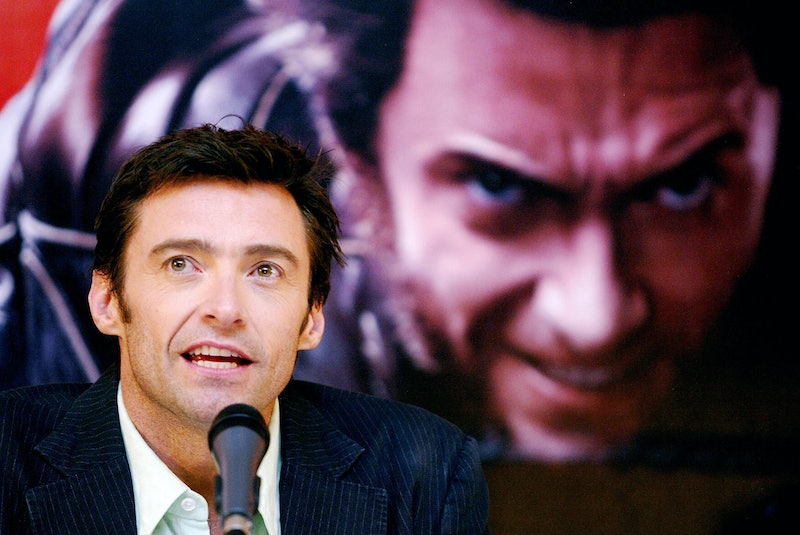 First Jennifer Lawrence and now Hugh Jackman? One by one the actors we know and love who have played some beloved X-Men are starting to move beyond their memorable roles. Jennifer Lawrence confirmed that the upcoming X-Men: Apocalypse would be her last outing as Mystique and now Hugh Jackman Instagrammed a picture of himself wearing his iconic Wolverine claws with the caption: "WOLVERINE …ONE LAST TIME. HJ" What does this mean? Could Jackman actually be ending his run as Logan/Wolverine? Could he really be willing to take off the claws and step out of the role that made him a legend?

We know for sure that Jackman will be taking on one more standalone Wolverine film that will be released on March 3, 2017, so it's possible Jackman's Instagram photo was in preparation for that shoot. But will that be the last time we see the actor in arguably his most unforgettable role? And if so, should someone else take on the role?

We've already seen young versions of many of the famous X-Men in films like X-Men: First Class and the sequel X-Men: Days of Future Past. And X-Men: Apocalypse has cast younger versions of Storm, Jean Grey, Cyclops and Nightcrawler. So could it be at all possible for a younger Logan to make his way into the X-Men films?

Here's the big problem with this idea: Wolverine does not age. As we've already discussed before, because Wolverine doesn't age it makes his potential appearance in X-Men: Apocalypse that much more confusing and creepy if you factor in him potentially interacting with a young Jean Grey and a young Ororo Munroe, both of whom Wolverine has romanced in the comic books and/or movies. So it's likely that despite his starring role in X-Men: Days of Future Past, he will probably be relegated back to a short appearance or cameo for Apocalypse.

We also know that his standalone movie is definitely coming out in 2017 so age-wise, there don't seem to be any issues with Jackman here. But what will happen in this new film? Could Wolverine die? There is a recent comic book series called Wolverines that follows the death of Logan after a virus removes his healing powers. We know from the not-so-great original Wolverine standalone film, X-Men Origins: Wolverine, that Logan originally had bone claws which were taken over by the adamantium. We also know from the second X-Men film, X2: X-Men United, that Logan's nemesis and creator William Stryker created another adamantium-based mutant, Lady Deathstrike. So if Logan were to die, or at least put away his claws for good, could someone else become a Wolverine-like replacement?

I think the only way we could really see Logan again is if the X-Men film team flashback to Logan as a child before he had the adamantium, before he was Wolverine. Though if this were to happen, it would have made more sense to do it in the origin story film where we see Logan discovering his bone claws at a young age, rather than taking on that task now. So if there's a way to see a new Wolverine-replacement, who would takeover that difficult role?

It'd be awesome to see a young actor with great acting chops like Tron: Legacy's Garrett Hedlund or someone diverse like Beyond The Lights star Nate Parker take on a role like this. It would definitely prove to the world that no one could take the place of Jackman's Wolverine and that the X-Men crew would never try. But at the same time, it would give the films some fresh blood. Or even better, why not just give us another iteration of Lady Deathstrike that could take on the X-Men as a villain who had similar abilities to Logan? It could be a nice shoutout and twist to a beloved character that will sorely be missed when or if he's gone for good.

More like this
The 'Hocus Pocus' Sequel Finally Has A Release Date & It Makes Total Sense
By Shannon Barbour and Radhika Menon
Everything You Need To Know About The 'Knives Out' Sequel
By Grace Wehniainen
Everything To Know About 'The Hunger Games' Prequel Movie
By Grace Wehniainen and Radhika Menon
What Does The Presley Family Think Of 'Elvis'?
By Arya Roshanian
Get Even More From Bustle — Sign Up For The Newsletter