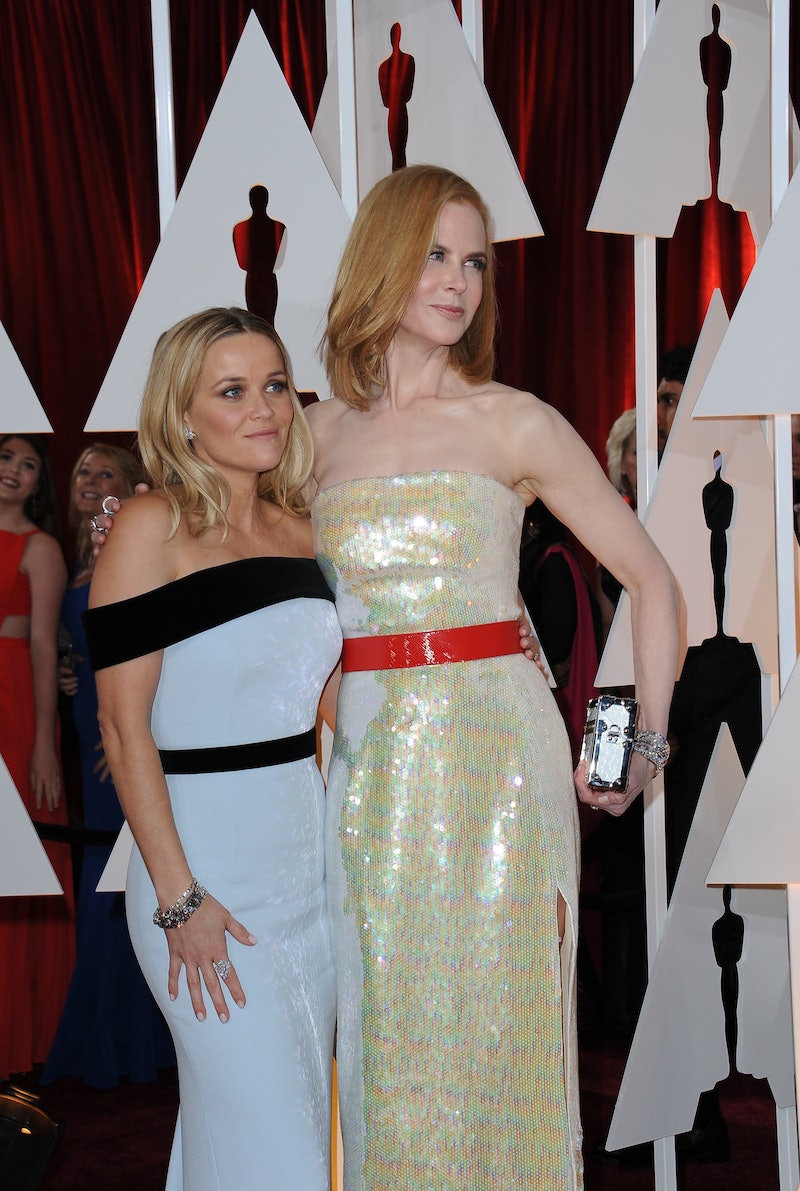 This news calls for cupcakes and sequined leotards: Tracy Flick and Satine are coming to a television set near you! According to Variety, HBO has snatched up Big Little Lies , David E. Kelley's adaptation of the Liane Moriarty novel of the same name. Last fall, it was announced that Reese Witherspoon and Nicole Kidman had signed on to star in and produce the limited run series, and after some shopping around, Big Little Lies wound up on the Home Box Office network.

The dark dramedy follows three mothers of kindergarteners in the same class. They are perfect, their lives are perfect, everything is perfect, et cetera. But things begin to get less perfect. And then, A MURDER HAPPENS.

AUGHHHHH I can't wait to watch Kidman and Witherspoon slay the small screen together.

Great question, Grace Stewart from The Others. This duo really does seem too good to be true.

My body is ready.

The person who penned the Big Little Lies script is the person who was at the helm of acclaimed shows like Ally McBeal, The Practice, and Boston Legal.

THIS MINISERIES IS IN TERRIFIC HANDS.

OK, I haven't read it, but word on the street is that Moriarty's novel rules. Great source material = a great starting point for a TV show or movie.

I am a macabre gal, so yes, I am totally on board with a dark comedy about perfect moms 'n' murder.

A group of perfect ladies’ whose idyllic lives are besmirched by murder? Again, I haven't read the book, but Big Little Lies sort of sounds like PLL: The Adult Years. And I am here for it. (Also, I keep reading Big Little Lies as “Big Little Liars,” which only adds to the PLL vibes I'm catching.)

Three of my favorite shows of all time: Twin Peaks, Scooby-Doo, Where Are You!, and PLL. I dig a good whodunnit. And Big Little Lies sounds like a damn fine cup of coffee, er, whodunnit.

More like this
Yes, Joseph Quinn Is Actually Playing The Guitar In This Epic 'Stranger Things' Scene
By Alyssa Lapid
Florence Pugh & Zoe Kazan Have Teamed Up For A Major New Netflix Series
By Rachel Mantock
Jurnee Smollett’s Heart Is Healing
By Rebecca Carroll
What’s New On Netflix: Lana Condor’s Ghostly Comedy & A Sexy Reality Series
By Arya Roshanian
Get Even More From Bustle — Sign Up For The Newsletter