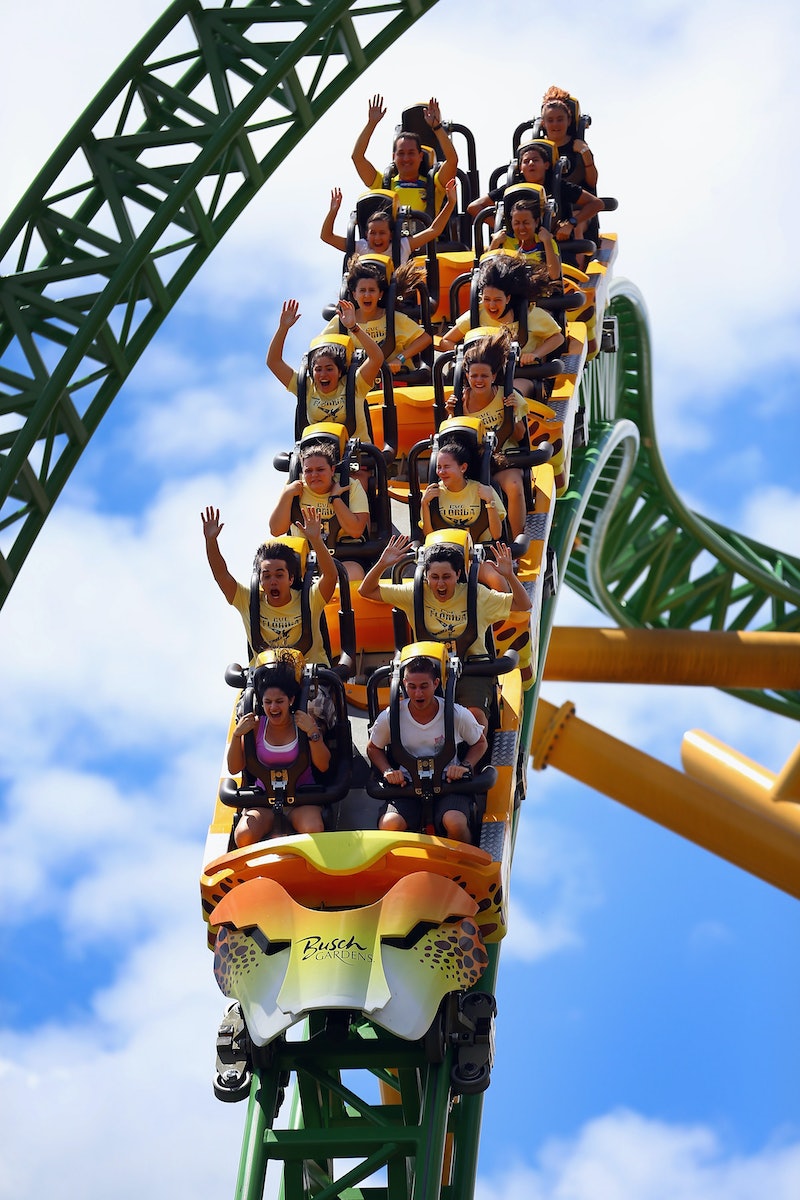 Until recently, I had a debilitating fear of roller coasters. I was a nervous child and something about TOPPLING THROUGH THE AIR AT WARP SPEED just seemed really unnecessarily terrifying. Do you know how often roller coasters get stuck upside down? It's enough times to make any little kid have a panic attack. Speaking of panic attacks and roller coasters: There's now an amusement park ride that simulates death which sounds like the worst idea of all time. I'm not an American roller coaster connoisseur but that just seems like a disaster waiting to happen.

The Independent did an entire story on the cremation aspect of this amusement park ride:

Once inside (a coffin), players are then blasted by hot air (up to 40 degrees Celcius) and light to create an "authentic experience of burning", according to its creators, Huange Weiping and Ding Rui.

When the "burning" is over, volunteers see a womb projected on the ceiling and must crawl until they reach a large, white padded area—supposedly representing the birth canal?—where they are "reborn."

I have no further comment, because I'm actually about to be sick.

Here are 5 other heart-stopping amusement park rides that you should absolutely would never go on:

The first strike against this is that you'd have to go to New Jersey to ride it. It's at Six Flags and is currently the highest roller coaster in the world. That's just not the high you should be trying to get.

2. The soda can coaster in Iran at Eram Park

It's called the "Tehran Neck Cracker." NO. Absolutely not. I truly don't understand all the parents who think it's a good idea to let their kid on a "neck cracker." According to CNN, the neck cracker "plays fast and loose with physics by flinging passengers in a such a tight loop they can almost see the backs of their own heads." This is all sorts of science I hope never to be a part of.

Those screams? Thanks, I was really hoping to not sleep for the next week. In Nepal, they took your average roller-coaster and then made it go 11 times faster than your average ride.

Last time I saw a twister this bad, I was watching The Wizard Of Oz (NAILED IT). Also, this screaming child is by no means selling the ride well. Like, if an adorable, free-spirited kid is screaming, you can bet the rest of us will be too.

5. The ghost train in Azerbaijan

The world's a scary, scary place.