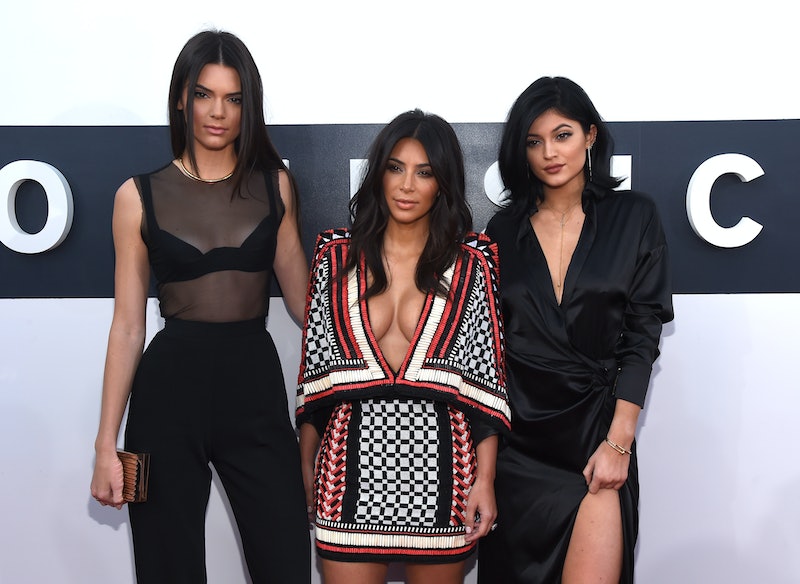 Although she's received a lot of mixed feedback since coming clean about her lips, it's nice to know Kylie Jenner always has her family's support. According to E!, Kim Kardashian says she's proud of Kylie Jenner for speaking up about her lip fillers. After months of wondering how her lips got so big — whether from over-lining, plump products, or legitimate injections — the truth has now been revealed, so we can all sleep at night.

In an interview with E! Online during the elder sister's book tour, Kim expressed how proud she was of Kylie for stopping the insane rumor mill that has been taking over her life. Kim also defended her little sister, saying that although she never told the complete truth, she never lied. "I think that, you'll see on the show, is that for a long time, Kylie really was over-lining her lips," Kim said. "And people thought at that time that she had done something, and she really didn't." According to Kim, Kylie was "over-lining" her lips for a really long time before she decided to take the step toward fillers.

And as cool as it is that Kylie opened up about it, and Kim supported her for it, I still am processing the fact that a 17-year-old is using lip fillers in the first place. Alas, I have to remember that Kardashian life is nothing like real life.