It's funny that this was the one thing that was teased so heavily before the reunion aired when it was barely brought up until the episode was almost over. But NeNe walked out of The Real Housewives Of Atlanta reunion in tears after therapist Dr. Jeff brought up her mother, even though she was stone faced through the rest of the discussion. Even though the rest of the ladies attempted to understand her issues and sympathize with her choice to walk out, the minute conflict arose about how responsible NeNe was for disrupting the season, she got upset and walked out.

We also learned exactly what happened between Cynthia and NeNe in great detail, all told by a frazzled Cynthia Bailey. At first, NeNe's "bitch" comment was considered inappropriate but acceptable. But in Vegas for New Year's Eve, the show aired, and they got into a fight over the comments. The friendship was officially over, and everything else that happened between the ladies stemmed from that. All of the times they supposedly made up, Cynthia claimed the emotions were real but the reconciliation was not. NeNe put on this robotic, uncaring act, just saying that she "wished [Cynthia] well," and saying the only reason why she even bothered with Cynthia anymore was because of how close they used to be.

And Claudia finally arrived, after staying quiet for most of the rest of the session, and refused to play along with NeNe's version of the Puerto Rico conflict and insisted that NeNe was in the wrong for calling her a "half breed" — something that NeNe should have been more criticized for earlier in the season for sure.

But that didn't bother her. She got emotional only after Dr. Jeff brought up her mother. 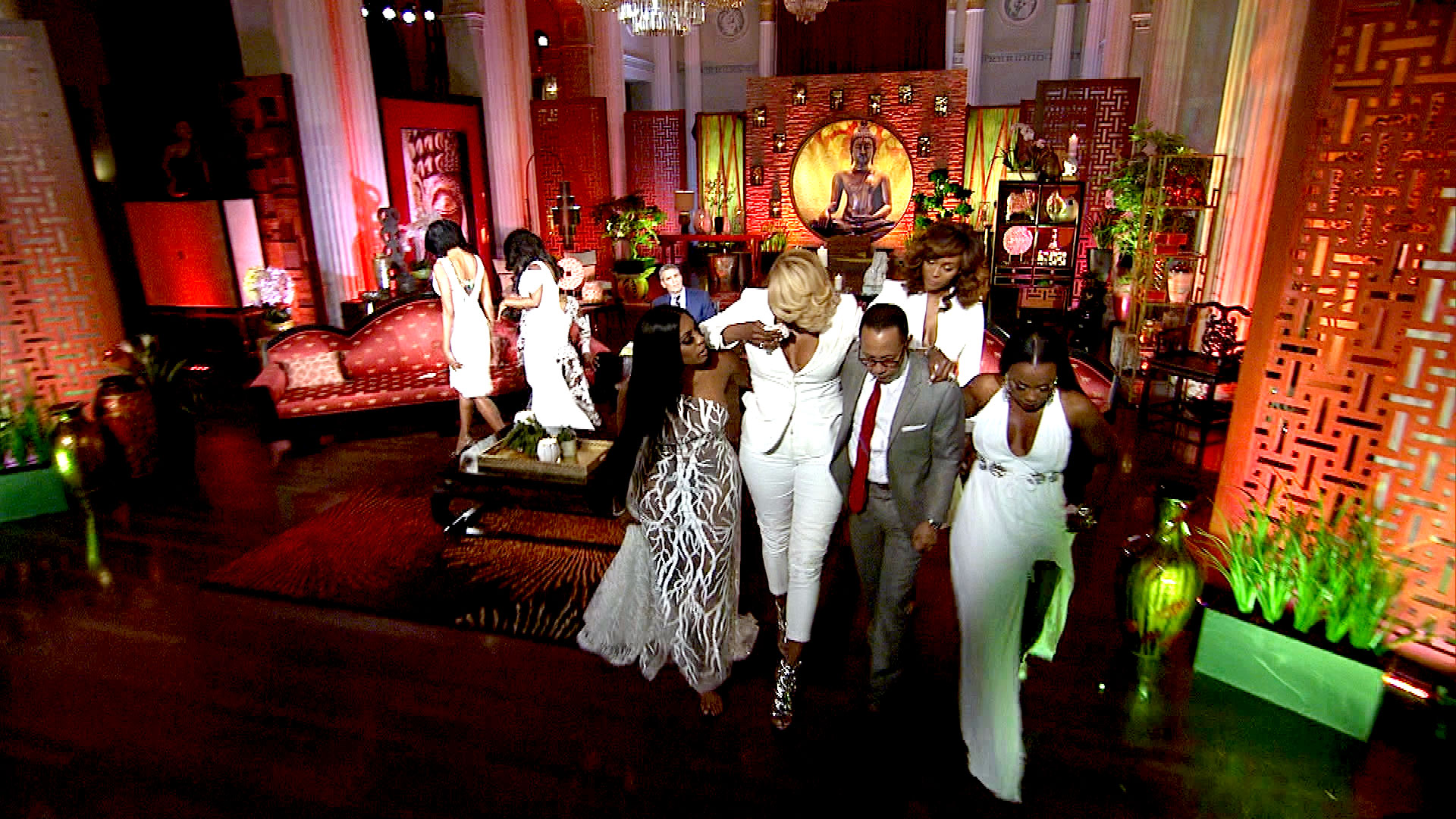 But one of the first people to express their affection towards NeNe was Cynthia, assuring her that "you made it." Kenya also chimed in, promising that she wants to move on, but NeNe refused to discuss her mom, and eventually walked off of the set. Half the cast walked out with her, but the ones who remained called the emotional outburst "a breakthrough." Gregg got the go-ahead to share the story, which is that NeNe and her brother were sent to be raised by her aunt, while her other siblings were able to be raised by their mother. Those must be some serious abandonment issues.

But NeNe is a hard worker, and she returned to the set with just a quick makeup adjustment. Every Housewives of Atlanta reunion needs a big, dramatic moment, and this time, it will probably result in another set of new rules: no more therapists on the set.