Sonja Morgan might not be your favorite member of The Real Housewives of New York cast, but you have to admit that she's one of the most unique. And one of my favorite things about her is Sonja Morgan's Manhattan townhouse, a.k.a. my personal dream house. Yeah, if I owned that beautiful building I'd probably prioritize repairing the hot water and plumbing over buying new clothes for a night out. But that's just one of the many things that Sonja can make charming, against all odds. She also makes farting during yoga relatable and going topless seem trendy, and while I don't think I'll be hiring a homeless Irish teen to do my social media anytime soon, that does explain some of her scattershot posts.

There are a lot of things that are amazing about the house, but the number one thing that is amazing about Sonja's place is that she's still got it. Her financial problems have been a storyline on RHONY for the past few seasons now, from her various ventures as a businesswoman (both successful and unsuccessful), to her worries about settling her divorce and if she'll even have the ability to provide for her daughter considering her ongoing bankruptcy.

And Sonja put her house on the market almost a dozen different times over the past few years, collected handily into one place by Celebuzz back in 2013. Even through all of those different on and off-market times, she never parted with the place, and it remains her perfect, one of a kind, perfect Sonja Morgan dream house. There are tons of reasons why this place is awesome, but I'm willing to narrow it down to just these few:

Most people who live in Manhattan don't own their own house. The majority of the other Real Housewive of New York either own or rent apartments — LuAnn owns a home, but it's way out in the Hamptons. But Sonja gets multiple floors all to herself, right in the hustle of the Lenox Hill neighborhood.

2. There Are Always Plenty Of Toaster Ovens

Need to crisp up your bread with butter already on it? Tired of crushing your thick, chewy New York bagels? Well, look no further than the many prototypes of Sonja's toaster ovens, left over from her "domestic goddess" phase.

3. Facials Are Conducted On The Premises 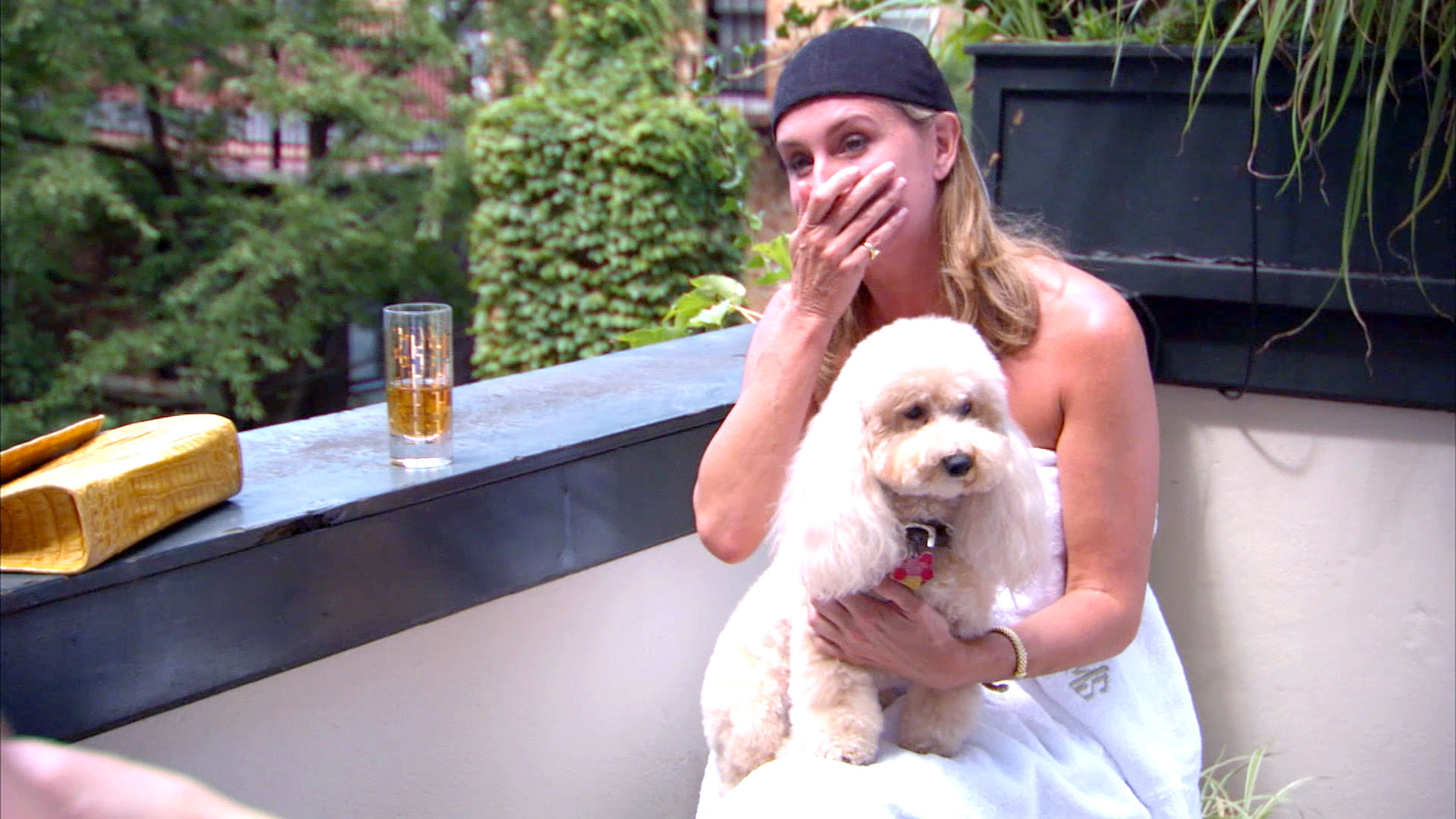 Any gossip that you hear about former Countess LuAnn is inadmissible at your next social gathering, but you'll come away with the best skin of your life.

4. You Get All The Beauty Of Central Park

Not sure if I can imagine Sonja sweeping flower petals off the patio, but her terrace is beautiful, and looks like something that wouldn't be out of place 100 years ago.

5. There Is No Fear Of Slut-Shaming 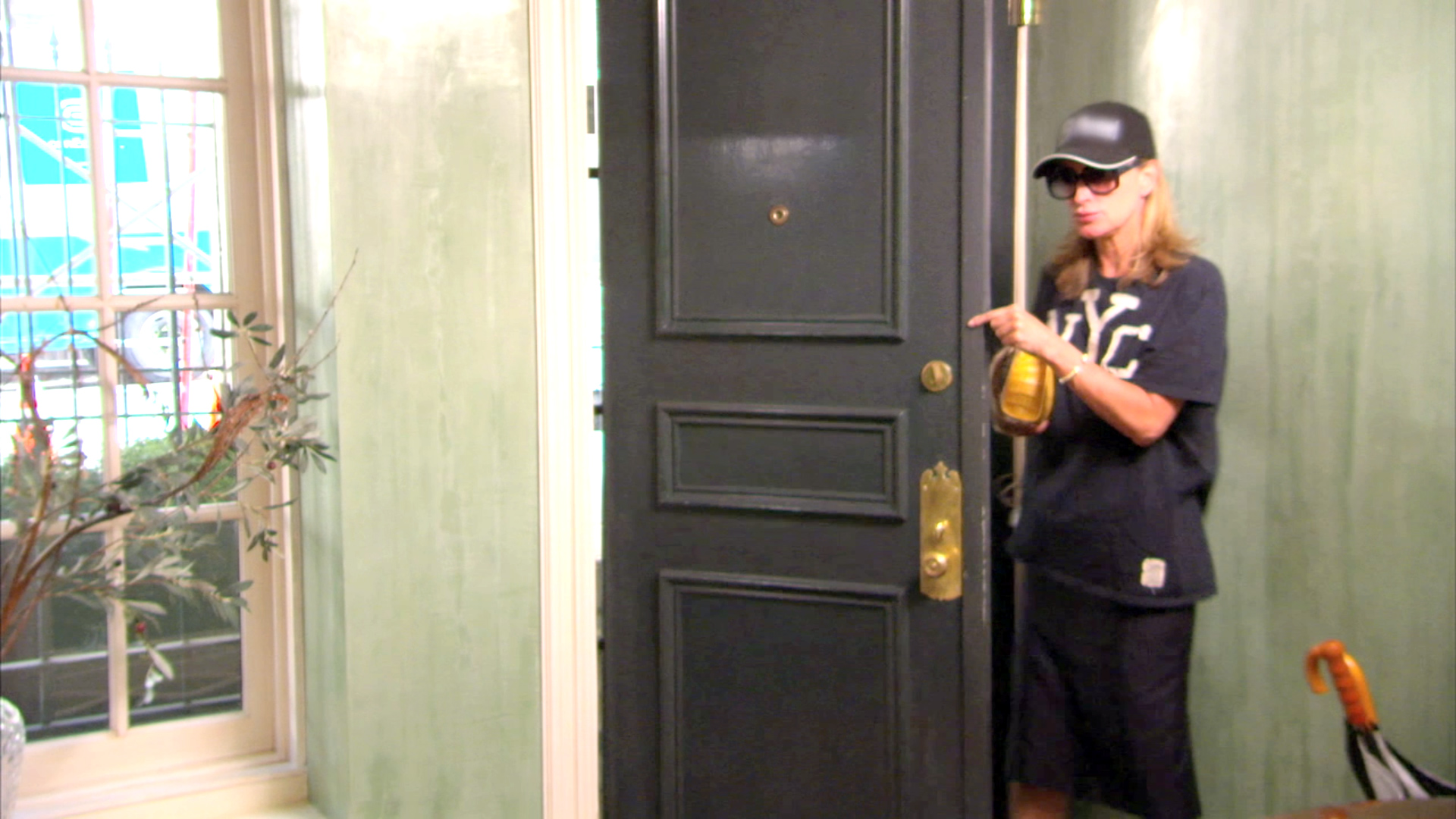 As you can see in this clip from RHONY Season 6, the scaffolding out front provides shade for hungover eyes. The guests are treated to a quiet sit on the porch while you hastily change out of last night's clothes.

6. Anything Can Be Solved With An Abundance Candle 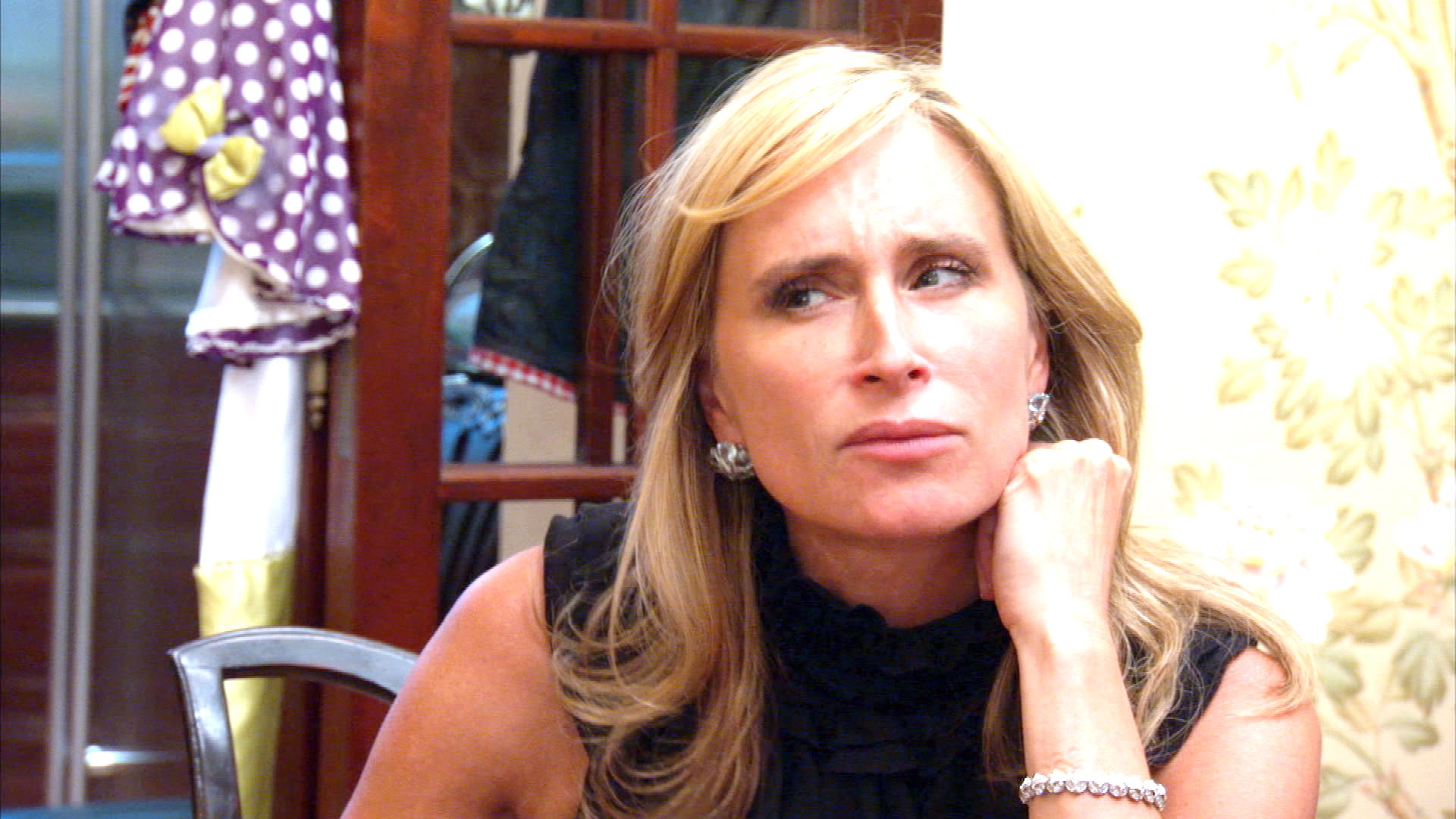 Even when Sonja's financial situation was going much worse, she just lit a candle and all was solved. That is, when she could find one.

Sitting in the tub never felt so luxurious.

While Sonja's decorating style might be a little dated, those huge wooden armoires can hold a lot of clothes, bags, and shoes — and we know Sonja hates to throw anything away. Now, she doesn't have to!

9. It's The Perfect Place For A Dog To Grow Up

Most wacky rich ladies are all about the cats, but Sonja's place is for the dogs. We saw the tragic death of Milou, and now she has a new pet dog, Rouge.

In Sonja's house, Game of Thrones gets brought up while folding towels in the bathroom. Even when there's five bedrooms and bathrooms' worth of chores to do, that doesn't mean that there's any excuse to be behind on the latest cable shows.

Fans of the cult classic documentary (or the musical adaptation/HBO version with Drew Barrymore and Jessica Lange) about a pair of Jackie O's distant cousins living in a crumbling Long Island mansion will know just why Sonja's crazy townhouse is so appealing. Sonja Morgan is a Little Edie Bouvier Beale for the twenty-first century, from her mix of practical advice and vanity to the ramshackle condition of her huge mansion. But it's the source of all of Sonja's (and, more importantly, her townhouse's) many charms.